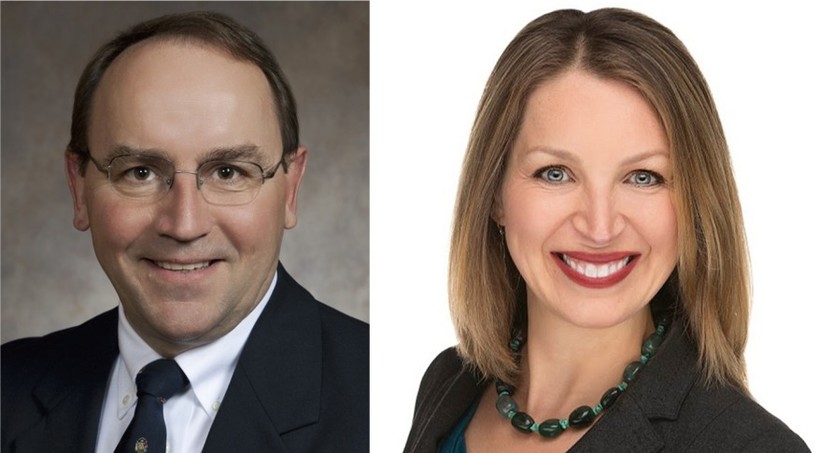 State Sen.Tom Tiffany and Wausau School Board president Tricia Zunker debated on WPR ahead of the May 12 special election. Photos courtesy of the candidates.

Northern Wisconsin District's Election Is May 12
By Rob Mentzer
Share:

Republican state Sen. Tom Tiffany and Democrat Tricia Zunker, the Wausau School Board president and a Ho-Chunk Supreme Court justice, are vying for the open congressional seat that’s up for election Tuesday, May 12.

During the debate that was conducted via video conference, both candidates pledged to help small businesses weather the impact of the new coronavirus and measures to slow its spread. But the wide-ranging, combative debate included contrasts on their approaches, priorities and political alliances.

In an exchange on how and where to lift social distancing requirements, Tiffany said he supported a regional approach that could mean northern Wisconsin opens up before other parts of the state.

"I think that we can steadily, gradually reopen Wisconsin, including northern Wisconsin, because I think people are being responsible out there," Tiffany said.

Zunker called that approach, which could bring thousands of tourists to the Northwoods in coming weeks, "incredibly risky."

"My opponent supports a regional approach, and unfortunately coronavirus does not stop at the county line," Zunker said.

Zunker noted Tiffany had issued a statement critical of Congress’s first coronavirus relief bill. Tiffany, a former owner of a river cruise business in the Northwoods, said he objected to the bill's mandatory sick leave policy, and that he believed other policies to protect workers would have been more effective. 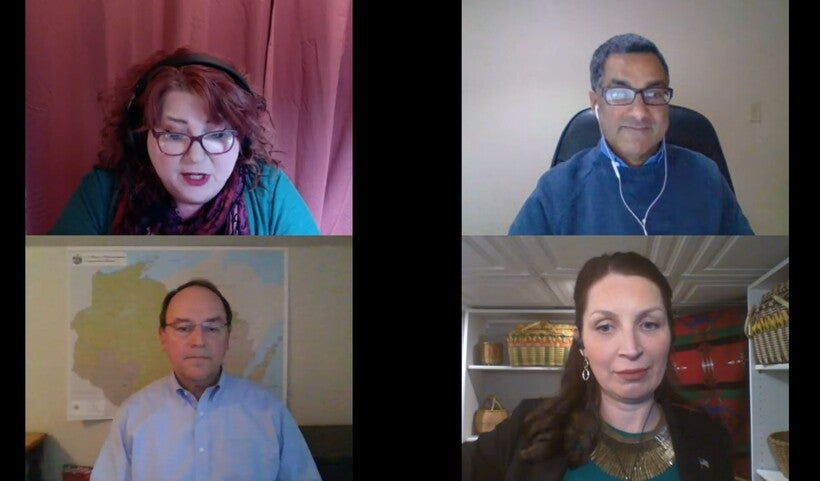 In a screen shot from their Monday, May 4, 2020 debate, Tom Tiffany, bottom left, faced off against Tricia Zunker, bottom right, ahead of the Tuesday, May 12, 2020 special election in the 7th Congressional District. The debate was broadcast on WPR stations and moderated by Shereen Siewert, top left, and Robin Washington, top right.

Both candidates said they'd seek a seat on the House Agriculture Committee to help farmers weather the economic downturn.

"I'm going to dedicate my time to the work of making sure that our farmers are going to make it through this difficult time, to make sure that we build that bridge," Tiffany said.

"My opponent has made it very clear that he aligns himself with President Trump, that he will be a rubber stamp for anything that Trump does," Zunker said. "And President Trump is why our small and mid-sized farmers have been hurting."

Tiffany has run as a close ally of the president. He said it’s important to reelect Trump because there is "no better person to lead us back to prosperity."

The 7th Congressional District, which includes much of central and western Wisconsin as well as the Northwoods, is a mostly rural district. It went to Trump by 20 points in 2016. The special election will fill the seat vacated by former U.S. Rep. Sean Duffy, R-Wausau, who resigned in September.

The debate was moderated by Shereen Siewert, host of WPR's "Route 51," and Robin Washington, host of the Superior-based WPR talk show "Simply Superior."