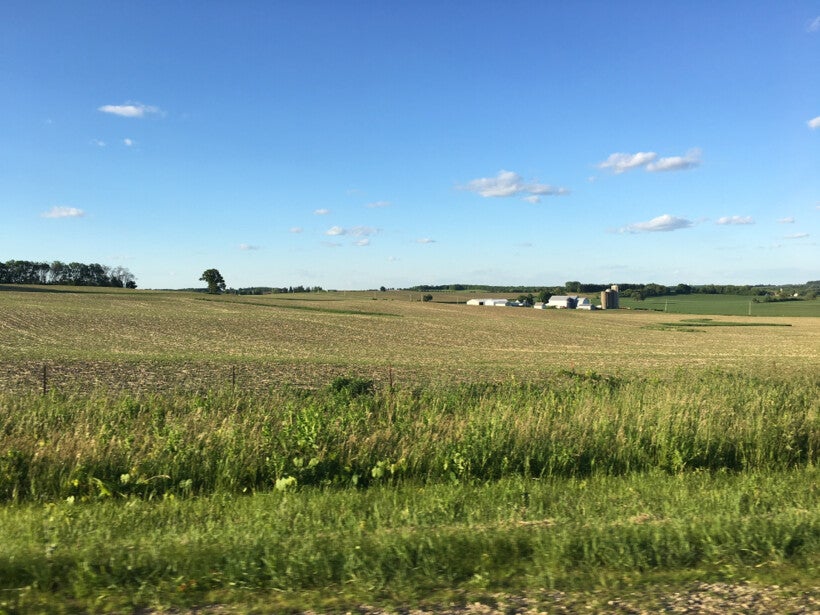 After Years Of Holding Steady, Value Of Wisconsin Farmland Starting To Decline

After years of remaining steady, Wisconsin farmland values have started to decline.

That’s according to the latest report from the Federal Reserve Bank of Chicago, which represents the southern, central and eastern regions of the state.

A quarterly survey of agricultural bankers found Wisconsin farmland values declined by 4 percent from January 1 to April 1. The report points out that much of the economic activity in this quarter happened before the COVID-19 pandemic hit the ag industry.

Wisconsin was the only state in the Federal Reserve’s 7th District that saw a decline. Farmland values in Illinois increased by 1 percent over the quarter, while Iowa land values saw no change.

Simon Jette-Nantel, professor from the University of Wisconsin-River Falls, tracks data on land sales from the state Department of Revenue. He said he isn't surprised to see land values down in the first quarter of 2020 after demand started to decline in 2019, especially in the eastern part of the state.

"All the area between basically Green Bay, Madison, Milwaukee, that's where the market has softened the most," Jette-Nantel said.

Jette-Nantel said continued low milk prices for much of 2019 likely had a big impact on land values. He said dairy farmers who have exited the industry in recent years have likely been growing crops or renting land.

"Maybe that's what we started to see in 2019," Jette-Nantel said. "They had been in the exit process for a number of years and finally, the time had come to actually sell some of their land."

He said interest rates also have a major impact on prices, with most farmers relying on loans to make land purchases.

Scott Bortolini, owner of Cornerstone Appraisal in Kewaunee, said he did see some downward pressure on land values at the start of this year. He said the trend has become a lot worse since the COVID-19 pandemic disrupted supply chains and sales, causing commodity prices to plummet.

Bortolini said he has seen some land sales fall through because of the pandemic.

But Jette-Nantel said there are a few factors that could help protect land values from the impact of COVID-19. He said most landowners want to hold on to their land during times of low demand.

"They may have to let go of certain enterprises like dairy. But if they can hang on to the pieces of land, that reduces the supply on the land market and that will help us maintain value in land properties," Jette-Nantel said.

He said a slight improvement in dairy prices at the end of 2019 helped some farms pay down their debts, putting them in a better position to weather the current downturn.

"It's always controversial to have investors stick their nose into rural properties and the rural land market. But a number of those investors might right now be looking for more stable long-term investment," Jette-Nantel said.

But Bortolini said he doesn’t think outside investors have a large presence in northeastern Wisconsin where he works.

He said most of the non-farm buyers have been rural neighbors looking for a steady income. But Bortolini worries the current declines will shake their faith in the steady appreciation of farmland.

"If buyers don't believe or are starting to doubt that there's any kind of short-term appreciation, they might be pulling back a little bit," Bortolini said.

The Federal Reserve report found 52 percent of surveyed bankers expected farmland values to remain stable, while 48 percent expected them to fall in 2020.