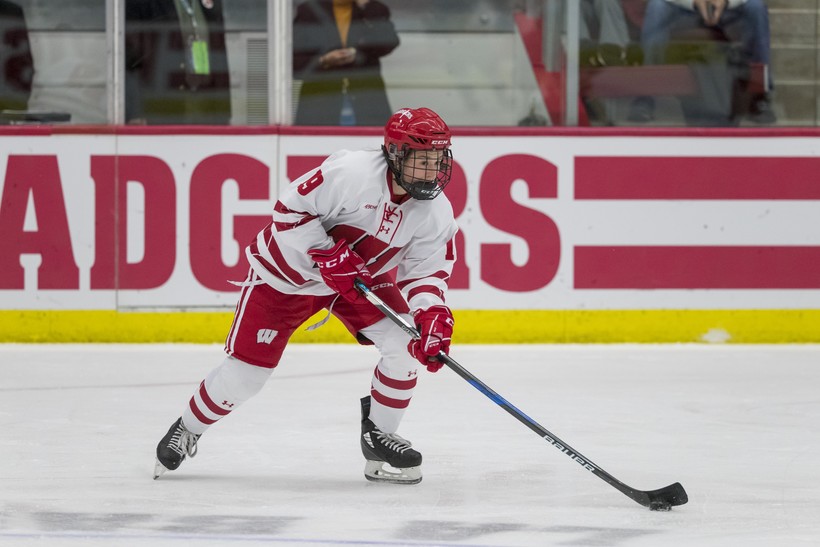 Wisconsin Badgers forward Daryl Watts was named the conference's preseason player of the year in 2020. Photo courtesy of David Stluka

No. 1 Badgers To Face No. 5 Buckeyes Friday And Saturday
By Megan Hart
Share:

The Badgers are back in action this weekend after a long layoff that head coach Mark Johnson compared to the film "Groundhog Day." The team has been training for months — now it's time to test their progress.

No. 1 Wisconsin will take on No. 5 Ohio State Friday and Saturday, before traveling to play No. 3 Minnesota the following weekend. It’s still unclear exactly how this college hockey season will play out amid the pandemic, but the Badgers say they’re just excited to finally face an opponent.

"It’ll be a fun series. I’m anxious for our players to get a chance to play again, probably most importantly for all of us to get an understanding of what we look like in a game," Johnson said.

Ohio State and Minnesota faced off to open their seasons last weekend, splitting a pair of games. Johnson called the Buckeyes a worthy opponent, noting their aggressive style of play. Last season, Ohio State beat Wisconsin to win the conference championship, before the NCAA tournament was canceled.

"We’ll get tested quite a bit in those six periods we play down there, but that’s how you get better. You’re looking for good, solid competition, especially early in the season," Johnson said.

The Badgers will fly to Columbus, Ohio, on Thursday and share a Thanksgiving dinner before beginning their season Friday. Wisconsin won’t play its typical 34-game schedule this year due to coronavirus concerns, Johnson said. For now, the Badgers have eight games on the calendar through mid-December. 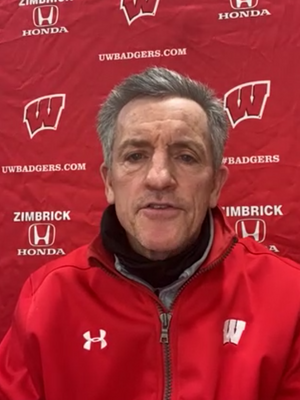 Wisconsin is returning senior Daryl Watts, who led the NCAA in scoring last year. She was named the conference’s preseason player of the year this time around. Goalie Kristen Campbell, who helped lead the team to its 2019 national title, graduated earlier this year, leaving an opening at the position. Johnson said he’ll decide Thursday who’ll start the season in goal for the Badgers.

Graduate transfer Kennedy Blair, who came to Wisconsin from No. 10 Mercyhurst, is one of the goaltenders vying for the starting role.

"There are big shoes to fill. I know Kristen Campbell left a legacy here that someone else has to fulfill now. I know all four goalies have been working really hard to try to fulfill that spot," Blair said.

Recently UW Athletics dealt with a major coronavirus outbreak among players and staff on the football team. Blair said she and her teammates are being tested daily, except Sundays, and taking precautions to stay safe. They're excited to get back on the ice, she said.

"I think we’ve been training really hard. It’s crazy to think that we haven’t played games for eight months, so I know a lot of the girls are anxious and waiting to play," she said.