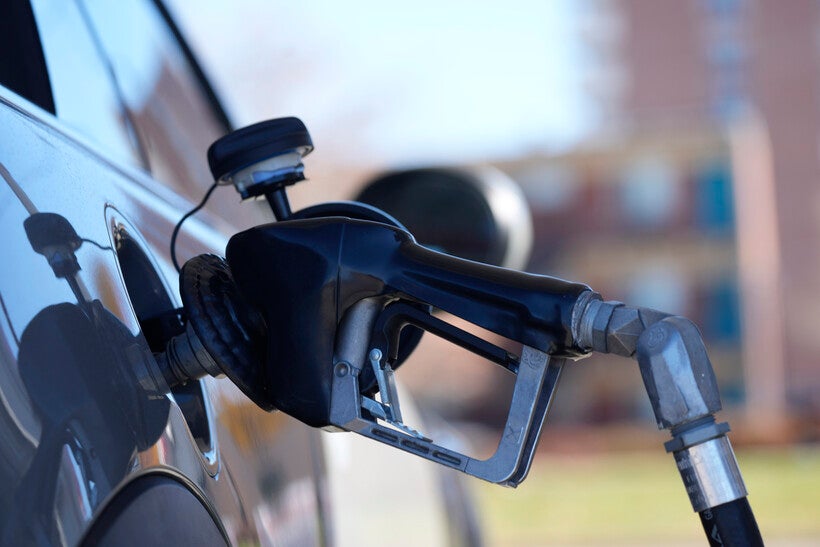 A motorist fills a vehicle with gasoline at a Shell station Friday, Nov. 5, 2021, in southeast Denver. David Zalubowski/AP Photo

Gas prices are falling across the state, but drivers are still stretching their budgets to fill their tanks.

According to AAA, regular gas across the state Friday averaged about $4.52 per gallon — roughly 40 cents less than a month ago. Still, the cost is nearly 52 percent higher than this time last year.

As he filled his tank at a gas station near his home in Milwaukee, Nick Jones said the surging prices this year have hit hard, but the recent drop has provided some relief.

Midwest drivers like Jones have reason to be hopeful, though, said Patrick De Haan, the head of petroleum analysis at GasBuddy. De Haan said the cost of gas in the Midwest surged earlier this year, especially in May, because of limited supply in the Great Lakes area.

"Our prices have more room to drop, because we're already higher than everyone else," he said. "So in the last month, no one has seen bigger drops than states in the Midwest, because we've seen an improvement in that situation."

De Haan predicts the average price of gas in Wisconsin will drop another 10 to 25 cents per gallon over the next week or two — though not evenly across the state. After that, he said the future is "as clear as mud."

The COVID-19 pandemic has drastically reduced oil production in the U.S. and caused permanent refinery shutdowns, he said. That has diminished supply, leaving little room for error.

"If something does happen, like a hurricane or an unexpected refinery shutdown, we have less ability to be able to withstand those unexpected outages, because there's less spare capacity," he said.

Peter Carstensen of the University of Wisconsin-Madison Law School, who specializes in antitrust law and energy law, predicts the situation will improve but change will be slow.

"My expectation is prices are going to stabilize in a downward trend," he said. "It’s not going to be a huge drop, but it’s going to continue to go down."

Carstensen said that’s because domestic production is increasing and drivers will likely decrease their miles, slowing demand. Despite that, he said other problems will keep costs high.

"The capacity to do things inexpensively is just not there," he said. According to Carstensen, supply chain issues, the need for new wells, limited refinery capacity and the crisis in Ukraine will be roadblocks to easing the burden on drivers.