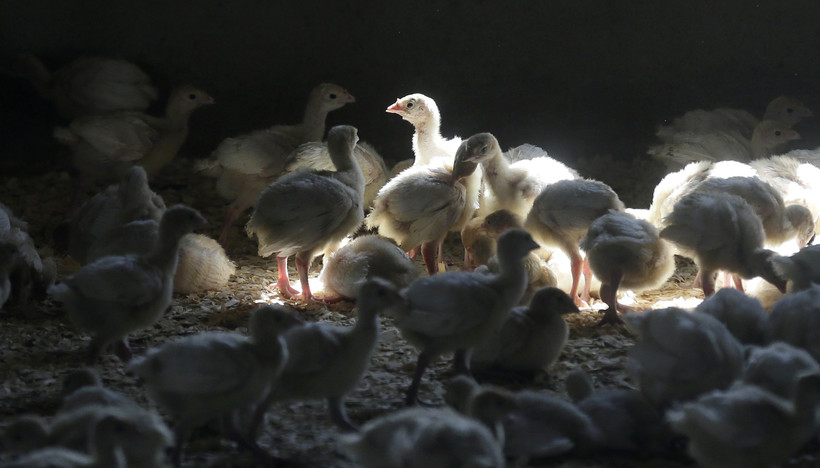 Farms that raise turkeys and chickens for meat and eggs are on high alert, fearing a repeat of a widespread bird flu outbreak in 2015 that killed 50 million birds across 15 states and cost the federal government nearly $1 billion. The new fear is driven by the discovery announced Feb. 9, 2022, of the virus infecting a commercial turkey flock in Indiana and now Wisconsin. Charlie Neibergall/AP Photo

Specialist also answers questions on egg prices, recouping costs and what farmers should look for
By Jonah Beleckis
Share:

After state agriculture officials confirmed the presence of bird flu in Wisconsin, one poultry management expert shared safety tips for poultry farmers and what risk exists to humans.

Ron Kean, a faculty associate and extension specialist in the University of Wisconsin-Madison Department of Animal and Dairy Sciences, also explained what costs farmers can and cannot get covered if the flu hits their farm.

The state Department of Agriculture, Trade and Consumer Protection announced March 14 that for the first time since 2015, officials confirmed the presence of the highly pathogenic avian influenza at a commercial egg-laying facility in Jefferson County.

The following has been edited for clarity and brevity.

Kate Archer Kent: Is there a risk of virus transmission from live birds to people?

Ron Kean: At this point, no. There have been a few rare situations, especially in some Asian countries, where a few people have gotten influenza from it. But they're usually in very close contact with the birds. So, for a person buying chicken or eggs, there's, I would say, no risk. 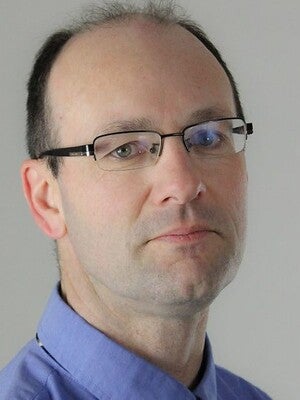 KAK: There are different strains of avian flu. The one circulating now is H5N1. How significant are the differences in bird flu strains?

RK: Quite significant. We mentioned this was high pathogenic. There are low pathogenic strains that really cause almost no symptoms in many cases. This H5 typically is one of the worst ones. And so, this is one reason we try to get rid of it as quickly as we can.

KAK: What is the status of incidents in Wisconsin?

RK: As far as we know, that's the only one. Let's hope it stays that way. The state agriculture department and the U.S. Department of Agriculture will both be working, checking other farms and poultry flocks in that area. So, hopefully we can nip it in the bud.

KAK: What can you tell us about the spread as you watch it nationwide this year? And how does it compare to the last big outbreak in 2015?

RK: It's quite widespread this year … I think one difference from 2015 (is) we're seeing quite a few more backyard flocks and small flocks testing positive this year. There were some in 2015, but by and large it was mostly commercial flocks.

I think there's also been a lot more positive tests in wild birds this time. So, I don't know if that's good or bad, but there seems to be a lot more wild birds carrying it.

KAK: What are the dangers to wild birds, especially at this time of migration?

RK: Some of the wild birds, especially some of the ducks and geese, seem to be able to carry this virus without too many symptoms themselves, which is kind of bad for us because that continues to spread it around. But (with) some of the other birds, there have been some deaths. I believe I've seen some pelicans have died. I think I saw a vulture was one of them that had died. So, it does cause death in wild birds, as well.

KAK: How could a small backyard flock get this virus?

RK: We think that the most common spread is from the wild birds. They can spread this virus in their nasal secretions, saliva and feces, which is a little different for a respiratory virus. But it does also spread in their feces. If you've got co-mingling with wild ducks and geese, especially, that's certainly a risk that the birds would pick it up there.

KAK: How can a hobby or commercial farmer know if their flock has the avian flu?

RK: This one does seem to be pretty lethal. So, probably you'll see sudden deaths in the flock. Some other things: There can be some swelling around the head, respiratory problems or sneezing. You might see some purple coloration because of hemorrhaging. One thing I've heard from some is just a real lethargy and (they) stop eating and drinking. So, if you see that in multiple birds, I would get a little concerned.

KAK: What steps can poultry farmers or others take to prevent their flock from contracting avian flu?

RK: The key thing, as far as we know, is that this is spreading from wild birds. And so, anything you can do to prevent contact between those wild birds and your domestic birds is key. Ideally, we would keep birds inside, and that would help a lot. However, that isn't the only solution because some of these large facilities that have tested positive, I'm sure, were inside. But limiting that contact is a key thing. So, even if your birds are outside, doing things to keep them away from wild birds (and) keeping feed and water inside so it doesn't attract wild birds would be something to consider.

KAK: How does the government pay poultry farmers who lost their entire enterprise to bird flu?

RK: It is a massive expense. The USDA has an indemnity program. Once you test positive, they will pay for birds that have to be euthanized. The goal is to euthanize those birds that are potentially carrying (the flu) as quickly as possible. They will pay for those birds. They don't pay for future production and things like that. So, there is quite a loss there, even though the cost of the birds is covered.

KAK: What do you think this could do to egg prices and the cost for poultry products?

RK: That depends a lot on how widespread it becomes. In 2015, we did see quite an increase in egg prices. The chicken meat wasn't severely affected at that time. We did see quite a loss in turkeys, so turkey prices went up. So, we'll see. If a lot of farms contract this, then we could see some real increases in price.