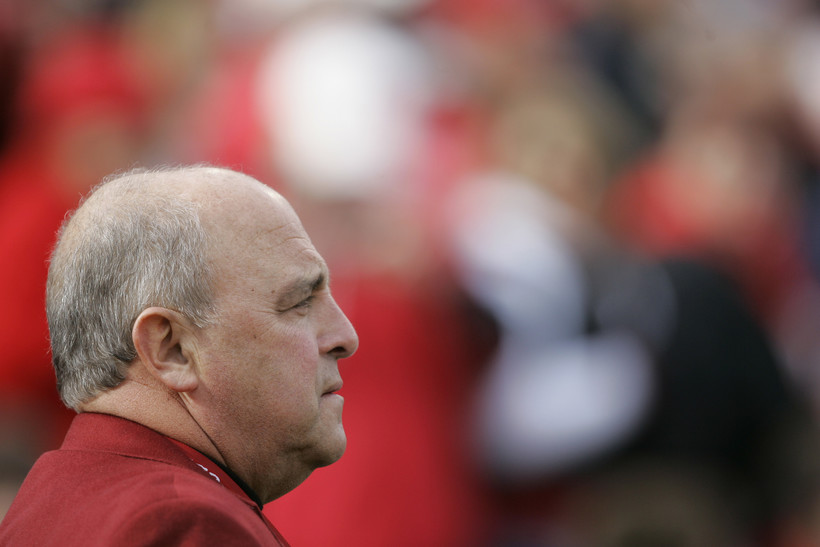 Wisconsin athletic director Barry Alvarez is seen on the sidelines during the first half of a football game against Michigan Saturday, Nov. 10, 2007, in Madison, Wis. Morry Gash/AP Photo

The Big Ten Conference won't be playing football this fall because of concerns about COVID-19.

The move comes six day after the conference released a revised conference-only schedule that it hoped would help it navigate a fall season with potential coronavirus disruptions.

In a statement, Big Ten officials said a number of factors contributed to the decision, but ultimately it came down to advice from medical professionals.

"As time progressed and after hours of discussion with our Big Ten Task Force for Emerging Infectious Diseases and the Big Ten Sports Medicine Committee, it became abundantly clear that there was too much uncertainty regarding potential medical risks to allow our student-athletes to compete this fall," Commissioner Kevin Warren said Tuesday.

In a joint statement, University of Wisconsin-Madison Chancellor Rebecca Blank and athletic director Barry Alvarez said they were disappointed there will be no fall sports, but they support the decision.

"This is a difficult moment for all of us — student-athletes, coaches, staff, students, fans and local communities — whose lives are intertwined with Badger Athletics in a variety of ways," the statement reads.

Recently, the UW-Madison athletic department said it stands to lose about $100 million in revenue if football season is canceled. On Tuesday, Alvarez said it's likely the department will see some layoffs.

"We've tried to be as fair and take care of our people as best we could, but when you shut down and you're not playing sports — you lose the TV revenue, the gate, etcetera — you've got to make up for it somehow," he said.

Badgers officials said they recognize the decision to postpone football season will not only financially impact the school, but also the Madison community.

While sports are postponed, the athletic department will continue to honor scholarships and provide meals, health insurance and academic support for student-athletes, according to the statement.

An announcement on fall sports has been expected for days. Amid the speculation, several Badgers players have voiced their support for having a football season, tagging posts #WeWantToPlay.

"I know how much they wanted to play," Alvarez said. "I was right there with them."

But ultimately it came down to health and safety concerns, noting this will likely be the toughest fall of his life, Alvarez said.

Badgers head football coach Paul Chryst said he met with the team virtually Tuesday afternoon. He's proud of how his players have handled themselves amid the uncertainty of pandemic, he said.

"I think every one of us knew this was one of the possibilities," he said.

After Tuesday's announcement, Badgers defensive back Faion Hicks Tweeted that he's worried football is too punishing to play in the spring, then again in the fall of 2021.

Alvarez said a spring season would likely include just six to eight games.

There are still lots of questions to be answered, including whether student-athletes would lose a year of eligibility for playing a shortened season in spring, he said. Eligibility was one of the main issues players wanted to discuss Tuesday, Chryst said.

Shortly after the Big Ten's announcement, the Pac-12 also called off fall sports.