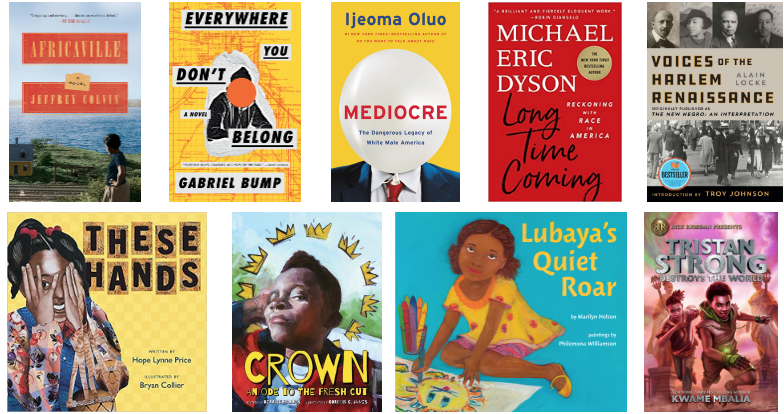 Troy Johnson's Website Is Both A Bookstore And A Place To Learn About Black Culture
By Elizabeth Dohms-Harter
Share:

As a young boy, Troy Johnson remembers being "floored" when he first read Ezra Jack Keat's book, "The Snowy Day" about a Black boy living in Harlem and his experience during a snowstorm.

Johnson, who grew up reading Dick and Jane books, said he again felt the same way in 1997, when he began discovering more and more books by and of Black people.

"I've been motivated by sharing that same sense of joy and discovery," said Johnson, who established the website, African American Literature Book Club or AALBC, as a way to share books written by and about people of African descent.

Although his website is primarily an online bookstore, there also are thousands of author profiles that include the books they've written. Visitors to the site also can read reviews and get access to resources to help budding authors.

"I'm mission driven to share more about Black culture, not just to Black people, but to people of all backgrounds," he said.

Johnson said through his website, children's books have been the most purchased throughout the past 18 months. In a list of book recommendations, he includes options for children as well as non-fiction and fiction recommendations. This children's book by Jewell Parker Rhodes explores the lives of two brothers, one Black and the other white, who are trying to navigate their worlds as pre-teens training for a fencing competition.

"It does deal with issues of colorism and how two brothers ... navigate the world based on the color of their skin and the challenges they face," Johnson said.

"She's sensitive, and anything that she writes is going to be quality," Johnson said.

"The Warmth of Other Suns: The Epic Story of America's Great Migration" Isabel Wilkerson is a Pulitzer-prize winning journalist whose book reflects on the lives of Black people who migrated north from the southern states between 1915 and 1970.

Johnson said he recommended this book in part because of the way it speaks to the collective experience of Black people, including Johnson himself, whose parents migrated from Louisiana and North Carolina to New York.

"These stories resonated not just with Black Americans but with Americans of all backgrounds," he said. "This is a fantastically popular book."

"(Wilkerson is) describing factual events, but the way she describes them is just poignant and touching," he said.

"New Daughters of Africa: An International Anthology of Writing by Women of African Descent" On Johnson's list of recommended non-fiction, this succeeds "Daughters of Africa," which was published 25 years ago.

This is a collection from more than 200 women writers who descended from Africa.

Johnson said he included this book because of the variety of authors and because of the way it can introduce readers to women authors they may not know about.

"Whatever your background is, this would be an excellent sampling to get your feet wet and discover some terrific writers," he said. 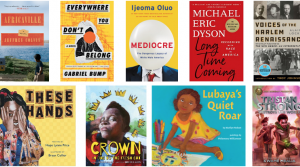 We talk to the founder of a website dedicated to helping promote books written by and about people of African descent, along with independent, black-owned bookstores. He also shares his recommendations for nonfiction, fiction and children’s books.