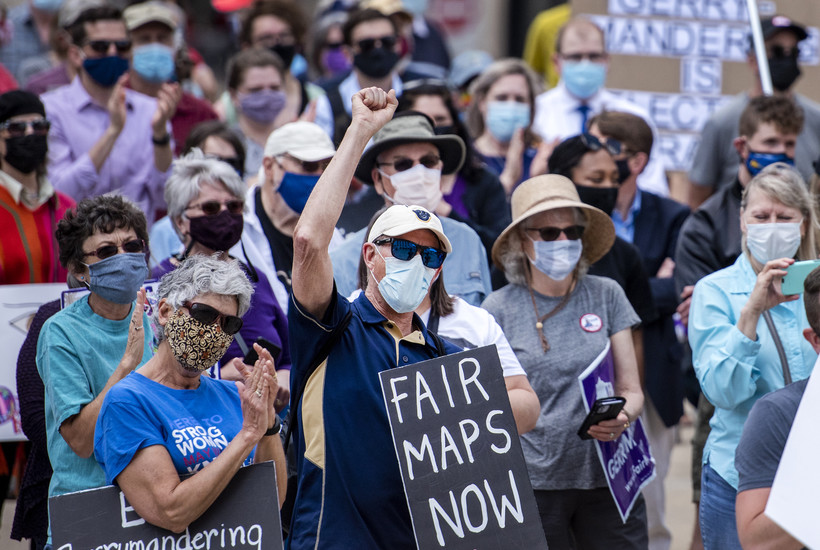 Plan For Drawing Political Maps Is Based On A Similar System In Iowa
By Shawn Johnson
Share:

With the next round of redistricting looming, a group of lawmakers has reintroduced a long shot proposal to create a nonpartisan system for drawing the state's political map for the next decade.

The plan, which is modeled after Iowa's longstanding redistricting system, would require the Legislature's nonpartisan attorneys to draw the next boundaries for Wisconsin's state Assembly, Senate and congressional districts. Lawmakers would then have the chance to vote them up or down.

It's largely backed by Democrats who were shut out of the last round of redistricting 10 years ago, but it's identical to a bill from last session that had bipartisan support.

The idea is to largely depoliticize one of state government's most political processes, one that is all but certain to spawn lawsuits, potentially for years to come.

"This bill is not about any party," said Rep. Deb Andraca, D-Whitefish Bay, at a rally on the steps of the Wisconsin Capitol Monday. "It's about establishing a process that gets politicians out of the map-making process altogether." 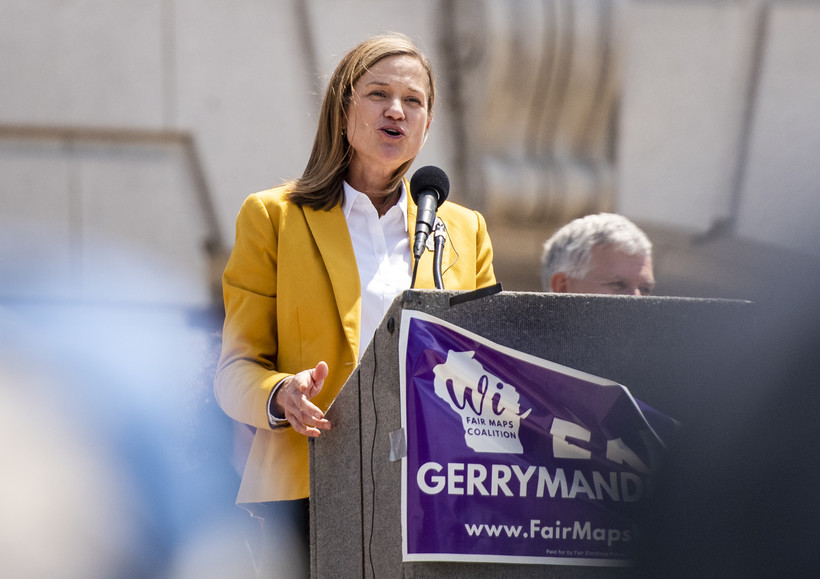 State Rep. Deb Andraca speaks at the Rally for Fair Maps on Monday, May 17, 2021, in Madison, Wis. Angela Major/WPR

During the last redistricting process in 2011, Republicans controlled both houses of the Legislature and the governor's office, giving them total control over drawing the map for the next decade. The result was a plan that helped Republicans maintain big majorities in the Legislature, even during election cycles that saw Democrats win races statewide.

This time around, the process will look different with Democratic Gov. Tony Evers able to veto any GOP redistricting bills that come to his desk.

Still, GOP leaders have steadfastly resisted proposals that would reduce the power of the Legislature to draw political boundaries. When asked about the latest plan circulated Monday, Assembly Speaker Robin Vos, R-Rochester, said in a written statement that he remained opposed.

"The Wisconsin Constitution requires the state Legislature to enact a redistricting plan," read the statement from Vos. "It would be unconstitutional to turn this duty over to a group of unelected bureaucrats."

Under the plan circulated Monday by Andraca and Sen. Jeff Smith, D-Eau Claire, the nonpartisan Legislative Reference Bureau would be responsible for drawing Wisconsin's political maps. The agency would have to follow existing redistricting criteria, like making sure districts are nearly equal in population and adhere to the federal Voting Rights Act. Map-drawers would be banned from considering the political affiliations of registered voters or previous election results when they're putting together their proposal.

A "Redistricting Advisory Commission," which would oversee the agency's work, would be run by four appointees, one each from the Assembly Speaker, Senate majority leader, Assembly minority leader and Senate minority leader. The four of them, which would be split evenly between Republicans and Democrats, would then be responsible for choosing a fifth member to chair the panel. 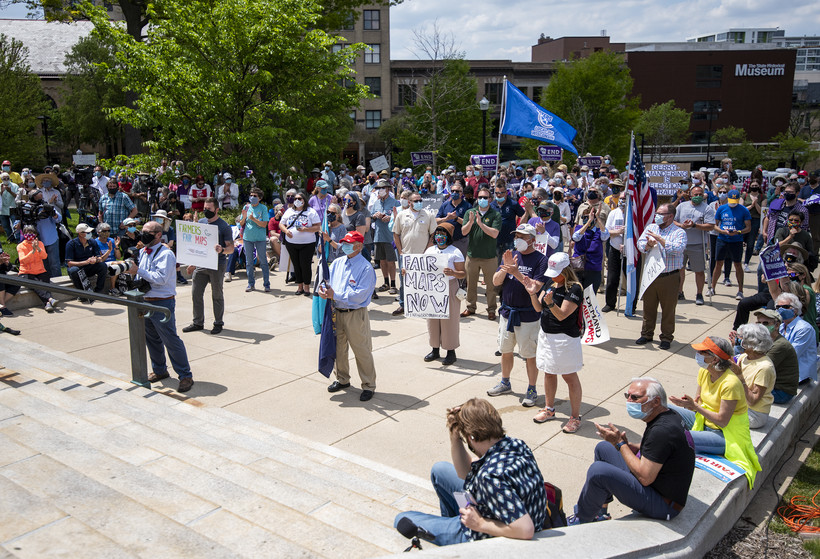 A crowd gathers at the Rally for Fair Maps on Monday, May 17, 2021, in Madison, Wis. Angela Major/WPR

The commission would be required to hold hearings on the plan in each of the state's congressional districts, but it would still be up to the Legislature to vote on the proposal. That process would look different than it does for a typical bill.

Lawmakers would initially get an up or down vote on the plan with no opportunity to amend it in the Assembly or the Senate. If the bill fails, the Legislature would have to explain why, and the Legislative Reference Bureau would draw a new plan to accommodate that feedback. The same process would then start over.

If the second bill fails, map drawers would make more adjustments before they send the Legislature a third bill. Lawmakers could amend that version but only with a three-fourths vote in both houses of the Legislature, meaning that practically speaking, it would require broad bipartisan support.

Though their stated goals are the same, the nonpartisan redistricting bill is different than the People's Maps Commission created and championed by Evers. That commission, which held several virtual hearings over the past year, will draw a map for the Legislature to consider, but lawmakers won't be required to vote on it. The commission is also considering past election results as it draws its lines, aiming for a legislative map that more closely resembles Wisconsin's close statewide elections.

Despite the strong opposition from GOP leaders, Sachin Chheda, the director of the Fair Elections Project, said the idea of nonpartisan redistricting is popular with members of the public, noting that counties throughout the state had passed referendums supporting it. 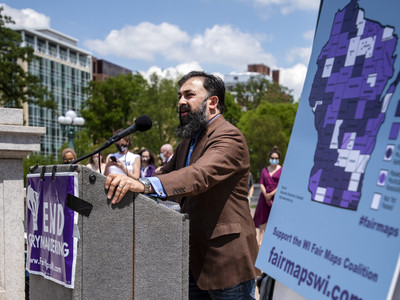 "This is a fight that is in our hands," Chheda said at Monday's rally. "You have to tell your legislators that you expect fair maps."

In addition to the Democrats who announced the plan Monday, an aide to state Rep. Todd Novak, R-Dodgeville, confirmed that Novak was co-authoring the plan.