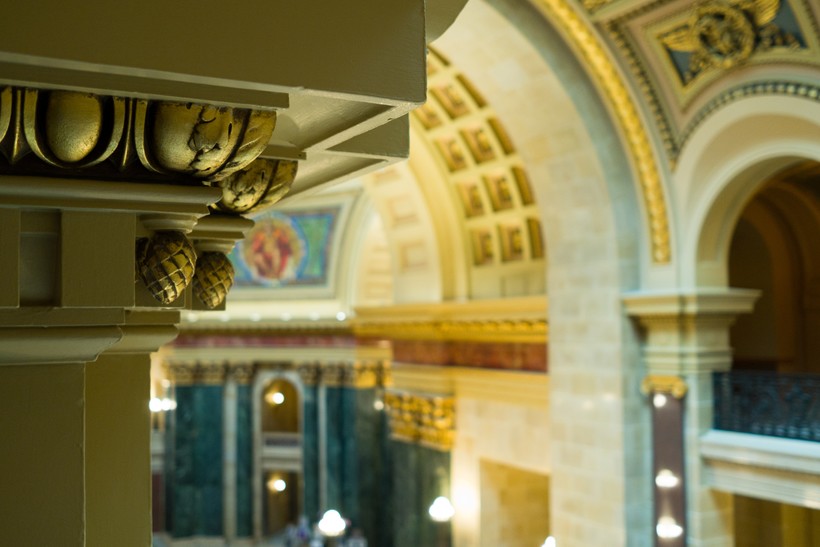 A long-term care advocate says he'll make another push for the release of documents about changes to the state's long-term care system in light of a recent court decision on open records.

Last year, George Zaske of River Falls requested the release of internal communications from Gov. Scott Walker's administration about proposed changes to the IRIS program, which provides support to individuals with disabilities. Zaske is currently working to enroll his son in the program.

Zaske wanted to know who proposed the changes, and why, so he submitted a request to the state Department of Administration, which oversees the records.

"The disabled community needs to know where this change initiated, why it was initiated, so that, when we respond, we can respond with an understanding of what the change was proposed to fix and why it was made,” he said.

The DOA released some documents, but refused to make all of them public, saying some were part of a "deliberative process" and could have a chilling effect on discussions.

"I thought that was a little unusual, given that they're public servants and they should have the courage of their convictions about what it is that they're proposing," Zaske said.

Months later, in July 2015, lawmakers proposed changes to the state’s open records law, which could have made the "deliberative process" a legal exemption to record disclosures. When those changes were abandoned, Zaske made another attempt to gain access to the records.

"They said the deliberative exemption still exists," he said.

Since then, he’s been strategizing about next steps and two weeks ago, in an open records case regarding proposed changes to the University of Wisconsin System’s mission statement, a Dane County judge ruled the "deliberative process" argument was not adequate for withholding records.

Walker acknowledged the decision as a clarification of the state’s open records law.

"I think, for us, it's very clear what the courts have said. That was debatable before, and so this made it clear," he told reporters after the ruling. "Anything you write down, even if it's just notes, in terms of discussion, is all available for open records."

Zaske thinks the decision bodes well for his request, and plans to resubmit it.

"We will review Mr. Zaske’s request and fulfill according to the law and the judge’s recent decision," said DOA spokesperson Laurel Patrick.

Changes to the IRIS program are currently pending in the state Legislature.