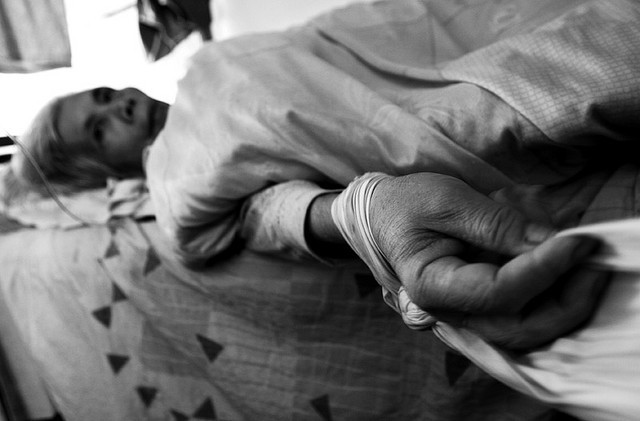 Reports of elder abuse have been increasing in Wisconsin. Photo: Sheila (CC-BY-NC-ND).

Many cases of elder abuse, neglect and exploitation go unreported, according to to a Wisconsin advocate for the elderly.

As the number of people over the age of 65 in Wisconsin continues to grow, reported cases of abuse have also been on the rise. Marcia Hendrickson, the executive director of the South Madison Coalition of the Elderly, said that while approximately 50 percent of cases are reports of self-neglect, the remaining cases are often ones in which patients know their abuser.

Cases like those, she said, are ones that frequently go unreported.

“Victims are very reluctant to report abuse or exploitation because it’s usually someone close to them … a family member, a neighbor, someone that they have trusted,” she said.

Hendrickson said many victims might also not report abuse out of a fear of losing their independence. Many victims are also aware that the consequences are severe if they report instances of abuse.

Because most elderly adults are very reluctant to ask for help, Hendrickson said others need to be vigilant and willing to take the first step in reporting abuse.

“You’re better making that call and saying, ‘I’m concerned about my neighbor …’ and alert people that can provide some help,” she said.

Most Wisconsin counties have an aging and disability resource center, which Hendrickson said could be used as a “one-stop shop” for information and referral for victim services.