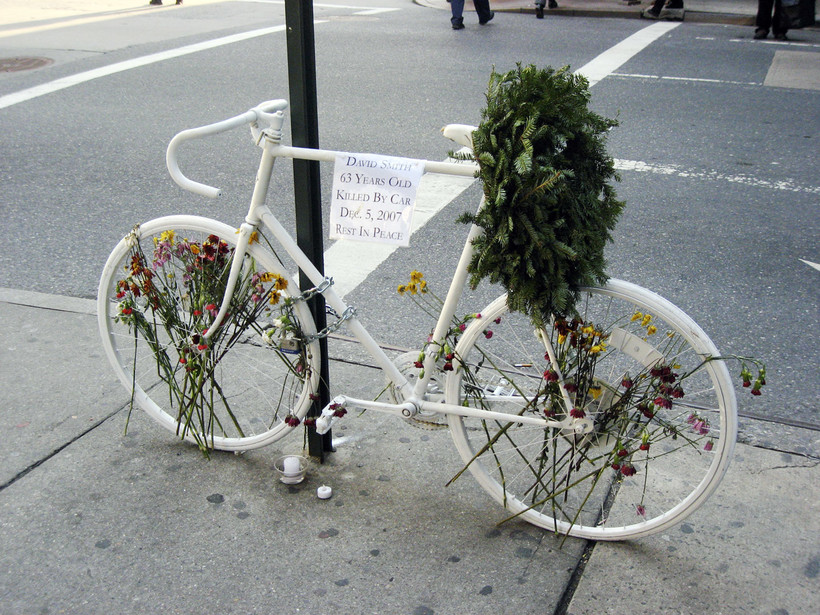 Wisconsin Has Seen 8 Cycling Deaths In 2015
By Shamane Mills
Share:

Bicycle deaths in the U.S. have  gone down over the last four decades, but adults are dying at a higher rate than children, a new report shows.

A review of data from the federal Fatality Analysis Reporting System shows the rate of fatal bike collisions with cars declined 44 percent between 1975 and 2012.

Jason Vargo of the University of Wisconsin's Nelson Institute wrote about the issue in the Centers for Disease Control's Morbidity and Mortality Weekly Report. He speculates fewer children may be dying on their bikes because they travel fewer miles.

According to state Department of Transportation figures, there have been eight bicycle fatalities so far this year in Wisconsin. That's higher than all of last year.