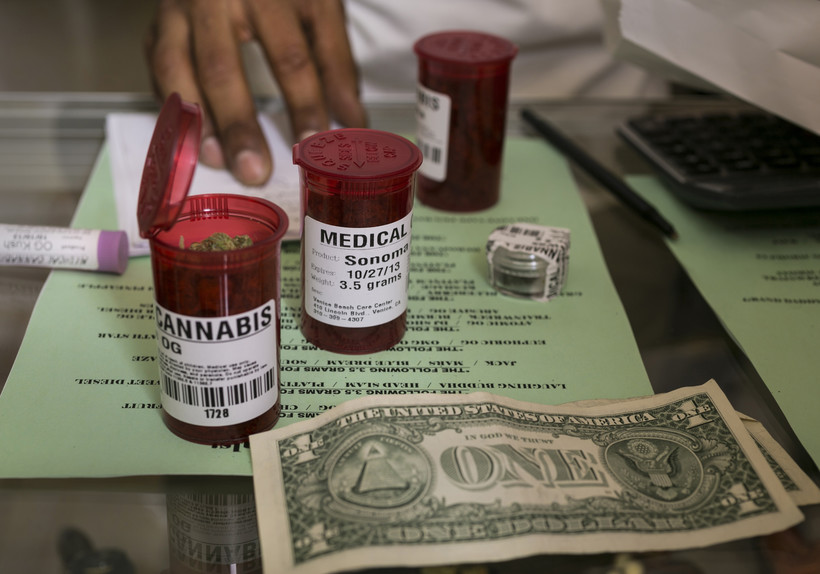 Supporters Of Legalizing Marijuana Say It Could Reduce Opioid Use
By Shamane Mills
Share:

A state lawmaker who supports legalizing marijuana says it could reduce opioid abuse.

In a recent opinion piece Rep. David Crowley, D-Milwaukee, pointed to a national study showing hospitalizations for opioid overdoses dropped in states that legalized medical marijuana. The study found hospitalization rates for opioid painkiller dependence and abuse dropped on average 23 percent in the states studied. And the rate for overdose hospitalizations also dropped, by 13 percent.

Crowley said the study suggests marijuana may be an alternative for those using opioids to reduce pain.

"People just look it as 'Oh, well this is a gateway drug to something more extreme.' But in reality this could relieve a lot of pain within individuals with chronic conditions," Crowley said.

But addiction doctor Michael Miller says marijuana isn’t as effective as other drugs at treating pain, and furthermore, it's addictive.

"Eighty to 90 percent of the public can use all the alcohol, marijuana and even opioids that they want and not get addicted. Doesn’t mean it doesn’t happen," said Miller, who is medical director of the Harrington Recovery Center at Rogers Memorial Hospital in Oconomowoc and was past president of the Wisconsin Society of Addiction Medicine.

Two marijuana bills have been introduced in Wisconsin recently. In May, state Rep. Adam Jarchow, R-Balsam Lake, introduced a bill to decriminalize small amounts of marijuana. The other bill, introduced this month by state Rep. Melissa Sargent, D-Madison, would legalize marijuana use for both medicinal and recreational uses.

"And I dare say, the thing that is missing in so many of these arguments is the extent to which legalization would mean commercialization. And just like we saw Big Tobacco, Fortune 500 companies, we would see Big Marijuana. In a capitalist society like ours that is exactly what would happen," Miller said.

"We can continue to have this conversation on what’s bad and what’s good, but I think right now this is a viable option we should really be looking at," Crowley said.