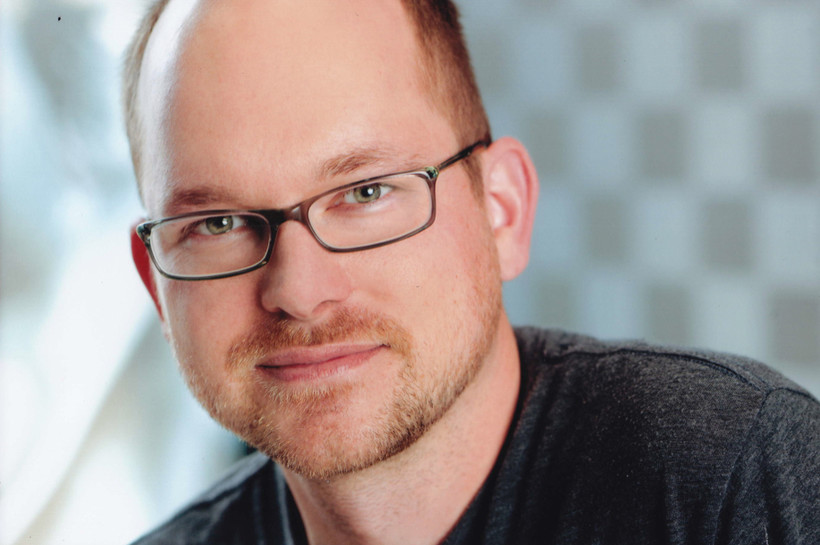 Actor Mark Proksch Is A Master Of The Mundane

If you watched "The Office," "Better Call Saul," or the new comedy horror series, "What We Do In The Shadows," you've probably seen Mark Proksch.

Pro﻿ksch has established a successful career as an actor, and is especially known for playing mundane and annoying characters.

Proksch is a native of Onalaska, Wisconsin and his accidental acting career path began with his 2010 appearances on local morning TV shows playing a self-proclaimed yo-yo artist, Kenny "K-Strass" Strasser. The appearances were couched in the pitch that "K-Strass" was delivering informative presentations about environmental awareness to area schools, using his expert yo-yo skills as the hook.

"They didn't know I was playing a character at all," Proksch told WPR’s "BETA. "And once I got on, I would talk mostly about my awful home life or my strange stances on child rearing, and very little about the environment and even less about being able to do any yo-yo tricks. So, any time I had to yo-yo, it went pretty disastrously."

"One day, I got a call from Paul Lieberstein, he plays Toby on 'The Office,'" Proskch said. "He asked if I wanted to come out and meet the writers. A month later, I was on the show. It really happened that quickly."

Proksch didn't grow up dreaming of becoming an actor, and he wouldn’t have moved to Los Angeles unless he was invited. But he said his parents have been very supportive once he decided to pursue an acting career.

"To become an actor in my household, which is very middle-class Wisconsin, would have been like me wanting to become the heavyweight champion of the world. It was so far away from what we knew," he said.

After "The Office" series ended, Proksch co-wrote and co-hosted a pilot for a spoof morning show, "Good Morning Tri-State."

Proksch's co-host, the weatherman, the guests and the crew all thought they were piloting a real television show despite the bizarre segments and inexplicable scripts they were asked to go along with.

Comedy Central ended up passing on the pilot.

When asked about that aftermath of "Good Morning Tri-State," Proksch said, "Unlike K-Strass, you are toying with people's ambitions. And that has never sat well with me."

Playing another know-it-all dullard Proksch was cast on "Better Call Saul" as an aloof, pharmaceutical employee who gets in over his head selling pills to a drug cartel.

Of this character Proksch said, "Daniel is again this type of person who thinks they have it all figured out."

Proksch's latest role is a major part in Jemaine Clement's new television series, "What We Do In The Shadows," a television spinoff of the 2014 film of the same name. Proksch plays an "energy vampire," a humdrum office drone whose power comes from entangling his co-workers in boring conversation, sucking away their energy to use as his lifeforce.

Proksch said he had plenty of detailed preparation for this particular role before he decided to pursue acting.

"I worked in a lot offices before I came out to Los Angeles. And so I would meet a lot of energy vampires throughout those offices in the Midwest. You know one for sure. I'm sure there's a handful in your studio," he said.