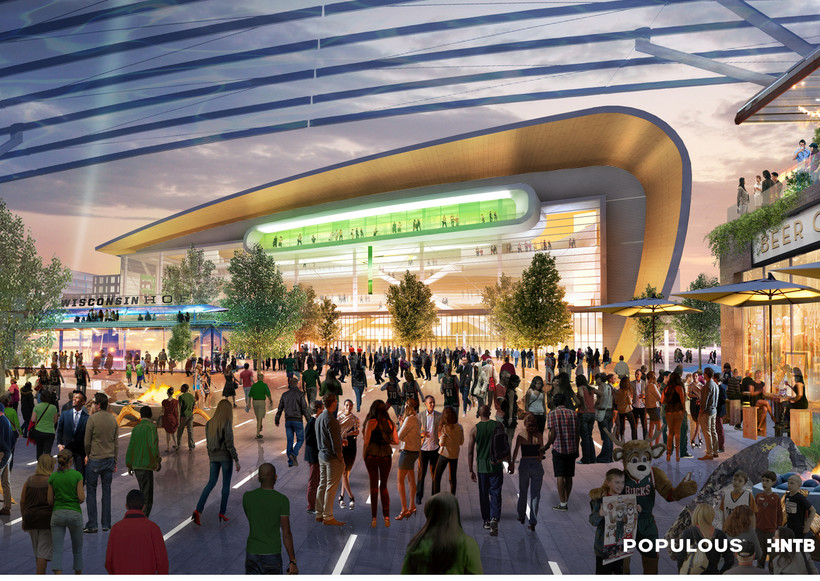 An artist's rendering of the proposed new arena.

Courtesy of the Milwaukee Bucks.

A Plan To Finance The New Arena Is Expected To Be Announced Soon
By Chuck Quirmbach
Share:

With a proposed deal on a new arena in Milwaukee rumored to be announced soon, labor activists want the many non-construction jobs at a new facility to pay a living wage.

Peter Rickman of the Alliance for Good Jobs said he'll leave it to others to focus on pay rates for construction workers at a new arena for the Milwaukee Bucks professional basketball team. Rickman said his coalition is concerned that janitors, nearby hotel workers and other service-sector workers are paid family-supporting wages.

He said the state needs to mandate that, "whether it happens in something written into the city's (tax incremental financing) agreement, or it happens as a private agreement where the Bucks make a private commitment to Milwaukee."

If the state doesn't mandate as much, he said, the battle will be local.

The City of Milwaukee has expressed some preliminary support for making sure any new arena benefits local jobseekers.