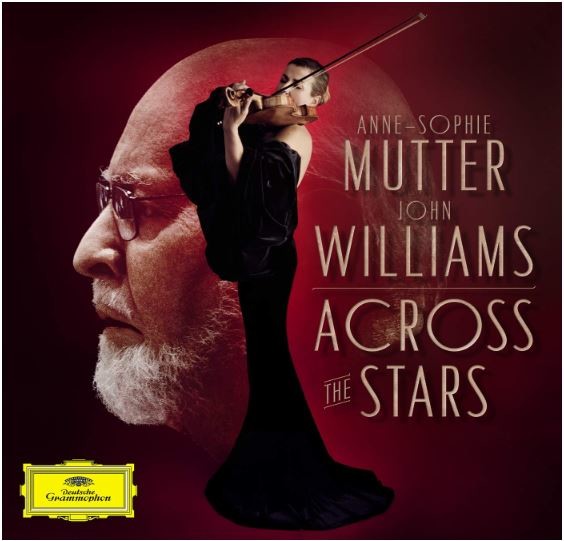 Williams has taken a mix of his most popular movie themes along with some that are lesser known, and adapted them for violin and orchestra.

With this project, he has provided a powerful vehicle for Mutter's virtuosity, beautiful tone and sheer technical prowess. He's also created a new way for listeners to experience some of his most iconic and moving music.

The balance of the violin's voice against a superb studio orchestra is just right, and the arrangements bring some of these beloved works into new expressive territory. "Yoda's Theme" from "Star Wars: The Empire Strikes Back" is downright breathtaking in its beauty. "Hedwig's Theme" from "Harry Potter and the Philospher's Stone" incorporates some ear-catching and quite challenging violin tricks and fireworks – Mutter and Williams describe it as '"Harry Potter" meets Paganini.'

Named "Across the Stars" for the love theme from "Star Wars: Attack of the Clones," the Deutsche Grammaphon release is full of drama, romance and even a musical fight. The album closes with a deeply poignant rendition of the theme from "Schindler's List."

Together, Williams and Mutter have created a rich and meaningful soundscape from some of film's best loved music.