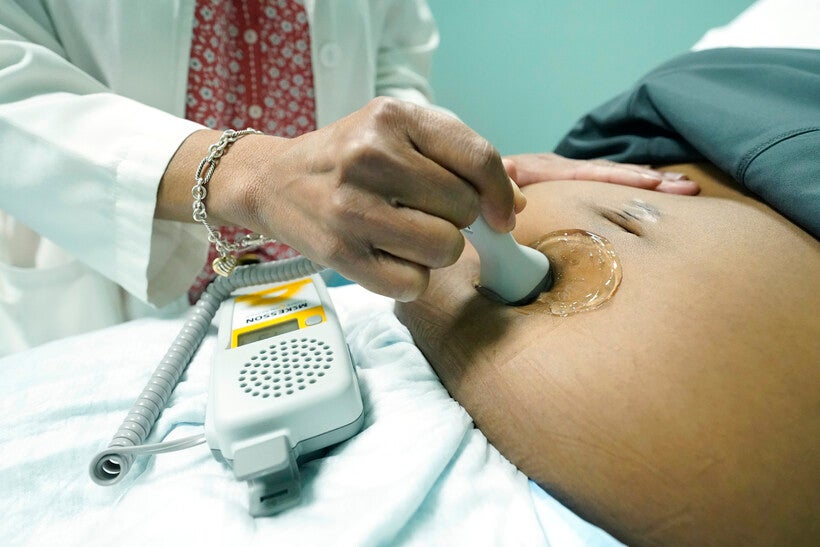 Black Midwesterners are more likely to be impacted by abortions restrictions, such as those recently enacted in Wisconsin and Missouri.

When Jasmine Burnett got pregnant as a young college student in Indiana in 1998, she didn’t know exactly what her future would look like.

However, she did know those plans would not include the man who got her pregnant.

"I knew that him being a part of my future would involve levels of control and manipulation that I wasn't ready to sign up for," she said.

Burnett had an abortion at around eight or nine weeks of pregnancy.

She said it changed her life — for the better.

"I'm thankful that my abortion provided me with that opportunity to be very embodied and very clear in my life," she said. "I've had a beautiful life, and I’ve had a life that I've chosen."

Since graduating college, Burnett has made a career working in abortion rights.

Earlier this year, when she heard about the leaked U.S. Supreme Court draft opinion that would overturn Roe v. Wade, she got upset thinking about how other Black people might no longer have the same choice and control over their bodies the way she did.

As more states take steps to crack down on abortion, the restrictions are likely to affect people of color the most — in particular, the Black community.

Black women nationwide seek abortions at a rate that’s more than three times higher than white women, according to Centers for Disease Control and Prevention data from 2019, the most recent figures available.

The reasons why fall under one general umbrella — structural racism, said Monica McLemore, the interim director at the Center for Antiracism in Nursing at the University of Washington.

"If you don't have the financial and social supports to be able to parent, then abortion seems like a relatively decent option for you," McLemore said.

And even before a pregnancy, she said, structural racism means Black Americans are also set up to be less prepared to prevent unintended pregnancies in the first place, due to limited access to comprehensive sex education and lower rates of insurance coverage.

"When you think about just insurance access, (it) allows people to have access to health care and other preventative health services — things like contraception," McLemore said.

To start, many Black people who live in states with restrictions could have a harder time getting abortion care, which may involve travel, said Rachel Hardeman, the director of the Center for Antiracism Research for Health Equity at the University of Minnesota.

"They're disproportionately in that lower-income category ... only having access to jobs, for instance, that don't offer paid leave, or don't offer time off to access the care that they need," she said.

A peer-reviewed study published last year predicted the rate of Black women who would die from pregnancy-related causes would increase 33 percent in the years following a total abortion ban, compared to just 21 percent for the general population.

Luana Nelson Brown, the executive director for the Iowa Coalition for Collective Change, said her main concern about new abortion restrictions is that they could increase mass incarceration rates for Black people. 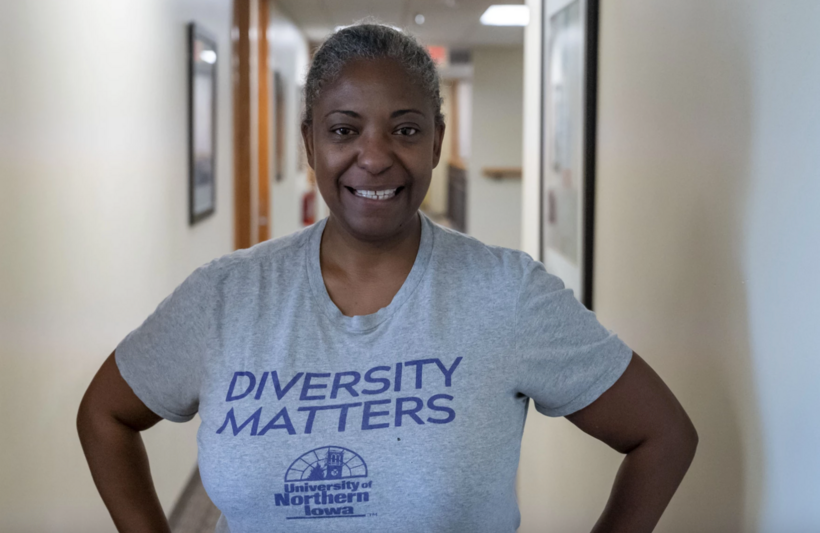 Luana Nelson Brown, the executive director for the Iowa Coalition for Collective Change, said her main concern about new abortion restrictions is that they could increase mass incarceration rates for Black people. Natalie Krebs/Side Effects

No states have enacted a total abortion ban so far. But some — like Missouri, Wisconsin and Kentucky — are close.

Across the nation, 12 states have abortion bans with no exception for rape or incest in effect, while two states — Ohio and Georgia — ban the procedure entirely at six weeks of pregnancy, according to the New York Times.

Some activists for reproductive rights said they’re concerned abortion restrictions could lead to criminalization of people who turn to self-managed abortions or travel to another state to access abortion services.

"What we're really looking at is criminalizing women for their own bodily autonomy ... (and) for their reproductive health," said Luana Nelson-Brown, the executive director for the Iowa Coalition for Collective Change, an anti-violence group that works with marginalized communities.

"If we're talking about reducing the disparities of Black maternal health and reproductive health, then let Black women lead that," she said, "and we haven't done the best job reaching Black women."