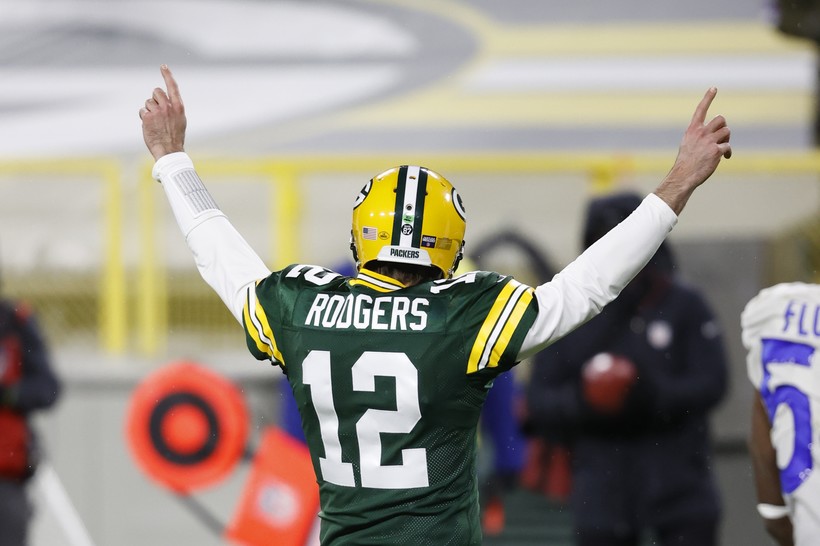 The Green Bay Packers might not be playing in Sunday’s Super Bowl, but Wisconsin football fans still have reason to celebrate this weekend.

Packers quarterback Aaron Rodgers was named MVP of the NFL on Saturday. It marks his third time winning the honor.

In a short speech, he thanked his teammates and coaches, as well as his personal support team, including his fiancee.

"2020 was definitely a crazy year filled with lots of change, growth, some amazing memorable moments, 180 straight days of having my nose hair scraped, playing for very little fans or no fans the entire season. I got engaged, and I played some of the best football of my career," Rodgers said.

Reports began emerging earlier this week claiming Rodgers is dating actress Shailene Woodley. While Twitter erupted with cheers over Rodgers' MVP status, it also exploded with confusion over Rodgers dropping that he is engaged.

The Packers quarterback was considered a heavy favorite for the MVP award. During the regular season, he led the league in touchdown passes and quarterback rating. The Packers outscored all other teams and earned the top playoff seed in the NFC.

Rodgers received the award during an NFL Honors show hosted by Steve Harvey and featuring performances by Leslie Odom Jr. and Green Day. Green Bay's quarterback was also in the running for Offensive Player of the Year on Saturday, but that award went to Tennessee Titans running back Derrick Henry. This year, Henry became the eighth running back in NFL history to rush for more than 2,000 yards in a single season.

Despite Saturday's MVP announcement, it was a bitter-sweet end to the season for Rodgers. 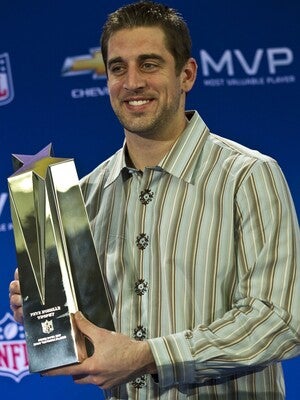 For the second year in a row, the Packers fell one win short of reaching the Super Bowl. The Tampa Bay Buccaneers beat the Packers in the NFC title game, which was marked by mistakes from both teams and questionable coaching calls by the Packers.

In a news conference after the game, Rodgers said his own future in Green Bay was uncertain. Reports later emerged that the Los Angeles Rams and the San Francisco 49ers called to see if the 37-year-old quarterback might be available. But Packers head coach Matt LaFleur and general manager Brian Gutekunst quickly made it clear Rodgers is their guy.

"I couldn't be happier with just, not only his performance, but how he led our football team," LaFleur said during a news conference Monday.

The Packers drafted Rodgers in 2005, and he has been the starting quarterback for 13 seasons.

Charles Woodson Gets His Gold Jacket

During Saturday's award show, a former Packer received a big honor of his own. Defensive back Charles Woodson played seven seasons in Green Bay from 2006-12, winning a Super Bowl and reaching two NFC title games with the Packers.

Woodson, who began his pro football career with the Oakland Raiders, was selected for the Hall of Fame in his first year of eligibility. 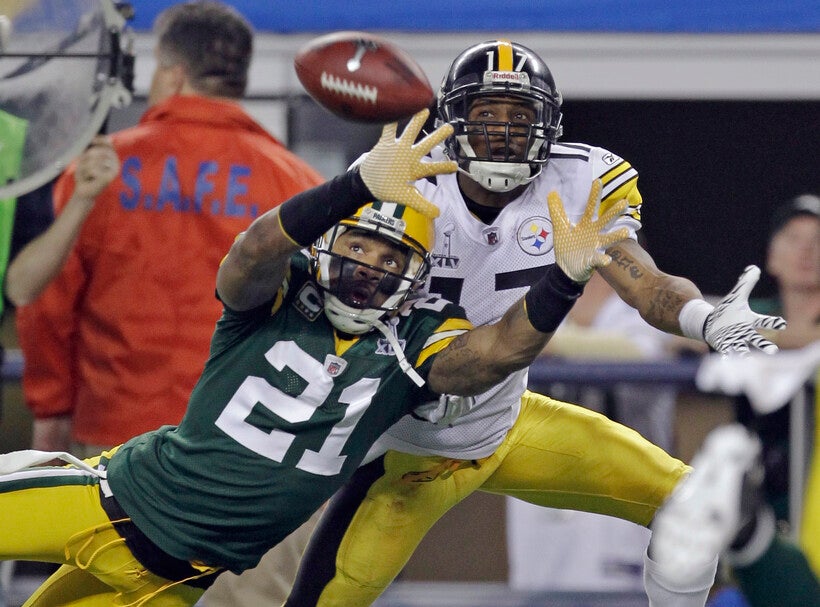 "The Green Bay Packers and all our fans congratulate Charles on this tremendous, well-deserved honor," Packers President and CEO Mark Murphy said in a statement. "Charles played the game the right way, and we would not have won Super Bowl XLV without his outstanding play and leadership."

Woodson won the Heisman Trophy at the University of Michigan, making him the only defensive player to earn the honor. During his NFL career, Woodson made nine Pro Bowl teams, and he won Defensive Player of the Year in 2009 as a member of the Packers.

The moment @CharlesWoodson found out he was a first-ballot Hall of Famer. 🎥#PFHOF21 | #GoPackGo

Including Woodson, 27 former Packers have been elected to the Pro Football Hall of Fame. Woodson is joined in this year's Hall of Fame class by Calvin Johnson, ﻿Drew Pearson﻿, Alan Faneca, John Lynch, Tom Flores and Peyton Manning, and writer and scout Bill Nunn.

Multiple outlets have reported the Packers will hire Joe Barry, former linebackers coach for the Rams. The Rams had the No. 1 defense in the league this season.

Jim Leonhard, defensive coordinator for the Wisconsin Badgers, interviewed for the position but ultimately decided to remain in Madison.