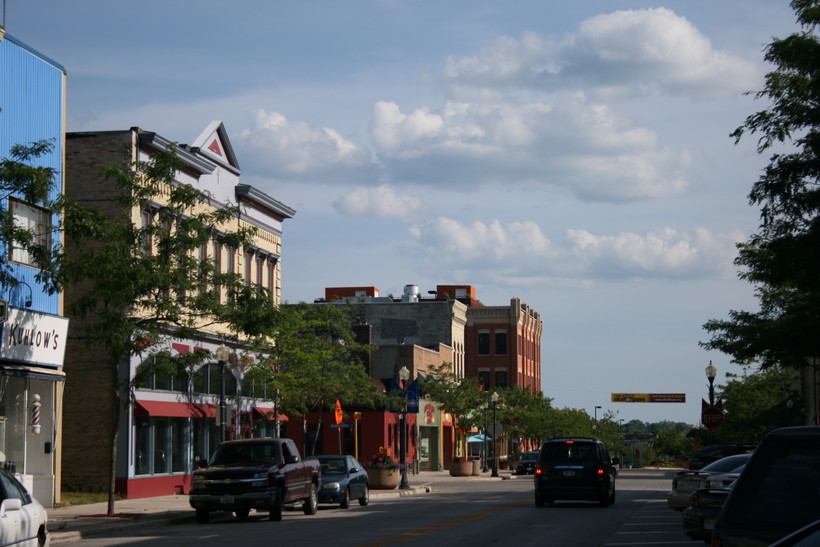 When it comes to air quality, Wisconsin is a mixed bag.

A new "State of the Air" report from the American Lung Association gives eight Wisconsin counties an "F" for ozone air quality. 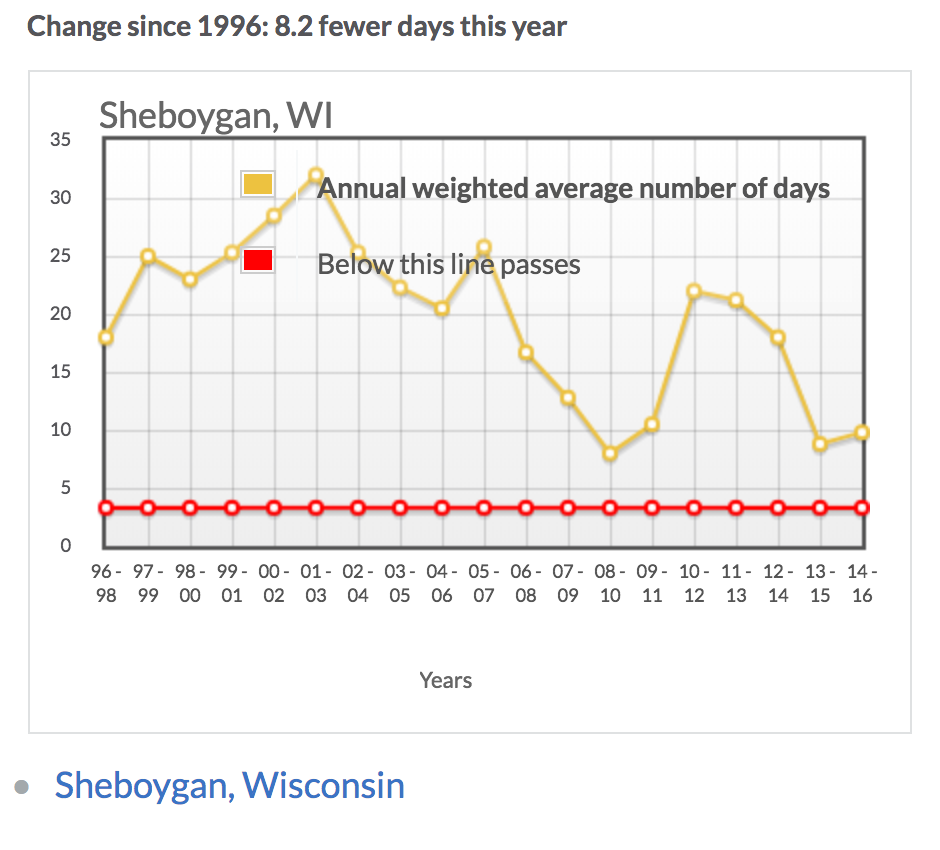 But parts of Wisconsin have some of the cleanest air in the country. The same report says the Eau Claire/Menomonie and La Crosse/Onalaska areas both had zero "high pollution" days over a three-year span. Ashland, Forest, and Taylor counties also had perfect scores.

"People have found areas that they had no idea had an air pollution problem," she said. "We help them understand that they can, even at levels that are far lower than say a place like Los Angeles, where everybody thinks of having air pollution commonly."

Los Angeles, perhaps predictably, was ranked as the nation’s most polluted city by ozone. But by another measure of pollution — long-term particle pollution — Fairbanks, Alaska, took the top spot.

That’s because the two kinds of pollution the report measures — ozone and particle — manifest in completely different ways.

Ozone is a toxic gas. It doesn’t come out of car tail pipes or factory smoke stacks. But those kinds of emissions in the atmosphere, when combined with sunlight and heat, form ozone, Nolen said. It often appears downwind from those emission sources, responsible for that smog you see in big cities.

The report found that ozone increased in most cities nationwide from 2014 through 2016, due in part to higher temperatures in 2016.

Particle pollution, on the other hand, has a different source. Actually, an entire range of sources: road dust, forest fires, wood burning, and power plants or industry.

Those particles — smaller than a human hair — can get into our lungs and cause health problems.

Both types of pollution are particularly bad news for people with chronic diseases like asthma or heart disease, says Dr. Randolph Lipchik, a pulmonologist at Froedtert Hospital in Milwaukee.

"When people are exposed to ozone or high levels of particulate, that inflammation is worsened," Lipchik said. "So they have more trouble breathing, more coughing, more chest congestion, more shortness of breath. And so that constant additional insult just makes their symptoms worse."

People without chronic diseases should still take caution, Lipchik said. Try to plan outdoor activities like exercise earlier in the day, before ozone has developed. On particularly bad days, he says, people who are particularly sensitive shouldn’t exercise outdoors at all.

Though eight Wisconsin counties failed the American Lung Association "report card," they were far from alone. More than 4-in-10 Americans live in counties with unhealthy levels of ozone or particle pollution, the report stated.