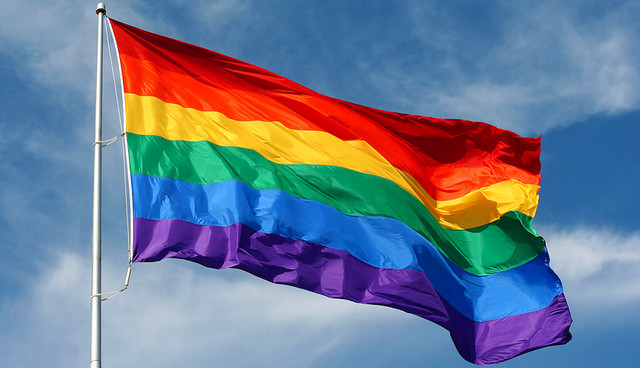 50 Years After Stonewall, A Look At The Lives Of 4 Prominent LGBTQ Wisconsinites

While Stonewall Riots Are Considered A Turning Point In Fight For Gay Rights, Fight For Equality Began Long Before That Night
By Mary Kate McCoy
Share: 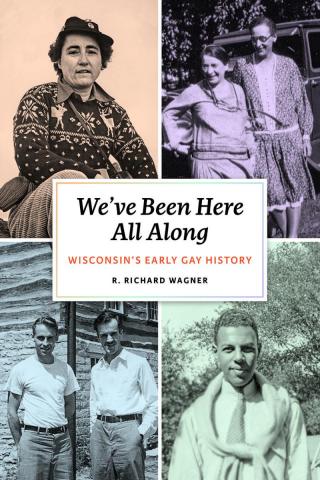 Friday marks the 50th anniversary of the riots at New York City's Stonewall Inn, an event that many consider to be a turning point in the fight for gay rights in America.

But the fight for equality began long before that night — and it didn't all happen on the coasts, according to Richard Wagner, a Madison-based historian and author of the new book "We've Been Here All Along: Wisconsin's Early Gay History."

"If you're thinking flyover country doesn't have a gay history, you're totally mistaken," he said.

Wagner, who was also the first openly gay member of the Dane County Board of Supervisors, wanted to bring to light the stories of LGBTQ Wisconsinites who for decades before Stonewall affirmed their own identities, despite the homophobia of the era.

"I've sometimes joked that the glass half-empty story is that there's been rampant homophobia in this state, as there has been in a lot of America, and that it's really the stories of a remarkable few who resisted that homophobia and found ways to live their lives despite it in this state," he said.

Wagner, who is working on a second volume on LGBTQ history in the state due out next summer, highlighted the lives of several prominent LGBTQ men and women from Wisconsin.

Here's a look at four of them:

Pierce lived most of his life on Williamson Street on the east side of Madison, where the gay community circled around the Jenifer Street home of writer Keith McCutheon and his partner, Joe Koberstein, Wagner said.

During the 1930s, he was appointed executive office messenger by Gov. Phil La Follette. Pierce described the block as a "most gracious and always interesting street," and used his connections on the street to advocate for the civil rights movement.

"His father had been a porter which was a prestigious job for the African American community in those days," Wagner said. "The family also ran a tailor shop in the Lorraine Hotel, which was the fashionable hotel in town at that point, and so Ted worked in the tailor shop and he knew of sort of the sexual underworld at the Lorraine Hotel."

Partridge, an art educator, and Frink, an English teacher, met at the Milwaukee-Downer College in the mid-1910s. Together, they founded the Layton School of Art in Milwaukee in 1920.

Both women were very active in Milwaukee's public life and well known to the community, Wagner said. In the 1930s, they were part of Wisconsin's New Deal arts programs

"They had what would be termed a domestic friendship in those days, which was again a kind of a coded language for two women living together in a relationship," he said. "They sort of shocked Milwaukee because they had live nude modeling for art classes ... they had gay faculty and gay students as part of the art school."

Born in Kewaskum in 1901, Wescott chronicled feeling unwelcome in Wisconsin. His early books, including the Harper Prize winning "The Grandmothers" and the short story collection "Goodbye, Wisconsin," were set in the state.

Wescott briefly went to the University of Chicago in 1919 and moved to France in 1925 with his longtime partner, Monroe Wheeler.

"He talked about being back for a visit and that he was wearing his French beret that he had acquired in Europe, and his brother basically said don't do that in the town, that it's too strange," Wagner said. "Basically he said he couldn't live here and he went off and lived in New York."

A Look At Wisconsin's LGBT History, 50 Years After Stonewall 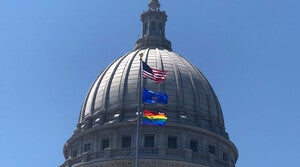 Today marks the 50-year anniversary of the riots at New York City’s Stonewall Inn. The uprising invigorated activism for gay rights. However, LGBT Americans were working for acceptance long before. We explore Wisconsin’s role in LGBT history, before and after Stonewall.