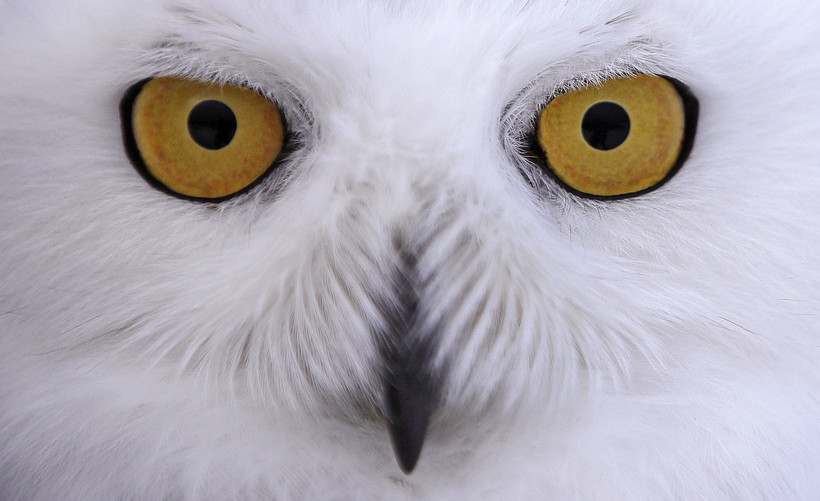 In this Dec. 14, 2017 photo a snowy owl stares prior being released along the shore of Duxbury Beach in Duxbury, Mass. Charles Krupa/AP Photo

5 Birds To Look For This Winter

Glimpse Them While Participating In Traditional Christmas Bird Count, Which Runs Through Jan. 5
By Elizabeth Dohms-Harter
Share:

In the 1800s, a Christmas tradition had men going out after dinner to shoot birds competitively. The goal, said retired wildlife educator and naturalist Bill Volkert, was to shoot the most, and most varied, birds possible.

"The assumption was that wildlife and our natural resources were unlimited," said Volkert, who worked for the Wisconsin Department of Natural Resources.

But then the passenger pigeon went extinct, and realizations were made that resources weren't, in fact, infinite.

A new tradition was born — this one from American ornithologist Frank Chapman, who suggested counting birds instead of hunting them.

The global Christmas bird count, which has compiled data for more than 100 years. This year's count runs through Sunday, Jan. 5, and anyone can get involved by first finding a bird count nearest them.

The counts are now standardized and conducted in a 15-mile diameter circle. In Wisconsin, there are more than 80, Volkert said.

"The nice thing about it is this is a time of year when bird populations are relatively stable," Volkert said. "We're well past the migration for most things. With that, it gives us a pretty accurate count of what resident birds are distributed across the continent."

You don't have to participate in a bird count to enjoy winter's offerings. Winter can be a great time to spy some elusive flyers, such as these five: They like to eat insect grubs and will visit the occasional backyard bird feeder, Volker said.

When on the lookout for these birds, notice their behaviors.

"They have the peculiar habit of walking down trees or hanging on the underside of limbs as they look for food," he said. 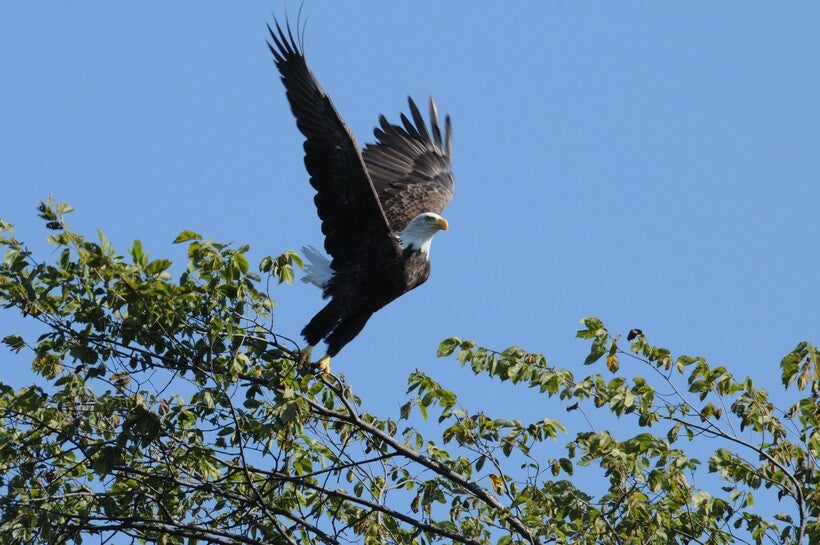 This raptor's numbers started to decline rapidly in the 1970s but made significant recovery after the pesticide DDT was banned and the bird took cover under the Endangered Species Act.

"Today, the bald eagle is no longer a rare sight in Wisconsin, but they are always a thrill to watch," Volkert said.

Bald eagles tend to concentrate in the winter along the Wisconsin and Mississippi rivers, specifically below the dams. They need the open water for access to fish, which is their primary source of food. And that becomes less available in other parts of the state as lakes and streams freeze over.

Bald eagle watching events are held in several places in Wisconsin throughout the winter. 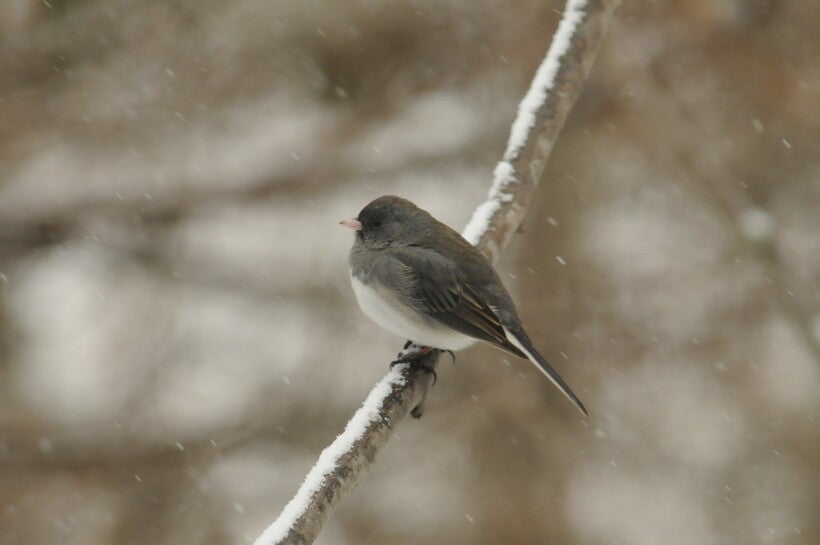 Sometimes called "snowbirds" because of their proclivity to show up at bird feeders only after snow cover is established, the northern juncos are a member of Wisconsin's native sparrow family.

These birds are identified by a distinct line on their breast where their gray plumage stops and their white bellies begin. You can see the white outer tail feathers that stand in contrast to the rest of their darker tails when the northern junco is in flight. Find these birds in open areas and near shrubs and backyard feeders. 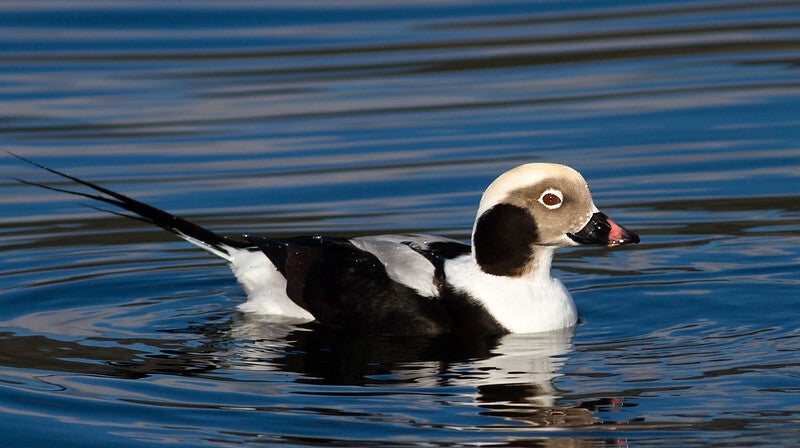 These ducks have a long flight from breeding grounds in Arctic Canada, from Hudson Bay to Alaska and around the island of the High Arctic, Volkert said.

While in Wisconsin, the birds look quite different compared to the summer, when they're breeding. In winter, their heads and sides are white. Their breasts and pointed tails are dark.

You might find these ducks around the harbors along Lake Michigan and in open water on Lake Superior. They like to dive for food in deep water. They can be difficult to spot if they choose to feed or rest away from shore, but they do enjoy wintering on the Great Lakes. 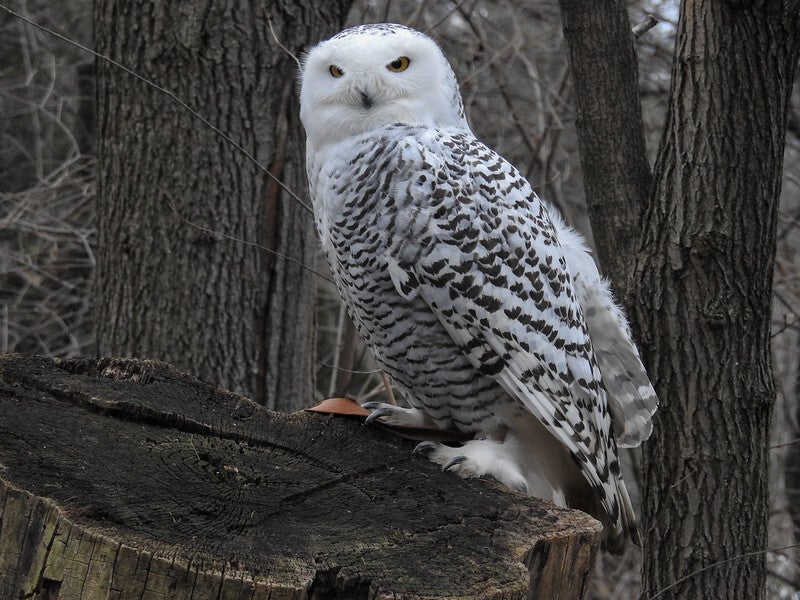 These elusive creatures are another winter transplant from Canada. They come in high numbers to Wisconsin about every four years, when the lemming population changes in the arctic, Volkert said. They fly south for food. There are, however, always a few that visit Wisconsin each year.

"This winter is not a high year in the irruption cycle, although a number of snowy owls have been sighted around Wisconsin," Volkert said.

The DNR keeps tabs on the snowy owl and tracks locations where it's been spotted.

Volkert said it's important to be careful when coming across snow owls. Because they spend most of their time in the arctic, where there are few people, they may be easy to approach because they're unfamiliar with humans. But when they arrive in Wisconsin they can be in poor condition and merely are here to hunt.

"Keep your distance and watch them through binoculars so as to not disturb them while they are hunting and resting," Volkert said. 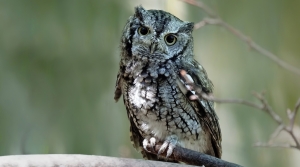 Christmas bird counts have been going on since 1900. Our birding expert talks about the Wisconsin Christmas count and how you can get involved. He has suggestions for where to do some winter bird watching and we look at the recent report showing the loss of birds in North America.

Tommy Thompson Begins Term As UW System President
Wisconsin Supreme Court Narrows Possibility Of Voter Roll Purge Before November
Antetokounmpo On NBA's Return: 'This Is Going To Be The Toughest Championship You Could Ever Win'
Decision To Reduce Doe Tags In Northern Counties Draws Mixed Reaction
Wisconsin In For A Hot And Humid Fourth Of July Weekend
More WPR News