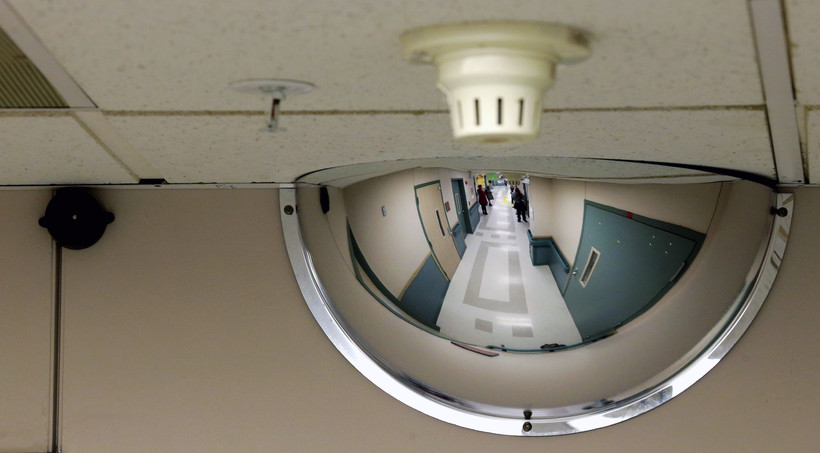 Legionnaires' is a type of pneumonia caused by bacteria typically present in low concentrations in warm tap water. On Wednesday, the hospital used a "hyperchlorination" process to eliminate the Legionella bacteria.

There may be more cases beyond the four, but officials won't know until after the water system is disinfected and the incubation period for Legionnaires' is over.

"So if nothing has happened two weeks from today then I think we can all be reassured that was the last of it," said Nasia Safdar, medical director of infection control at University Hospital.

"It's a frightening thing for most patients to hear," Safdar said but underscored how common the bacteria is. "It's in the environment. It's all around us. The number of cases where people get sick compared to the number of cases where you inhale it and recover are very few. But we care for a very sick population so we're very cognizant of the concerns they have."

Recently, the hospital's water treatment was adjusted which officials believe may have made it a breeding ground for the bacteria. The hospital was trying to save water.

"The flow was altered in the system. So instead of being at a consistent high flow it was altered to be more flexible to be on demand," explained Safdar during a press conference at the hospital Wednesday.

"I don't know that that's necessarily the cause. It's one of the things we're exploring," she said. "We can't explain what else it could have been."

Currently the hospital is conducting tests to determine if the bacteria found in the patients is related to the water system.

The hospital has stopped the use of hospital showers but will resume Thursday after the system is disinfected. Cold tap water poses no risk, officials say.

This is not the first case of plumbing causing Legionnaire’s in hospitals. In 2010, a decorative waterfall at Aurora St. Lukes in Cudahy was believed to be the source of the bacteria that sickened eight people.

Editor's note: This story was updated at 5:20 p.m. Wednesday, Nov. 28, 2018 with additional information from a University Hospital press conference.