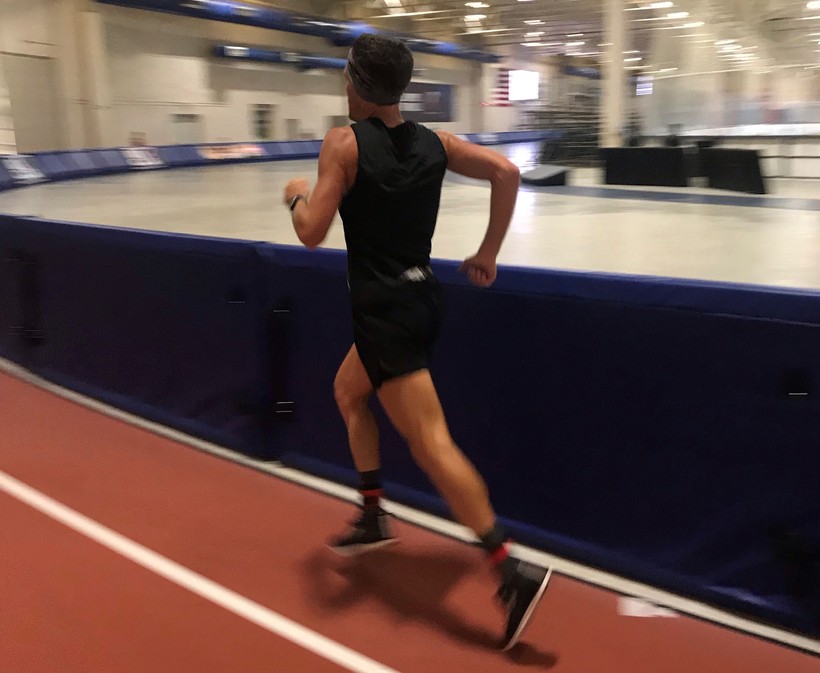 Running a marathon is no small achievement — but then try completing four in a row.

At 11 hours and 19 minutes, Manitowoc native Zach Bitter, recently set the world record for the 100-mile run, at a pace of 6 minutes and 48 seconds per mile.

Bitter, an endurance athlete and coach who now lives in Phoenix, Arizona, said he had a good feeling ahead of the Six Days in the Dome race at Milwaukee’s Pettit National Ice Center.

"I've had examples of falling short and running out of the ability to be able to push through (self doubt) ... whereas on this one, for whatever reason, maybe just the six-year journey I've been on to get to this point, gave me a lot of ammunition to push past a lot of the hard spots and get into positive self-thought," he said.

But when the 33-year-old set the record Aug. 24, he didn’t stop running. He had his sights set on beating another world record — distance within 12 hours. 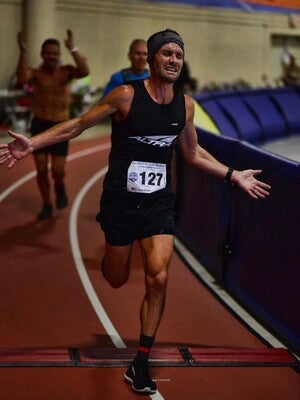 In ultra-marathon running, there are also timed events — six hours, 12 hours, 24 hours, etc. — where runners aim for distance in a set amount of time.

"The 12-hour one fits nicely into a kind of a dual target because with the time I ran, 11 hours and 19 minutes, simply meant that if I could handle staying out there for another 40 minutes, I could potentially get a world record for that event as well," he said.

Bitter said he did slow down, slightly, and picked up an extra 4.88 miles to set the world record.

He covered 378 total laps around the track at the Pettit National Ice Center — which holds an indoor speed skating rink and hockey rink. The 363 laps made 100 miles. The center is climate controlled, which was a huge variable he didn’t need to worry about.

"It just came down to making the logistics work on the day and minimizing any potential mistakes, bathroom breaks and things like that so that I could stay moving for the most part,"  he said.

While running 100-plus miles may seem extreme, Bitter said it’s all relative. Sometimes shorter endurance events can be more challenging.

"It almost comes down to like, pick your poison to a degree on race day," he said. "Do you want to suffer acutely for a short period of time or suffer a dull pain for a long period of time?"

"Regardless of whether you pick a 5k, 10k, half marathon or decide to, you know, push up into the ultra distances, you can certainly realize your full potential with whichever one that is," he continued.

For Bitter, this race isn’t the longest he’ll take on this year. In about three weeks, he’s making his way to Greece to compete in the Spartathlon, a 153-mile race from Athens to Sparta.

"Right now, I'm hyper focused on recovery and trying to feel decent for that and see if I can get one more good race in this year," he said. 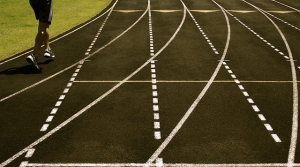 Long-distance runner Zach Bitter recently set the world record for a 100-mile run at Milwaukee's Pettit National Ice Center, clocking in at less than 12 hours. We talk with him about the allure of endurance running and what went into setting the record.

Tommy Thompson Begins Term As UW System President
Wisconsin Supreme Court Narrows Possibility Of Voter Roll Purge Before November
Antetokounmpo On NBA's Return: 'This Is Going To Be The Toughest Championship You Could Ever Win'
Decision To Reduce Doe Tags In Northern Counties Draws Mixed Reaction
Wisconsin In For A Hot And Humid Fourth Of July Weekend
More WPR News