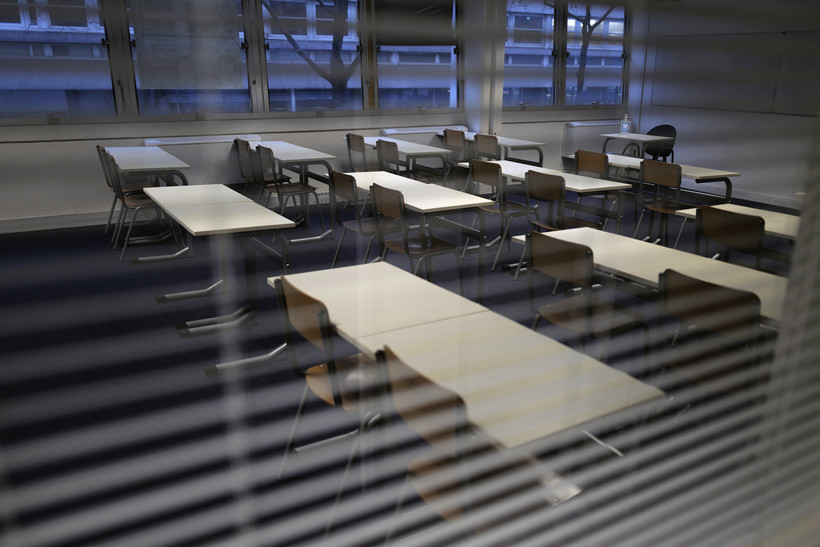 Three members of the board overseeing Wisconsin's technical colleges are refusing to step down even though their terms ended more than a year ago. It's the same approach used by Wausau dentist Fred Prehn who was encouraged by Republican state senators to linger beyond his appointment to the DNR's Natural Resources Board to ensure conservative control.

Dairy farmer Becky Levzow, Vice President of Associated Builders and Contractors of Wisconsin Kelly Tourdot and former Republican state Rep. Mary Williams were appointed to the Wisconsin Technical College System Board by former Republican Gov. Scott Walker and began their six-year terms in 2016. The three have stayed on and continued voting on Wisconsin Technical College System business despite their terms expiring in May 2021.

Democratic Gov. Tony Evers has nominated six people to the WTCS board but none have been confirmed by the GOP-controlled state Senate.

Three of those individuals, Megan Bahr, Quincey Daniels and Daniel Sperberg are currently serving on the board because Walker appointees stepped down at the end of their terms.

Two of the other Evers appointees, Daniel Klecker and Sara Rogers, have been attending meetings as "WTCS Board appointees" but have not been able to vote on issues before the board, according to meeting minutes.

Klecker, who works with the Automotive Service Excellence Education Foundation, told WPR he was appointed to the tech system board in fall 2021 after a previous appointee was withdrawn by the governor after moving out of state.

He said he got a call from WTCS President Morna Foy who congratulated him but also mentioned Williams had indicated she would not be leaving the board until Republican state senators confirmed his nomination.

"At first it was like, well, this is a good training time for me to understand what the role is and how it works," Klecker said. "But now, I'm definitely ready to take a seat at the table."

Despite not being able to vote, Klecker said he still receives WTCS board documents prior to meetings and tries to attend meetings in-person or virtually "to at least overhear what's going on."

The decision by the three Walker appointees to stay on the board well past their terms mirrors an approach used by Wausau dentist and gun store owner Fred Prehn, who has refused to leave the Wisconsin Natural Resources Board, which oversees the Department of Natural Resources.

In a January interview with WISPOLITICS, LeMahieu said Republicans weren't planning to take up Evers' remaining appointments to boards overseeing the UW System, technical colleges or the DNR.

As of September 2022, Wisconsin's nonpartisan Legislative Reference Bureau tallied at least 150 unconfirmed Evers appointees to a host of state boards including the UW System Board of Regents, the WTCS Board and the NRB.

Klecker said he can see there are "some obvious political implications" happening with the NRB situation, but he doesn't see a parallel with his situation.

"At the meetings I've been at, there just is nothing political about the tech college system board," Klecker said.

Klecker said state senators "really need to do their job" and hold an up or down vote on his appointment and others.

Walker's WTCS board appointees Tourdot and Levzow did not return calls from WPR seeking comment for this story.

Williams, who represented the 87th Assembly District of northern Wisconsin for 11 years, told WPR to "look at what the State Supreme Court came out with" when asked why she's not stepping down.

On June 29, the conservative majority of the Wisconsin Supreme Court ruled that Prehn, the former head of the Wisconsin Natural Resources Board and a Walker appointee, can continue serving until an Evers replacement is confirmed by the state senate.

The decision came after the Wisconsin Department of Justice, led by Democrat Josh Kaul, sued Prehn and the Wisconsin legislature to remove him from the NRB.

In a dissenting opinion, Rebecca Dallet, who wrote on behalf of the court's three liberal justices, said allowing Prehn to serve on that board indefinitely while the Legislature refuses to act on Evers nominees "makes him the final authority on whether he remains in office."

"One unelected official should not be able to dictate his term in office over the will of the people's elected representatives," wrote Dallet.

UW-Madison Associate Professor of Law, Mariam Seifter told WPR the impact of the state Supreme Court's ruling is a "sort of partisan breakdown where appointees from one party stay if they please, as long as the Senate is ok with it."

"The result is that the decision sort of condones, or at least does not prevent a hardball tactic in which people just refuse to go," said Seifter. "So, I think that's the fallout that you're seeing now."

Schweber calls that and the approach by Republican state lawmakers "asymmetrical hardball."

"This kind of action is perfectly permissible," Schweber said. "The thing is, no Legislature has ever used this power in remotely such a radical way to disempower a governor. So, what we have is a formally recognized power that's long-standing, but a deployment of that power that's radical and unprecedented."

Democratic state lawmakers have also used the confirmation process in an attempt to block a governor's appointment.

In 2001, Former Republican Gov. Tommy Thompson re-appointed UW Regent Gerard Randall to a seven-year term, but Democrats, who controlled the state Senate at the time, refused to confirm him. When former Democratic Gov. Jim Doyle took office in 2003, he rescinded the appointment, but Randall refused to leave the board until a successor was confirmed by the Senate. That didn't happen until 2007.

As some GOP appointees cling to power, members of the UW System Board of Regents, who were appointed by Walker, have chosen a different tack.

On May 4, former Regent President Drew Petersen submitted a resignation letter to Evers.

"Serving on the UW System Board of Regents has been an honor and privilege," wrote Petersen. "However, my term ended on May 1, 2021, and it is time to let another person serve and continue the Board's important work."

"I wish my former Regent colleagues and the newly appointed Regents well as they work to move our System forward into the future," wrote Grebe.

While the nine of Evers' appointees are serving their terms on the board of regents and voting on university business, Republican gubernatorial candidate Tim Michels has said he will replace all of the unconfirmed members if he is elected this fall, which would return the board to GOP control well before the end of the members' seven year terms.