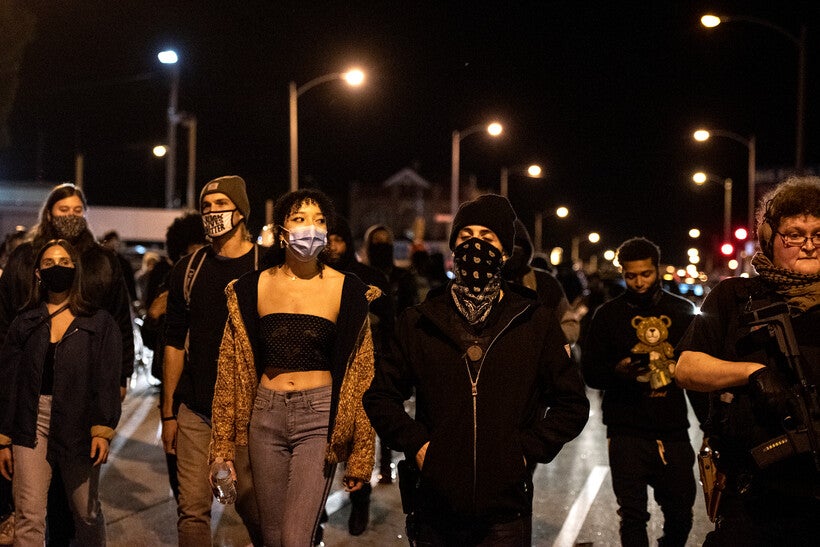 Protesters cross into Wauwatosa after marching from Milwaukee on Wednesday, Oct. 7, 2020. Angela Major/WPR

Friday Was Third Night Of Protests After Officer Wasn't Charged In Killing Of Alvin Cole
By The Associated Press
Share:

Twenty-eight people were arrested in Friday's protest over the lack of charges against a suburban Milwaukee police officer who fatally shot a Black teen.

It was the third straight night of protests after prosecutors declined to charge Officer Joseph Mensah in 17-year-old Alvin Cole's death. About 100 people gathered outside City Hall past the 7 p.m. curfew and refused orders to disperse.

Police said Saturday that two of the arrests were for felonies. Police recovered a handgun, materials to start fires and a stolen vehicle.

Police asked citizens to continue to comply with the curfew, which remains in effect on Saturday and Sunday nights.