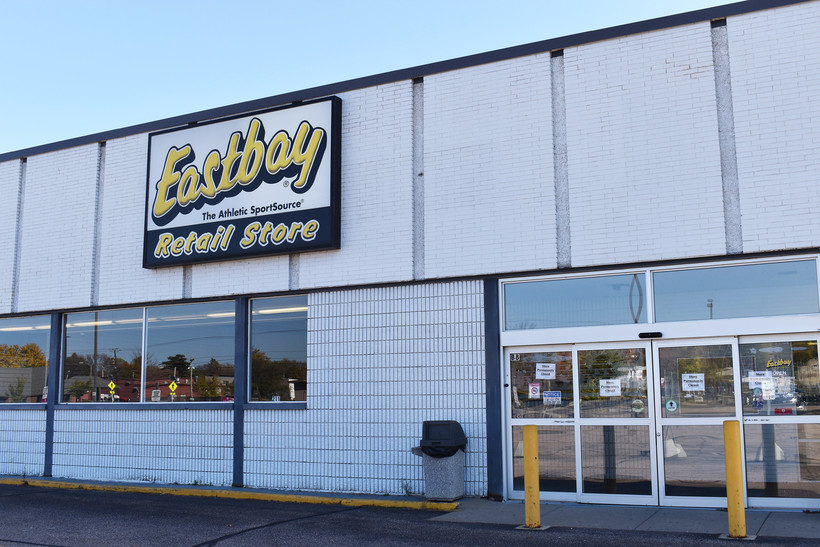 Layoffs will begin in late January; the center will close by the end of April
By Rob Mentzer
Share:

A Wausau shoe retailer that began with two entrepreneurs selling sneakers out of a van and became a multi-million-dollar enterprise will lay off 210 workers in central Wisconsin.

Foot Locker Inc. said this week it would close its Wausau-based distribution center. Layoffs will begin in late January; the center will close by the end of April. The company will retain a call center and some corporate positions in the city.

The Wausau-based Eastbay Inc. has been part of Foot Locker since 1997. It was founded in 1980, when entrepreneurs Art Juedes and Rick Gering held mobile "shoe clinics" around central Wisconsin. The company grew into a brick-and-mortar store, and then into a national mail-order retailer with glossy catalogs pored over by sneakerheads. The brand still has more than 400,000 followers on Twitter and millions of likes on TikTok.

After Foot Locker acquired the company, corporate Eastbay employees managed e-commerce for Footlocker.com during the early growth of online retail, and online orders were filled out of the Wausau distribution center.

By the time Foot Locker acquired the company, it was one of Wausau's biggest employers. At its peak, it would employ more than 2,000 people. As recently as 2015, it reportedly had more than 1,000 employees in the region.

But its presence in central Wisconsin has dwindled in recent years. Earlier this year, Foot Locker sold off a part of its sales team to a company that caters to high school athletes.

Rumors that Foot Locker would pull out of the city altogether have circulated for years, and last month Eastbay's retail outlet in Wausau closed; signs at its entrance read "Store permanently closed."

Jason Christensen has worked at the Wausau distribution center for about eight years. He said he's seen signs in recent years that the company could be pulling out of central Wisconsin, including staff reductions, lower order volume and rampant internal rumors. He said he wasn't surprised by the news, but is still disappointed.

The company is offering workers the opportunity to move to another distribution center, but Christensen said he's already gotten leads on new jobs that wouldn't require him to move.

"We take these types of decisions seriously," a Foot Locker spokesperson said in a statement to Wisconsin Public Radio. "We are working with the impacted team members to provide potential opportunities within the company, a competitive severance package, a stay bonus and career services support."

In a statement, Wausau Mayor Katie Rosenberg, herself a former Eastbay employee, said Eastbay and Foot Locker "have been employment pillars in our community for decades, so this is understandably hard news for our community."

Because of the company's history, it's also been deeply enmeshed in Wausau. Eastbay once sponsored a public 15-field soccer complex (now sponsored by a local bank) and an annual Turkey Trot running event.

The layoffs come as Wisconsin has seen consistently low unemployment rates and job growth in eight of nine months of 2022. And a recent report found the state's manufacturers were generally optimistic about the economy in the coming year.

On the state's Department of Workforce Development, which posts layoff notices, Foot Locker's closure is one of only two new layoff notices this month. In new data released Thursday, the state's unemployment rate was 3.2 percent.