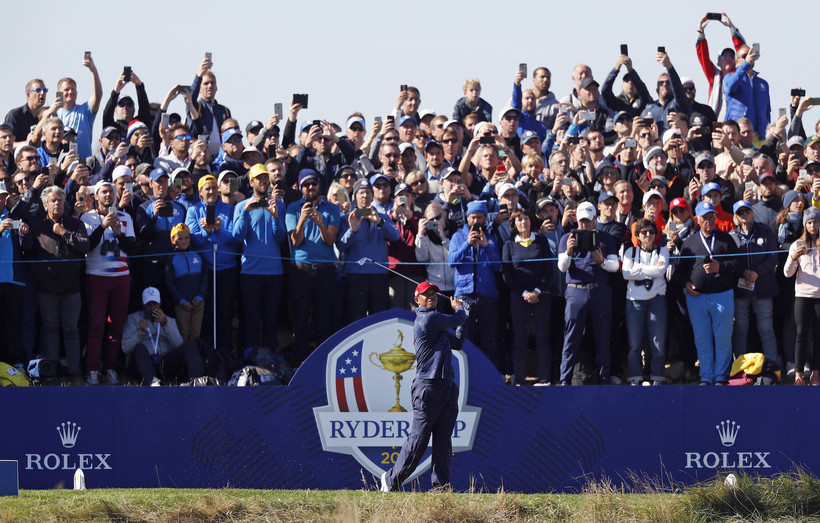 In a Sunday, Sept. 30, 2018 file photo, Tiger Woods plays a shot from the 4th tee during a singles match on the final day of the 42nd Ryder Cup at Le Golf National in Saint-Quentin-en-Yvelines, outside Paris, France. A decision is looming whether to play the Ryder Cup in Wisconsin in September 2020 with fans or even postpone it until next year. Alastair Grant/AP Photo

Organizers Expect Up To 40K Fans Per Day
By Megan Hart
Share:

The eyes of the golf world will be focused on Wisconsin this week, with the Ryder Cup set to begin Friday at Whistling Straits.

The tournament was planned for 2020 — on the heels of the Democratic National Convention — but was postponed due to the COVID-19 pandemic.

Top American golfers will face off against their European rivals in the biennial competition, which could draw more than 100,000 people to southeast Wisconsin. Officials have said the event could bring about $135 million to the region.

Here’s what to expect.

The Ryder Cup Is A Big Deal

Wisconsin native Steve Stricker is captain of the American Ryder Cup team. At a recent news conference, he said he didn’t expect his home state to host golf’s biggest event during his lifetime. But Wisconsin has become a golf destination, he said.

This isn’t the first time the state is hosting an important golf tournament. Whistling Straits has hosted the PGA Championship, and Erin Hills held the 2017 U.S. Open. But the Ryder Cup is different — both in format and ambiance.

Stricker finalized his team a couple of weeks ago. It features nine of the world’s Top 11 players. Meanwhile, the European squad was announced last week and includes No. 1 Jon Rahm and Rory McIlroy, who’s won four Majors.

The Ryder Cup encompasses three days of competition. On Friday and Saturday, pairs will face off in four-ball and foursome matches. The tournament concludes with singles matches Sunday. There will be 28 matches in total, with each one worth 1 point.

Europe won in 2018, and historically, the home team has an advantage. The American squad practiced at Whistling Straits earlier this month, and the pandemic could make it more difficult for European fans to show their support in person.

Unlike most other golf tournaments, Ryder Cup fans can get rowdy. And officials are expecting a big turnout in Kohler. 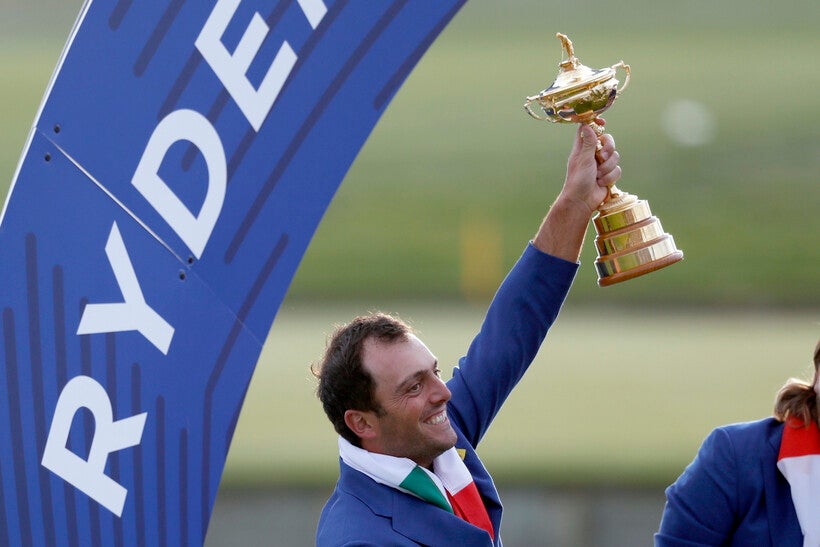 In this file photo taken in Saint Quentin-en-Yvelines, outside Paris, France, on Sept. 30, 2018, Italy's Francesco Molinari holds up the trophy after European team won the 2018 Ryder Cup golf tournament. Molinari is a major champion, a Ryder Cup hero and the poster boy of this week’s Italian Open. His achievements have helped boost golf’s popularity as the country prepares to host the 2022 Ryder Cup on Rome’s outskirts _ an idea that would have been unthinkable two decades ago. Alastair Grant/AP Photo

More Than 40K Fans Per Day Will Visit Sheboygan County

Because the raucous atmosphere is such an integral part of the Ryder Cup experience, tournament organizers decided to postpone the tournament last year after it was determined that fans wouldn’t be able to attend. Now they’re expecting between 40,000 and 45,000 spectators per day.

Tickets sold out instantly when they went on sale back in 2019. But that doesn’t mean fans can’t still enjoy the festivities.

Tickets are available on the Ryder Cup’s official exchange. They start around $200 for competition days and $60 for practice rounds. For those without tickets, Destination Kohler will host watch parties this week, featuring food and music.