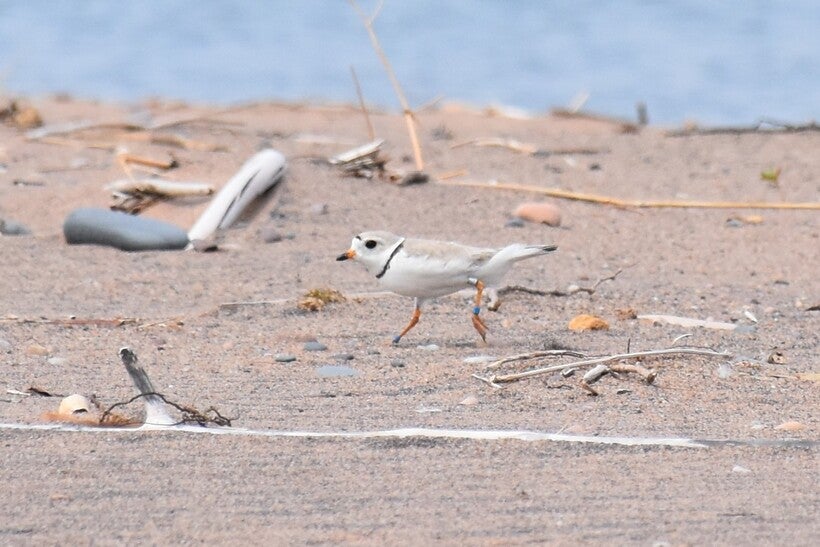 Piping plovers are an endangered shorebird and efforts have been ongoing to promote their recovery across the Great Lakes.
Photo courtesy of Alice Ahlfield, NPS Biological Technician

2019 A Record Year For Piping Plover In Wisconsin

An endangered shorebird is having a record year in Wisconsin. Federal, state and tribal partners working on the recovery of piping plover saw a record number of chicks take flight.

"One of our most successful years ever where we had a total of 10 pairs in the state that produced 26 young," said Sumner Matteson, avian ecologist with the Wisconsin Department of Natural Resources.

Piping plover were first listed as endangered across the Great Lakes in 1986 after suitable shoreline habitat for the bird had declined. The shorebirds prefer to nest on sandy dunes and cobblestone beaches. There were just 16 pairs at the time of listing.

This year, officials recorded 71 nesting pairs across the Great Lakes, said Reena Bowman, a biologist with the U.S. Fish and Wildlife Service. The number is up slightly from the 67 pairs discovered last year. However, Bowman said numbers are down from a record 76 pairs recorded in 2017, adding that high lake levels reduced the amount of habitat across the lakes. 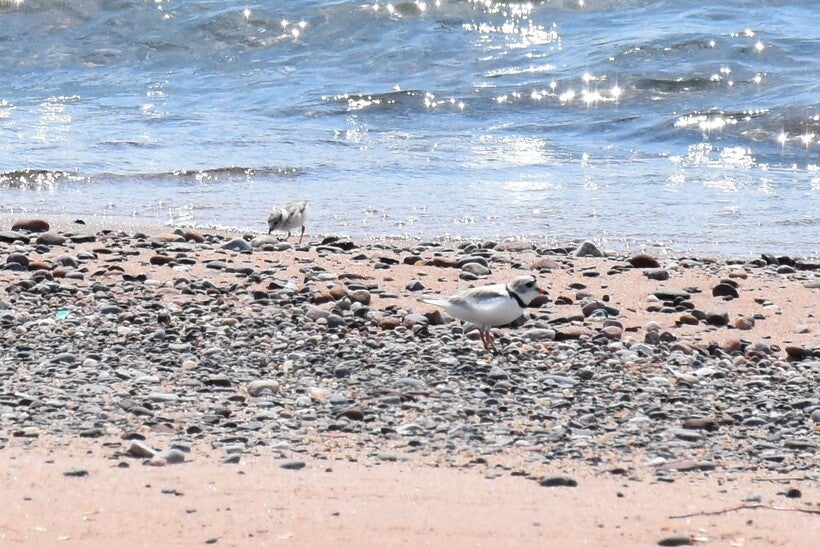 "Then, we had quite a lot of severe storms this summer that kind of caused some nest washouts," said Bowman. "There’s definitely some issues this year, but overall in Wisconsin we had like the best year that we’ve ever had."

"We had a really good year at Cat Island, which is a beneficial dredge disposal project in lower Green Bay," said Bowman. "Because it’s not a natural type of shoreline, it wasn’t really impacted by the high water levels."

"We have had piping plovers show up at Outer Island, but we’ve never had — to our knowledge — successful nesting," she said. 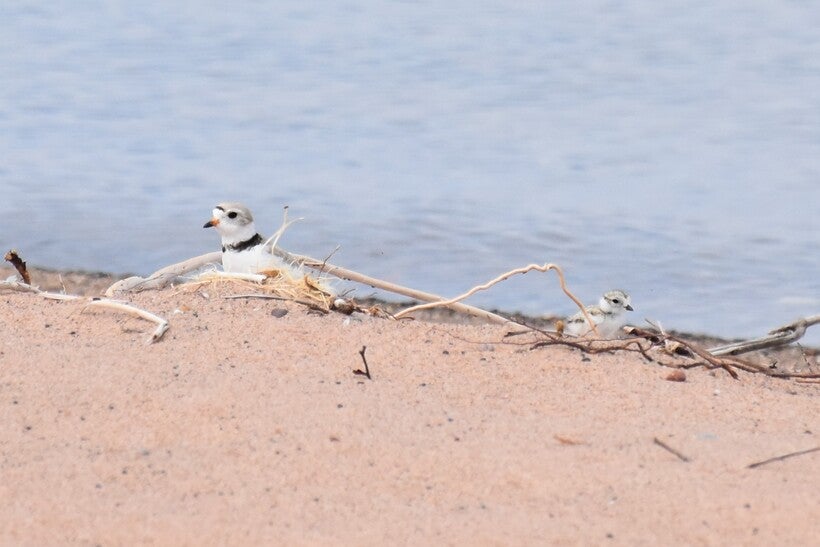 Wisconsin saw a record 10 nesting pairs of piping plovers in 2019, including one pair on Outer Island within the Apostle Islands National Lakeshore.
Photo courtesy of Alice Ahlfield, NPS Biological Technician

The park works closely with the Bad River Band of Lake Superior Chippewa to promote the bird’s recovery on the islands. This year, a piping plover monitor with the tribe alerted park officials to an abandoned nest.

"She ended up putting the eggs in an incubator, and they spent the night in the incubator on the island. Then, Bad River transported them off," said Burkman.

The eggs were then transported to a captive rearing station in Michigan where they later hatched and were released on Whitefish Point in Michigan’s Upper Peninsula.

The rescue is one of many ways in which officials are working to bolster the bird’s population. In Superior, state and federal officials will examine a new potential nesting site for piping plover this week that was created on Wisconsin Point facing Allouez Bay. The beach nourishment project was designed and built by the U.S. Army Corps of Engineers.

Piping plover once nested on Wisconsin point in 1977, Matteson said. The birds have been spotted in the Twin Ports, but piping plover haven’t nested in the area as it’s faced challenges from foot traffic, dogs and severe storms.