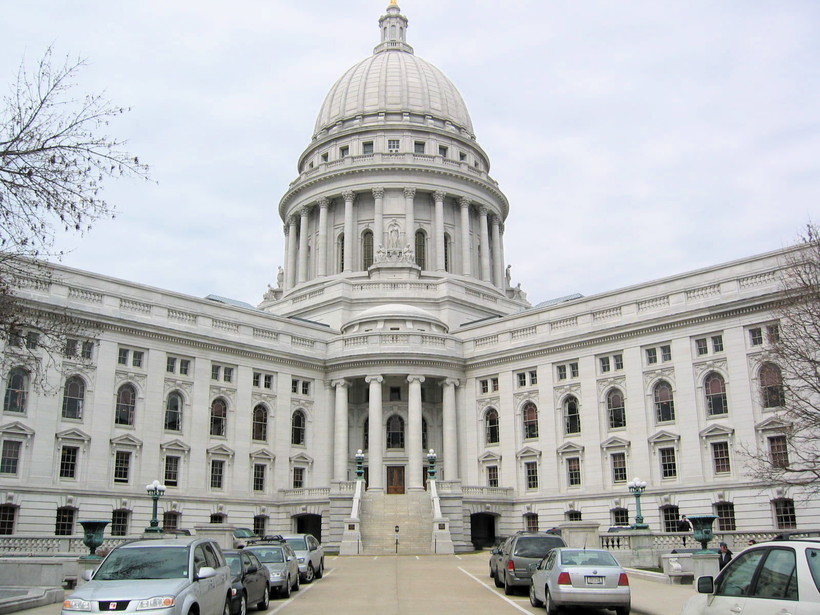 So Far, Madison Lawyer Josh Kaul Is Only Democrat Campaigning For AG
By Shawn Johnson
Share:

While Democrats are lining up to challenge Gov. Scott Walker this November, the field of candidates running for Wisconsin attorney general is considerably smaller.

"We need somebody who is going to stand up to fight for Wisconsin families rather than fighting for powerful special interests," Kaul said in a recent interview.

During a year-end interview from his capitol office, Schimel said this election would be about his own record. But when asked his impressions of his possible opponent, Schimel referenced Kaul's age. Schimel is 52. Kaul is 36.

"He is very young to hold a position like this," Schimel said. "And it's not the youth so much as the lack of experience."

"There is no learning curve when I take on public safety challenges," Schimel said. "He's going to have a tremendous learning curve."

Kaul said his experience working for the U.S. Attorney's Office in Baltimore has prepared him to be attorney general.

More recently, Kaul was part of a team of attorneys who successfully challenged several Republican-authored voting restrictions in Wisconsin.

When it comes to issues, Schimel said he'll run on his record of keeping campaign promises.

"Wisconsin is leading the nation in what we're doing battling the opioid epidemic," Schimel said. "We have led the nation in many cases in the battle to preserve state sovereignty versus the federal government." Kaul said the race would focus on the backlog of rape test kits under Schimel's watch, his unwillingness to hold pharmaceutical companies accountable for the opioid epidemic, and his use of taxpayer funds for promotional materials like challenge coins.

"Brad Schimel has abused taxpayer resources in a lot of ways," Kaul said.

The race for attorney general will undoubtedly be overshadowed by races for governor and U.S. Senate in 2018.

A total of 17 people have registered campaigns to run for governor as Democrats, a number that could soon grow. The winner of their August primary will face Walker, who was first elected in 2010.

While Schimel was first elected in 2014, Republican J.B. Van Hollen was Wisconsin's attorney general for eight years before him.

Former Attorney General Peg Lautenschlager, who is Kaul's mother, was the last Democrat to run Wisconsin's Department of Justice.

"I couldn't be prouder of my mom," Kaul said. "But this race is ultimately going to be about why I think I can do a better job as AG than Brad Schimel has."

Lautenschlager was attorney general from 2003-07. She lost a primary election in 2006 after she was arrested for driving while intoxicated in a state vehicle.

Asked whether that was still a campaign issue in 2018, Schimel said he wouldn't be talking it.

"I'm not," Schimel said. "I'm going to campaign on a positive record."

The field for attorney general could still grow. Nomination papers for the race aren't due until June.