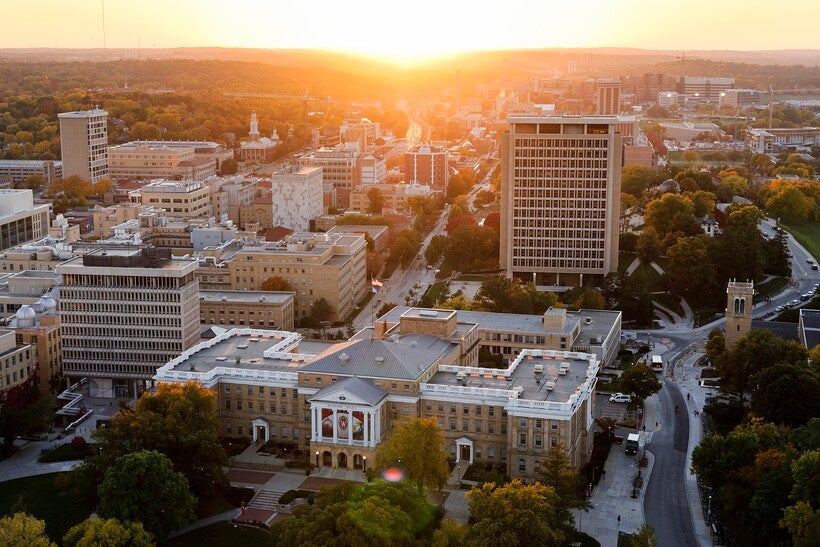 For the first time, the positions of president and vice president of the University of Wisconsin System's Board of Regents are held by women after the board elected its new leadership in Milwaukee on Friday.

Karen Walsh has become the third woman to lead the Board of Regents since the UW System was established more than 50 years ago, succeeding 1980-1982 president Joyce Erdman and 2015-2017 president Regina Millner.

Walsh was uncontested in the election. She said the selection of two women to lead the board is historic.

"Stop and think for a minute how extraordinary that is in higher education," Walsh said. "We've made so many advances, and that was one hurdle we just never reached, and I'm proud to be a part of it."

Gov. Tony Evers appointed Walsh to the board in 2019. Prior to her time as regent, she served in a variety of communications and public information roles at UW-Madison. She also worked as a reporter for Wisconsin Public Radio. Her term as board president will last for one year.

Amy Blumenfeld Bogost was elevated to vice president in another uncontested vote. She succeeds Walsh, who served in the role for the past year.

"I pledge to continue to listen and learn and collaborate and do all that I can to really push the UW System forward," Bogost said.

Bogost was appointed to the board by Evers in 2020.

Evers controls the majority of appointments on the board compared to former Gov. Scott Walker. Evers appointed three new regents to the board earlier this year.

Walsh will take over for Edmund Manydeeds, the board's first Native American president.

Manydeeds, whose term on the board expires in 2026, said his 12 months as president were "quite a ride."

"We were successful in getting who I believe are people that are able to lead us into the future both at the Madison campus and here at the system with (new UW System) President Rothman," Manydeeds said.

Manydeeds' tenure saw the departure of multiple key figures in the UW System. Former interim System President Tommy Thompson resigned from that role in March. The month after, the interim chancellor of UW-Whitewater resigned, saying afterward that he felt he had a lack of support from system leadership.

The UW System also had to continue to respond to the COVID-19 pandemic during Manydeeds' time as president.

"I believe that we, under the leadership of ... Tommy Thompson, put up a good fight against COVID," Manydeeds said. "It wasn't just him. It was the chancellors and the campuses that (got) the students on board with the vaccination, that got the students on board and wearing masks that kept the campuses open this last year, and we can all be proud of that. We all had a part of that."

Manydeeds acknowledged that many people play a role in the UW System’s success.

"The only way we can be successful is if all of us put our resources, our great minds, together to accomplish what we can accomplish for the state," Manydeeds said.

The Board of Regents’ next scheduled meeting is set to be held by UW-Green Bay in August.