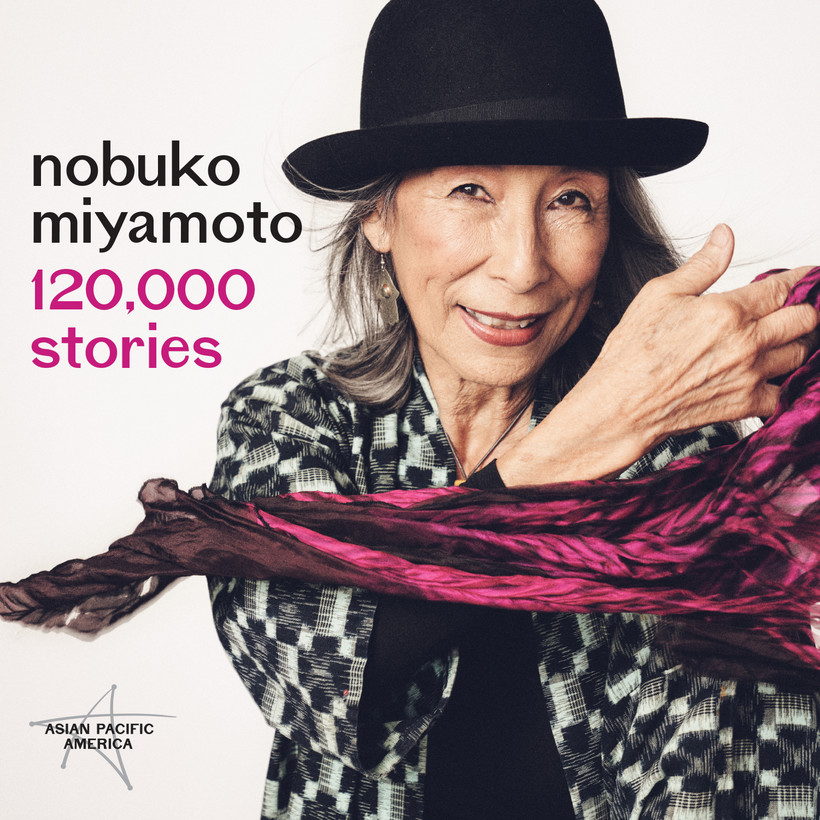 Upon receiving the new 2021 CD released by Smithsonian Folkways titled "120,000 Stories," I was reminded once again of the global breadth and rich diversity of sounds linked to World music.

This album features Asian American artist Nobuko Miyamoto.  Generally, when I receive a CD for airplay consideration, I pop it into my CD player and sit back and absorb the first few moments of the first track. This loose process often gives me an audible glimpse into the artist's creativity. However, this one drew me into a space that captivated my full attention.  Is the music good?  Yes, very much so, though it was the 'stories' that gave me pause and compelled me to pay even closer attention to every line.

This release is a worthy recording to add to your library.

Singer, artist, and activist Nobuko Miyamoto has announced her newest album 120,000 Stories, out January 29th and available now for pre-order. A previous album of hers was the1973’s seminal A Grain of Sand: Music for the Struggle by Asians in America, released by Barbara Dane’s Paredon label, which was the first album of its kind detailing the experiences of Asian Americans in the 20th century. 120,000 Stories continues that legacy; its title evokes the approximate number of people of Japanese ancestry who were incarcerated in camps run by the United States government during World War II. It collects new music, recorded with GRAMMY-winner Quetzal Flores in Los Angeles, that speaks to issues such as Asian American stereotypes and the Black Lives Matter movement, as well as music from A Grain of Sand, recordings of her late-1970s group Warriors of the Rainbow, and performances from various stage productions throughout the past several decades.