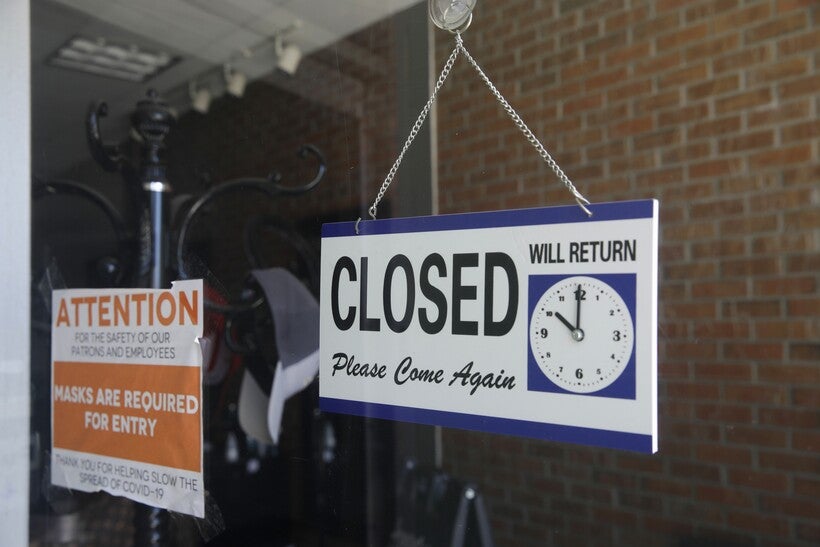 A one-week waiting period is back in effect for unemployed Wisconsinites after a previous waiver expired Saturday.

In February, Gov. Tony Evers signed a bill that extended the waiver for the one-week waiting period through March 13.

In an email Monday, Wisconsin Department of Workforce Development (DWD) spokesperson Grace Kim said the waiting week is "again in effect for new initial applications filed for the week of March 14, 2021."

In Wisconsin and many states across the country, unemployment benefits are typically not payable for the first week a recipient is eligible for benefits. But that waiting week comes on top of the length of time it takes state unemployment agencies to process a person's claim, said Rebecca Dixon, executive director of the left-leaning National Employment Law Project.

Who Is Subject To The Waiting Week?

As the United States passes the one-year anniversary of the coronavirus pandemic and its subsequent job losses, many unemployment recipients still out of work will find themselves in that position soon, if they haven't already.

Will There Be Another Waiver Suspending The Waiting Week?

Prior to Evers' approval of the waiting week waiver through mid-March, DWD attempted to waive the one-week waiting period on its own through the emergency rule process. DWD argued waiving the waiting period allowed the department to distribute benefits more efficiently and enabled the state to regain access to millions of dollars in federal funding.

But, the Legislature's nonpartisan attorneys and GOP state lawmakers said the department did not have the authority to take that step on its own. Ultimately, after Evers signed the bill extending the waiver, DWD withdrew its plans to extend the waiver via emergency rule.

In a press conference Tuesday, Assembly Speaker Robin Vos, R-Rochester, said Republican lawmakers had not discussed plans to waive the waiting week again, and he did not know where the caucus stood on the question. But Vos raised doubts about the need to waive the waiting week, arguing that stimulus spending by the federal government may be leading some to put off reentering the workforce.

"I have concerns that just extending the one-week waiting period and ... not having the requirement be in place that people have to look for work, to not just stay on unemployment, is having an unintended consequence," Vos said. "Our unemployment rate is already somewhat similar to where it was pre-pandemic ... so I don't think the problem any longer is folks being able to access the system, to be able to have the one-week waiting period, it's getting people back into the workforce to be able to find a job."

Senate Majority Leader Devin LeMahieu, R-Oostburg, did not respond to questions about whether Senate Republicans have plans to extend the waiver again.

Why Do We Have 1-Week Waiting Periods?

Dixon said the waiting period was originally put in place when unemployment systems in the U.S. were less automated, and allowed for manual processing of claims. It also allowed states to save money, said Dixon, because if an unemployment recipient goes back to work before reaching their maximum amount of benefits, the recipient ends up losing a week of benefits (if recipients claim unemployment for an additional week past their maximum, payment for their first week of benefits will be tacked onto the end of their coverage, according to Dixon).

"I would say that the week means more to the families than it does to the government in terms of the actual impact of having those funds in their bank accounts," Dixon said.

But if states want to get rid of the waiting week, they will have to come up with ways to fully fund unemployment, said Annelies Goger, a fellow at the Brookings Intuition.

"The problem is that there's a long-term structural deficit in the financing for (unemployment)," Goger said. "We should probably get rid of them if we're really thinking about ... how to get relief to people quickly and keep the money flowing through the economy. But, we do in the long run have to come up with more sustainable ways of financing (unemployment)."

To do that, Goger said states are faced with two choices: limit eligibility and benefits for unemployment recipients, reducing the costs of unemployment; or raise taxes on employers.

"Employers are quite organized to prevent those taxes from being raised so that's one of the reasons why, over time, it has generally been the worker (whose) benefits get cut ... instead of increasing taxes," Goger said.