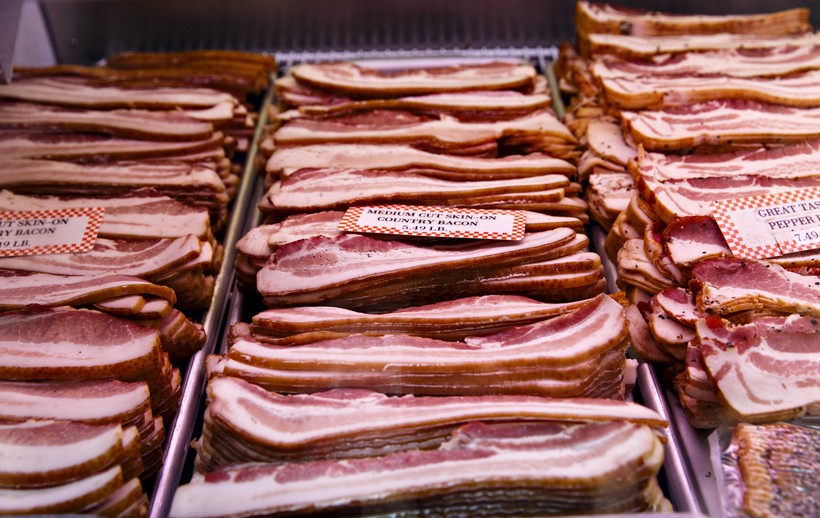 1 In 5 Americans Would Eat Bacon Every Day If They Could. What Makes It Taste So Good?

Americans' love for bacon has been well documented. The popularity of the salty, crispy and smoky treat has moved it far beyond the simple breakfast plate or BLT.

Twenty-one percent of Americans say if they could, they’d eat it every day for the rest of their lives, according to a survey from National Today. Eighteen percent say it’s their favorite food, and 16 percent say they can’t live without it.

"Bacon is just a joy to eat," she said. "When it’s cooking, it smells like being in your mom’s kitchen."

But what exactly makes bacon so appealing?

Researchers at America’s Test Kitchen did a deep dive into bacon and found it has to do with the fatty acids the meat contains. When bacon is cooked, the cell membranes of the muscle tissue — which contain fatty acids — disintegrate.

"That yields that bouquet of flavorful compounds that we love," Cross said. "Some of these compounds have sweet, nutty, caramel notes. Others have more grassy notes, and others have that buttery flavor that seems to be a big key to loving bacon."

When it comes to cooking bacon, Cross prefers to do it in the oven, at a low temperature around 275 degrees Fahrenheit. Line a cookie sheet with foil and then lay the bacon on the foil with a little space between each strip. Depending on how thick the bacon is, cook for about 15 to 25 minutes, flipping it once or twice.

The bacon cooks more evenly and consistently this way — and with a lot less mess, she said.

"It's perfect if you're a little bit lazy in the morning like I am because you don't have to fuss with it, you can just put it in the oven, drink your coffee and wait for your perfect bacon to cook," Cross said.

Another no-fuss recipe Cross recommends is her Asiago Bacon Mini Frittatas, a go-to if she’s having people over because they can be made ahead. 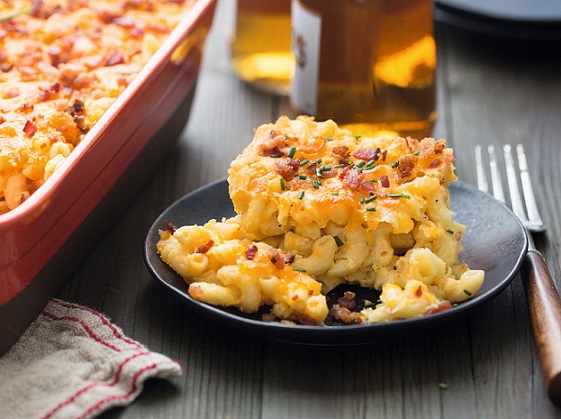 "They’re kind of like an omelet," she said. "The asiago cheese gives it a really nice nutty flavor that pairs really well with the bacon. You can make these ahead of time and then just heat them up before everybody comes over."

For a comforting dinner, Cross recommends giving Beer Bacon Mac and Cheese a try, which she says enhances the creaminess of the mac and cheese.

"Then adding some beer ... adds another flavor element, a kind of earthy, bubbly element," she said. "Those three things together make an unbeatable combination."

And once you’re done cooking the bacon, hold onto the bacon grease, Cross said, it’s great for cooking.

"If you strain it when it's still hot and get most of the particles out of it, you actually get a product that can last for a long time," she said. "I actually have a peanut butter cookie recipe that calls for part butter and part bacon grease ... the combination with the peanut butter is extraordinary.” 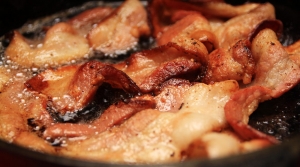 A 2017 survey shows how Americans feel about bacon: 21 percent said if they could, they'd eat it every day for the rest of their lives, 18 percent said it's their favorite food and 16 percent said they couldn't live without it. We discuss how to properly cook bacon and integrate it into our...