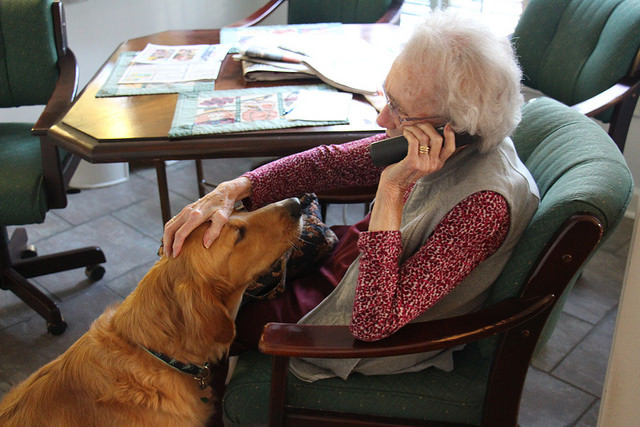 I recently wrote about the death of our 11-year-old dog, Izzy. Best dog ever! The avalanche of emails I received following that column and my Facebook posting was staggering. It dwarfed any feedback ever generated in the past.

Now a few more thoughts about the study I mentioned in that column. It showed that the loss of a pet had a bottom-line impact — the caretaking of a sick pet and the death of a pet can be just as stressful as that of a spouse, relative or close friend.

For pet owners, this is not a shocking statement at all. Anyone who has gone through the loss of a pet knows how it works — it’s grief.

For some, it’s so awful that they never have a pet again because they just don’t want to experience another loss. For others, like my wife, Penny, and me it’s like that old saying, "Better to have loved and lost than never to have loved at all."

And thus, we have our new doggie. He will never replace our beloved Izzy, but it seems that love has no bounds. He’s now our newly beloved Zyggy.

A recent study out of Sweden showed dog owners live longer. Being 70 years old, you can imagine my joy at learning this. In Sweden, everyone has a national health registry number, making the Swedes experts on following people’s health from birth to death. The data show when you saw a doctor, when you were in the hospital, when you were born and when you died. It’s all in the national registry.

And leave it up to the Swedes to do a doggie registry. Every pup has a license and an ID number indicating who the owner is. It’s kind of a national license. There are 9 million Swedes, and 3 million own dogs.

The study compared the Swedes with dogs to those without. After controlling for the usual variables such as diabetes, smoking, etc., they found that if you owned a dog you were less likely to die prematurely from a heart attack.

But here’s the clincher: Among single people living alone, those who owned dogs were 33 percent less likely to die prematurely. Period.

Why? Maybe it’s because dogs get you to walk more — certainly mine does. Or perhaps, just perhaps, it’s because having a dog helps to provide the social support we all need for a long, sweet life.

I can vouch for that. I talk to my dog all the time and I’m convinced he knows just what I’m talking about. Uh, huh. Now, we’re not talking about Zyggy solving a quadratic equation, we’re talking about a bark, a jump and a doggie smile.

I bet it’s a combination of things that make pet ownership socially wonderful.

And it’s certainly not limited to dogs — cat owners smile, too. I also have a good friend who loves her parrot as much as I love my pooch.

My spin: Several years ago, two of my favorite octogenarian patients lost their dog. They didn’t want to get another one out of fear they would die first. My response: If you die, I bet someone will take the dog, so don’t worry. What’d they do? They went out and got two dogs instead. Smart!