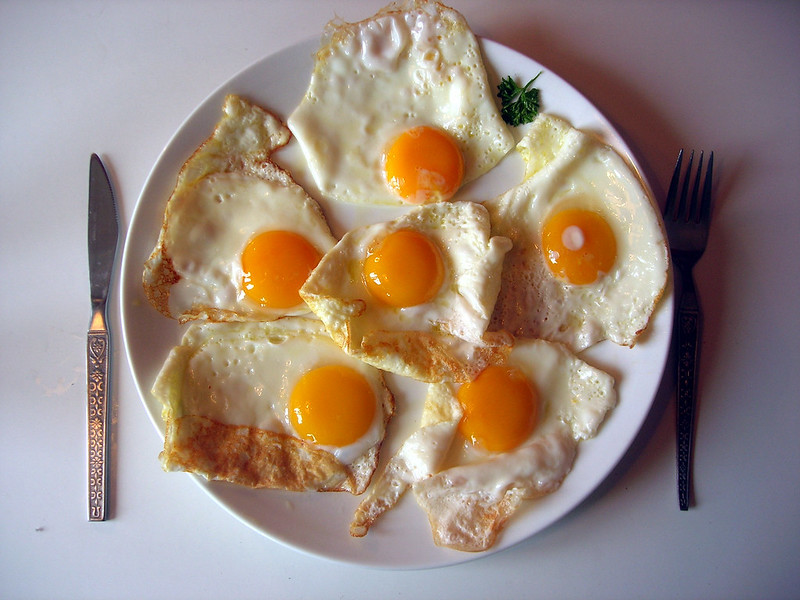 Zorba Paster: The Most Important Meal Of The Day Might Be Why You Can't Lose Weight

Carb-Loading In The Morning Might Be Why So Many Cannot Lose Weight
By Dr. Zorba Paster
Share:

Is breakfast the most important meal of the day? Who started that craze? You might be able to guess.

It was J.H. Kellogg, the cornflakes cereal guy. For Kellogg — a medical doctor and ardently religious Seventh-day Adventist — this was a health food that would aid digestion and lead Americans away from sin.

Well, I’m not sure about that last part, but I do know Kellogg sure was a marketer. He turned his cornflakes operation into a breakfast cereal juggernaut. I had cereal every morning as a kid, and I bet you did, too.

Until the 1970s, when most Americans were the right weight, that was probably just fine. But as carbohydrates became more plentiful, we became fatter and fatter. This breakfast mantra started to look like it wasn’t the best thing to do.

But wait a minute. Just go into any supermarket today and you will see a whole aisle filled with carb-loaded breakfast goodies, including the king of sugary breakfast carbs — the Pop-Tart.

I know most of you have seen all those grocery shelves lined with cereal boxes and more. Now you can have a carb storm that fills your bloodstream with glucose.

What does this sudden surge of glucose do to your appetite? Well, according to new research, it may cause your appetite to surge several hours later. People who have big dips in blood sugar seem to end up feeling hungrier and hungrier during the day.

Research from Harvard published in Nature Metabolism looked at why some people struggle to lose weight even on calorie-controlled diets.

The research team looked at blood sugar from 1,070 people after eating standardized breakfasts and freely chosen meals over a two-week period. This meant looking at more than 8,000 breakfasts, with a follow-up total of 70,000 meals.

The standard breakfast meals were not cornflakes. Lots of adults don’t eat cereal, but they will eat muffins, which are carb-loaded foods.

Participants were put through a battery of tests, including the oral glucose tolerance test, a gold standard to check for diabetes.

They all wore stick-on continuous glucose monitors to measure their blood sugar levels over the entire duration of the study, along with other devices to see how many steps they took, stairs they climbed and other physical activities they engaged in throughout the day.

These folks also recorded their levels of hunger and how alert they felt using a smartphone all day long.

Previous studies that looked at blood sugar after eating focused on the way levels rise and fall in the first two hours after a meal — the typical blood sugar peak. This study went further, looking at blood sugar throughout the day.

That was possible because of those newfangled slick, continuous glucose monitors.

Researchers found that two to four hours after a carb-loaded meal, blood sugar levels fell rapidly below baseline before coming back up. They divided the group into big dippers and small dippers, with the big dippers having a great drop in their blood sugar.

The big dippers had a nearly 10 percent increase in saying they were hungry and waited around half an hour less, on average, before they started eating again. In other words, the big dip from the carbohydrate high made them hungrier later in the day.

Big dippers ate 75 more calories in the three to four hours after breakfast and around 312 calories more over the whole day than little dippers. That kind of pattern could potentially turn into 20 pounds of weight gain over a year.

We have thought for years that blood sugar levels play an important role in hunger. This research shows carbohydrate- or sugar-loading in the morning might cause more hungry feelings later. The size of the sugar dip after eating can have a huge impact on hunger and appetite throughout the day.

My spin: How many calories you eat at a meal appears to affect how hungry you are throughout the day. Carb-loading in the morning might be why so many cannot lose weight.

And those ubiquitous breakfast bars are garbage. They’re just candy bars with peanuts, so advertisers can say they’re high in protein. A handful of peanuts is healthy, but when covered in carbs, like all these bars are, it’s still just carbs in a skimpy protein disguise. Stick with nuts if you need to eat something on the go.

More on how to start your day with a healthy breakfast later. Stay well.