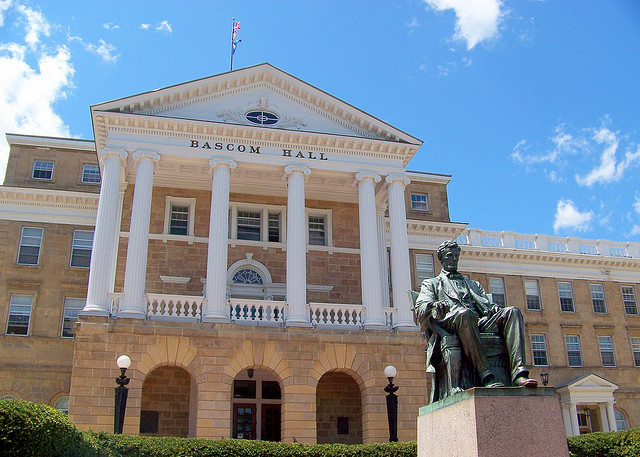 Above, Bascom Hall on the University of Wisconsin-Madison campus. Photo: Monica and Tim (CC-BY-NC-SA).

Latino youth activists from around Wisconsin have re-launched their campaign for what they call “tuition equity” in Wisconsin.

Valeria Gonzalez, who is part of the student-led organization Youth Empowered in the Struggle, said Gov. Scott Walker was wrong to repeal in-state tuition for undocumented immigrants in the 2011- 2013 state budget.

Because of the repeal, undocumented students attending a University of Wisconsin school or technical college in Wisconsin must pay out-of-state tuition.

“We believe that Governor Scott Walker still has the opportunity to change what he has done,” said Gonzalez. “If he wants Latinos to vote for him, he needs to bring back in-state tuition.”

Republicans argue that taxpayer-funded benefits should not be given to people who have come to this country illegally.