Swartley, who is 23, said she has supported the Vermont U.S. senator from the beginning and will vote for him in Wisconsin's April 7 primary.

For Syverson, 18, the April primary will be her first election. She's voting for Sanders, too. 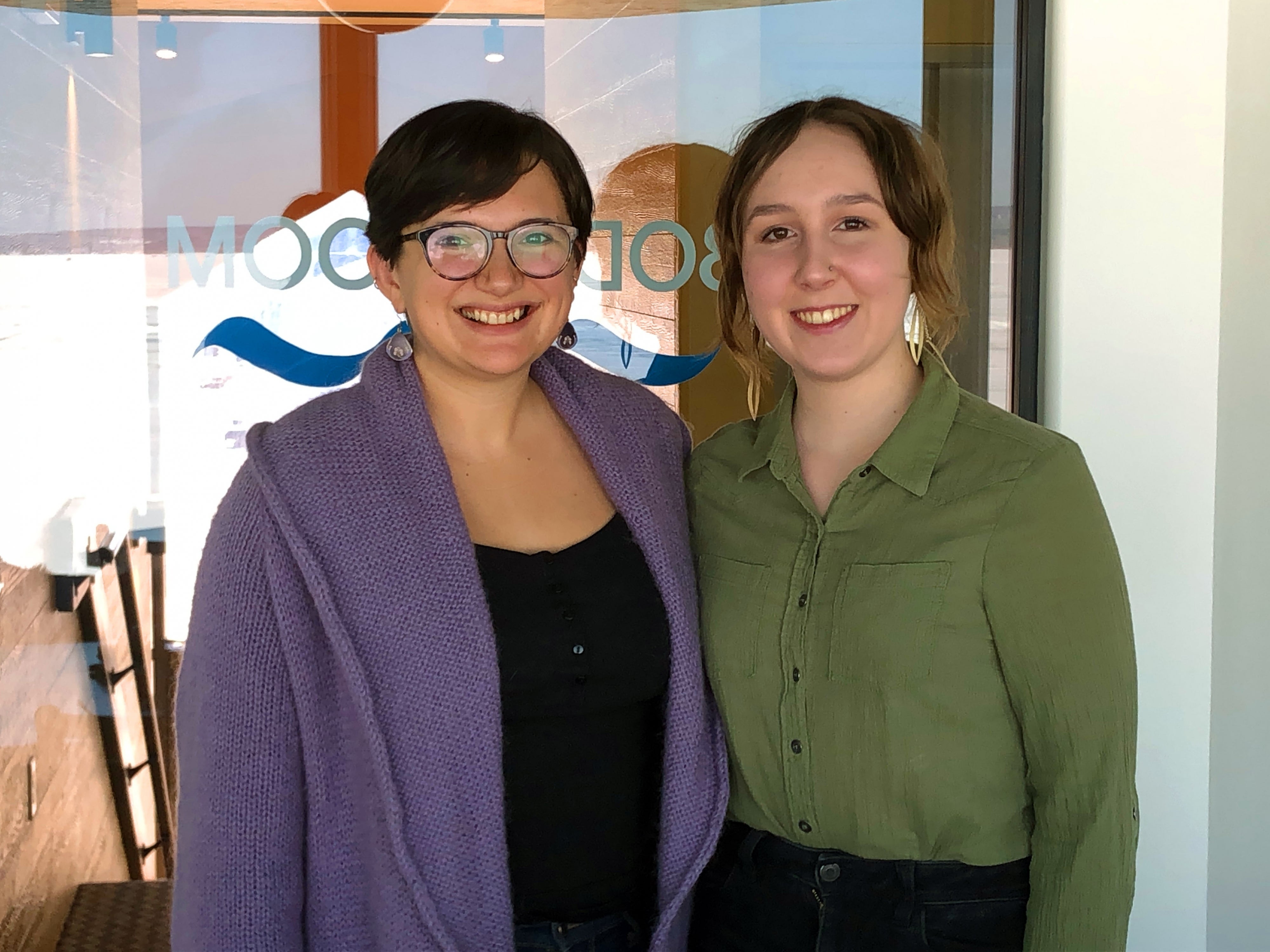 Swartley said living next to Lake Superior's Chequamegon Bay has transformed the way she views the world because of the community's connection to the land and water. Those relationships make her excited to talk with neighbors about why she feels Sanders is the best candidate to become the nation's next leader.

"I've seen him de-center himself time and time again and say, 'This isn't about me. It's about political revolution,'" she said. "This is about getting people together to talk about the issues that matter to us and demand the change that we need right now."

Syverson, the first-time voter, said she's voting for Sanders because of the grassroots support he's built for progressive policies.

Swartley and Syverson aren't alone. Even as former Vice President Joe Biden has captured a string of Democratic primary wins in recent weeks, young people continue to support Sanders. Exit polling shows he's captured their vote in most states that have held primary races so far.

Wisconsin polling suggests he could do the same here.

Because of the spread of the new coronavirus, the circumstances around Wisconsin's April 7 election are already without precedent, and the world looks different here than it did even a week ago.

But polls of Wisconsin voters taken in late February by the Elections Research Center at the University of Wisconsin-Madison and Marquette University Law School showed overwhelming support for Sanders from young voters.

Both surveys were taken before Sanders had captured early primary and caucus states and before Biden's string of victories. But the Elections Research Center survey highlighted that young voters find Sanders inspiring and prefer his policy positions, according to Eleanor Powell, an associate professor of political science at UW-Madison.

The catch, Powell said, is that those young voters don't always turn out.

"What we've seen so far this election cycle is despite the sort of Sanders narrative and sort of evidence that he connects with young voters, he isn't able to translate that into increasing their turnout over past years," said Powell. "The ones who show up at the polls are supporting him, but a lot of young voters are staying home and not participating in the process."

Powell said young voters have historically turned out to vote at lower rates — often below 50 percent.

"What we've seen so far this election cycle is despite the sort of Sanders narrative and sort of evidence that he connects with young voters, he isn't able to translate that into increasing their turnout over past years," said Eleanor Powell, a political scientist at UW-Madison.

Kei Kawashima-Ginsberg agrees. She's the director of the Center for Information and Research on Civic Learning and Engagement (CIRCLE) at Tufts University. She said young voters aren't apathetic, noting they often encounter systemic barriers to voting.

Kawashima-Ginsberg said other factors might include fear of taking time off work if they are hourly employees or challenges related to moving around frequently from place to place. And Powell said young voter turnout might be lower because they lack knowledge about voter ID requirements or whether they would be eligible to vote.

Sanders has acknowledged his campaign's struggles with young voter turnout. In a speech on March 11, following a series of losses in Michigan, Missouri and Mississippi, Sanders conceded that he was losing among people concerned with "electability" but maintained that he was winning the "generational debate."

"The younger generations of this country continue in very strong numbers to support our campaign. Today, I say to the Democratic establishment, in order to win in the future, you need to win the voters who represent the future of our country, and you must speak to the issues of concern to them," said Sanders. "You cannot simply be satisfied by winning the votes of people who are older."

One reason why some might say Biden is more compelling to older voters is that he's often viewed as a continuation of former President Barack Obama's legacy, said UW-Madison's Powell.

A Challenge For Biden

If Biden wins the Democratic nomination given his delegate lead over Sanders, he'll have to work to win over those younger voters who are currently backing Sanders.

Jared Pearson, a 21-year-old UW-Superior sophomore, has decided to back Biden in the 2020 primary and general elections. He admits he liked Sanders' policies more in 2016, but he was uncertain whether the senator could ever actually get them passed through Congress. 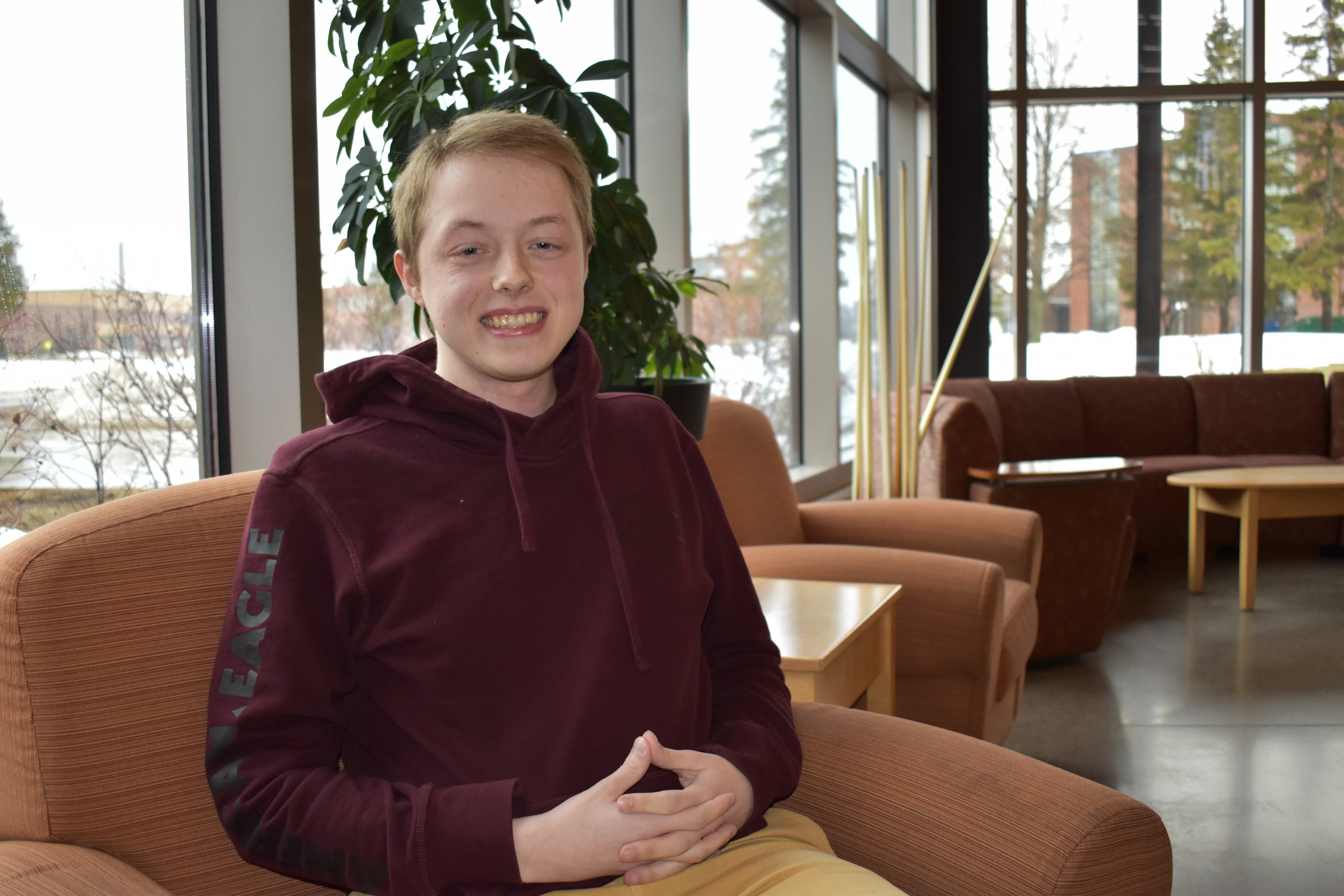 UW-Superior sophomore Jared Pearson is backing Joe Biden because he thinks the former vice president can bridge the divide among Americans. Danielle Kaeding/WPR

Pearson likes how the former vice president views issues like climate change, the economy and the opioid crisis through a global lens. He sees Biden as a dedicated public servant.

"I don't think he's ever made a vote because of his own personal ideology or because of self-interest, and that's really what appeals to me," said Pearson. "Even though I fully expect that if he becomes president in 2020, that it is very likely that there will be times where I disagree with an action of his. But, I don't think I will ever have to doubt his sincerity."

Pearson hopes Biden would bridge the divide among Americans.

"We should move forward into an era of politics, where you can disagree with someone, but still find common ground and still, hopefully be able to recognize that person as a fellow member of the country, of your community and as a human being," he said. "And I believe that is the kind of progress that we need to make, not just for politics, but for society as a whole. And Joe Biden talks greatly about healing the soul of this nation."

If Biden wins the nomination, Pearson hopes the former vice president can rally Sanders' supporters. Both candidates said in a CNN debate they would support whoever receives the nomination to defeat President Donald Trump.

Syverson and Swartley, the Sanders supporters, say they will support Biden in that case. But, the thought doesn't excite either of them.

"It's going to be a lot harder for me to do that with my neighbors, given Biden's track record, given, given his more moderate policies," said Swartley. "But, you know, I'm still — I'm still willing to do that.”

Syverson added that electability and enthusiasm don't always go hand in hand. She thinks it's time for the country to move beyond the same ideas that have historically won the White House.

While the outlook looks favorable for Biden, UW-Madison's Powell said any range of factors from major gaffes to the new coronavirus could determine who wins the nomination.

"I think if we've learned anything from 2016," Powell said, "it's that predicting the future is a very perilous business in American politics these days."