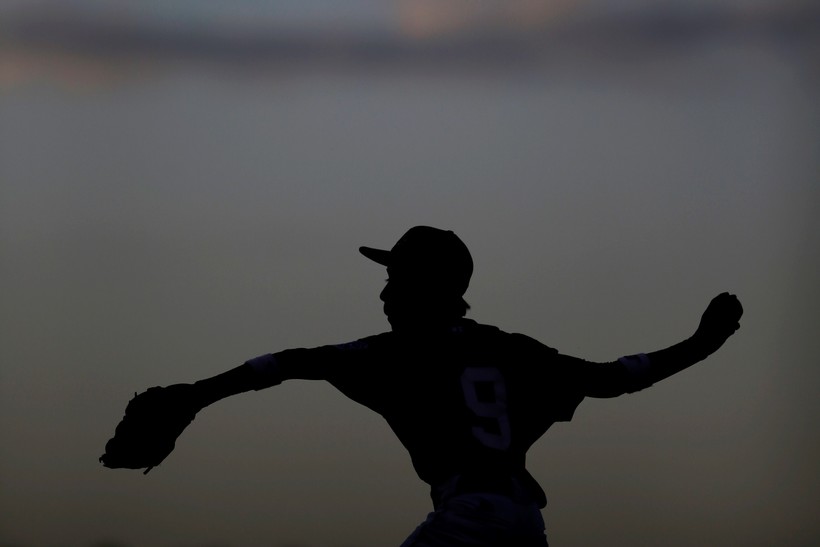 For Young Athletes, Specializing In One Sport Can Be Damaging, Physician Says

Professor: It's Much Healthier, Potentially Safer To Diversify Activities
By Elizabeth Dohms-Harter
Share:

Consequences from young athletes specializing in one sport at an early age can include burnout, injury and loss of interest, but these can be prevented by exposing children to more of a mixed bag of activities, according to a New York-based orthopedic surgeon and sports medicine expert.

Dr. Charlie Popkin, an assistant professor of orthopedic surgery at Columbia University Medical Center and an assistant attending physician at NewYork-Presbyterian Hospital, said research shows that overexposing children to one sport doesn't keep them on the field longer and in fact might be doing them more harm than good.

"We've started to gain some research that is clearly starting to show that there is an association with overuse-type injuries," he said.

For example, a study published in the American Journal of Sports Medicine revealed that youth who played one sport for eight months were three times more likely to suffer an overuse injury in the hip or knee.

Those injuries might include Osgood-Schlatter disease, which is a knee injury caused by overuse or trauma to the upper shinbone area, stress fractures and tendon inflammation.

"We're also seeing a big spike in ACL surgery in the knee and Tommy John surgery in the elbow for those baseball players that are unfortunately playing year-round," Popkin said.

Popkin said it's important for coaches and parents to foster enthusiasm for the sport as a way to help youth stay engaged for the long haul. It's healthier for young players to make that decision rather than hear it as a directive from a parent.

Such a pattern of being told what to do can lead to emotional burnout.

"I think there is a myth out there that you need to specialize super early," he said. "And you know, our research and from others is showing that that's just not the case, particularly for team sports. If you're starting that early, there's a really high burnout risk that is very real."

An article published in UConn Health advises children spend no more hours per week playing sports than their age. That same article also states that specialization is beneficial at the high school level and not necessarily before, a sentiment echoed by Popkin.

Some organizations such as USA Baseball, which governs amateur baseball in the U.S., are recognizing the effect of youth burnout and have recommended that youth play baseball no more than nine months of the year, and such an acknowledgement has earned praise from Popkin.

Other organizations have begun efforts to educate parents, coaches and athletes about the effects of overplay and how to prevent it.

The website StopSportsInjuries.org, a product of the American Orthopaedic Society for Sports Medicine, lists potential injuries to watch for in a variety of sports and ways to prevent them. For example, baseball players should rotate positions so they're not constantly pitching, avoid pitching on multiple teams at the same time and never use a radar gun.

The website also advises a certain number of pitches per game for age groups.

"Kids bodies and brains are meant to grow to a variety of activities," Popkin said. "And when you specialize in that early, they're losing that ability to adapt and be adaptable."