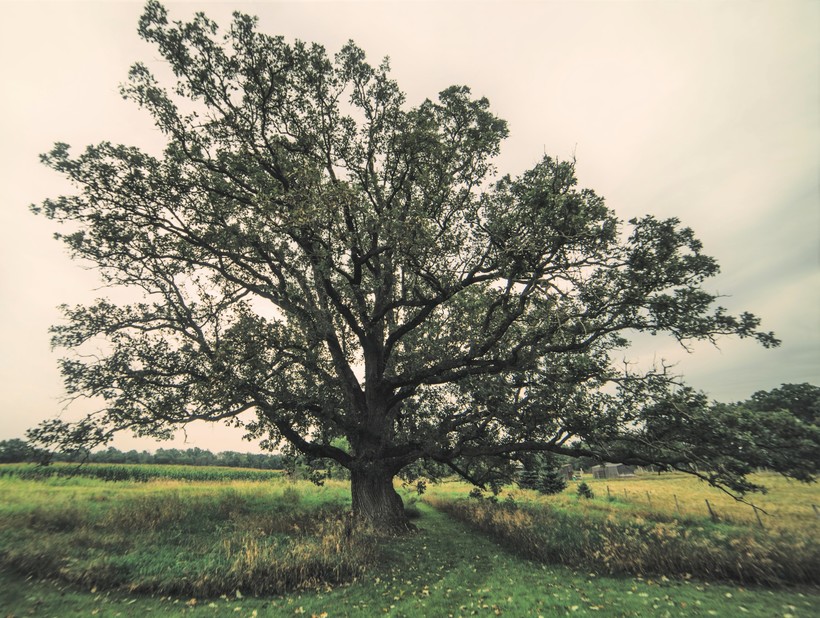 It started as an acorn in southeastern Wisconsin in 1711. Today, it's the biggest, and one of the oldest, bur oaks in the state.

The giant tree, a Wisconsin champion, is found on a farm owned by Tizza and Glenn Meyer in Waukesha County — which means on a typical day, you can't just check it out.

But Oct. 5, the Meyers are opening their farm up to the public for Oaktober Fest, an event hosted with the Waukesha County Land Conservancy to raise money for the organization, which protects 3,000 acres of land across Waukesha County.

Tizza Meyer, who affectionately calls the tree "the Queen," said the event is a celebration of the great oaks.

"They give us virtually the air we breathe," she said. "Many of the different species of oaks have fallen to disease — the white oaks and the red oaks — and so far the bur oak has been healthy and we want to keep it that way."

Tizza likens the tree to a "giant elephant foot." The base is 23 feet around and it reaches more than 62 feet into the sky. Bur oaks are muscular trees and their branches will grow all the way to the ground if not pruned.

"The bur tree grows very similarly to the live oak of the South," she said. "They're beautiful, beautiful, healthy, strong, muscular trees."

"The Queen" is in good company at the Meyers' farm, which has been around since 1843. Eleven other trees on the property are also more than 200 years old, Tizza said.

In 1988, climatologists from the University of Wisconsin-Madison discovered how old the trees were when they took bore samples to study climate change in old trees.

Tizza said she thinks of the tree as history.

While the Meyers owns the land, she doesn't think of herself as the owner of the trees, she said.

"I feel that Mother Nature provides all of us with absolute wonder," Tizza said. "Anything we have on this earth that is as spectacular as this tree should be shared. I love sharing it."

What It's Like To Stand Beside A 300-Year-Old Tree 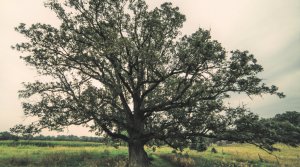 At an upcoming event, the public will be able to visit the state's biggest bur oak tree. We talk to the farm owner looking after the tree about what makes it special and why they considered it important enough to share with people.