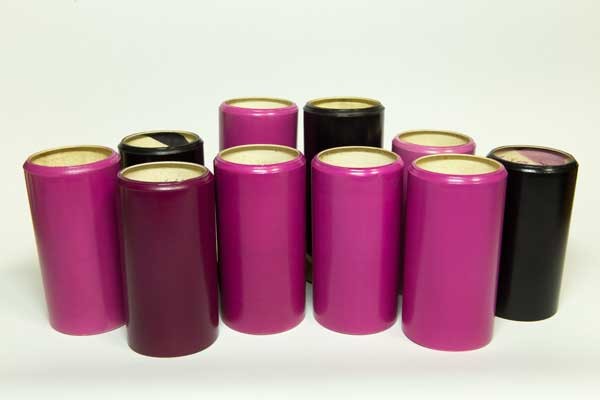 Along with Neil Diamond’s 1969 "Sweet Caroline" and a speech from Robert F. Kennedy, the earliest known recordings of Yiddish music are now officially considered national treasures.

In March, 11 cylinders that are part of the University of Wisconsin-Madison's Mayrent Collection of Yiddish Recordings were added to the Library of Congress’ National Recording Registry along with 24 other songs, albums and collections that have aesthetic, historical or cultural significance.

Recordings have been inducted into the registry since 2002. The 2018 picks were made by Librarian of Congress Carla Hayden, whose position is tasked with choosing 25 titles each year. The selections must be at least 10 years old.

"It’s really significant to preserve this slice of history of immigrant culture, especially in New York City of Eastern European, primarily Ashkenazi Jews, in the city," said Tom Caw, the music public services librarian at Mills Music Library, located in the basement of the Memorial Library on UW-Madison’s campus, where the collection is housed.

This is the first time recordings exclusive to the university have made the registry.

"It's amazing to us because we have already done our work of preserving them, we've found value in them, of course, and now the Library of Congress has deemed them valuable enough to the nation's recorded history of sound," Caw said.

The recordings were likely made between 1901 to 1903 and recorded in New York City by the Standard Phonograph Company. They were re-released by the Thomas Lambert Company in Chicago and picked up the nickname Lambert cylinders as a result.

Recorded onto these wax cylinders are operatic arias, cantorial hymns, folks songs, broadside ballads — "The kinds of things that people might have sung on street corners based on topical themes of the day," Caw said. Sounds were etched into the surface of the cylinder from the wave forms of the vibrations, explained Caw. A stylus would ride the grooves during playback on a cylinder phonograph and reproduce the sounds.

Caw said the recordings were first copied by collector and historian David Giovannoni. They were cleaned up by Archeophone Records, which the Madison library partnered with to release digitized versions of the songs onto a 2016 CD, "Attractive Hebrews."

The collection made its way to the university after one of Giovannoni's connections, Henry Sapoznik — also a founding director of the Mayrent Institute for Yiddish Culture at UW-Madison — solicited help from Sherry Mayrent. Mayrent's donations of more than 9,000 78 rpm recordings established the Mayrent Collection of Yiddish Recordings.

"Henry got Sherry aware; she acquired the cylinders to be part of the Mayrent collection," Caw said.

Although these songs wouldn't have necessarily been considered money-making hits, Caw explained that sheet music publishers and record companies knew they could create a niche by catering to the demographics that produced the talent they were recording.

"The companies knew they could sell and market back to the immigrant population, both in New York City and then beyond, because there were other immigrant communities in other cities in the United States," he said.

To listen to the 11 Yiddish recordings, visit the Mayrent Collection website and search for "Lambert."

The 2018 recordings added to the National Recording Registry are: 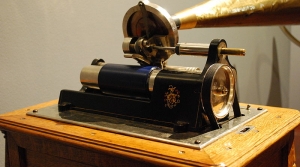 UW-Madison's music library is home to wax cylinders holding the oldest known recordings of Yiddish songs, made between 1901-1905. We talk to a librarian about the music, which is now part of the National Recording Registry.