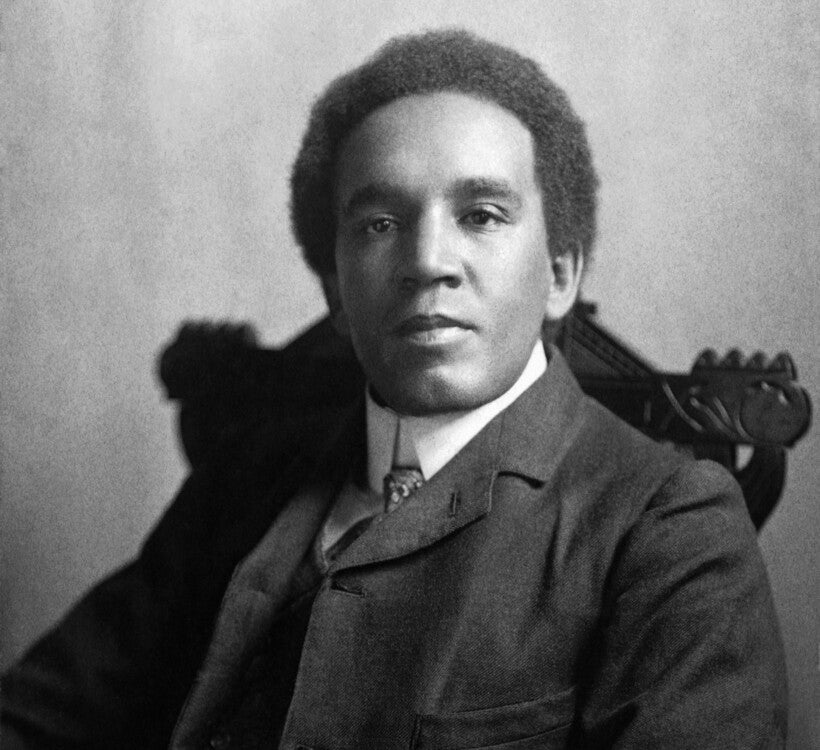 Coleridge-Taylor was born in England in 1875 to an English mother and African father. He showed remarkable musical gifts at an early age, and in spite of racial barriers became a successful and popular composer, touring the U.S. in the early 1900s. His popularity even resulted in an invitation to visit President Theodore Roosevelt at the White House.

He also became increasingly interested in traditional African music, and began incorporating it into his own works. One example is this dance from his "African Suite":

Coleridge-Taylor also wrote arrangements of a number of traditional melodies. One of the best-known is "Deep River":

The music that made Coleridge-Taylor famous was "The Song of Hiawatha," a set of cantatas based on poetry by Henry Wadsworth Longfellow. This overture sets the stage:

One of his most highly-regarded and frequently-performed works is this "Petite Suite" for orchestra:

There's much more to explore. We’ll feature a wide range of Coleridge-Taylor’s music during the week of Aug. 15, and share more of his fascinating biography.