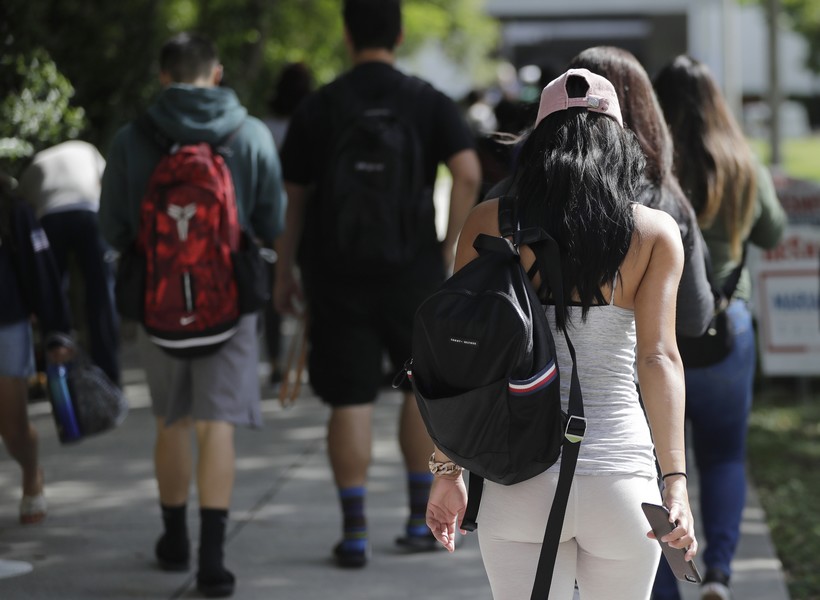 Would Refinancing Student Debt Provide The Most Benefit To Borrowers?

A 2017 report from the federal Consumer Financial Protection Bureau showed people in Wisconsin had more than $24 billion in student loan debt as of 2016.

Evers recommends creating an advisory group that would consist of the state treasurer, executive secretary of the Higher Educational Aids Board and the secretary of the state Department of Financial Institutions. The group would provide a report to the Legislature on the operation of the refinancing authority, as well as projected costs and staffing needs.

DFI Secretary Kathy Blumenfeld said the average Wisconsin graduate has more than $30,000 in debt while speaking with reporters at the University of Wisconsin-Superior on Tuesday.

"Their rates are often very, very high — higher than they need to be — so I think the state through the governor’s budget can really help people out where they need it most," said Blumenfeld.

Lt. Gov. Mandela Barnes, also speaking in Superior, said refinancing could lighten their load and keep students in the state.

"If students know or people just graduating from college know they can come to Wisconsin to further their career and have an opportunity to lessen their burden of student loan debt so that they can make other decisions like purchase a home, purchase a car, start a family, move out of their parents’ house that will be very substantial for the entire state," said Barnes.

Sen. Dale Kooyenga, R-Brookfield, who chairs the Senate Committee on Universities, Technical Colleges, Children and Families, said he’s open to studying the possibility. However, he said the state would benefit more from examining the underlying costs of education.

"We need to hit that sweet spot that says student should have equity in their education, but at the same time, education should be affordable," said Kooyenga. "We should allow students to get on with their 20s, to purchase a home, to start a business, to start saving for their own kids’ college without having the burden of debt around their neck the rest of their adult life. We need to do more, but I think the first step is to look at the underlying costs of education and continue to tackle those issues."

"There may be people for whom refinancing to a lower rate will help them, but it will likely help them only marginally," she said.

"People who have lots of debt also tend to have lots of education. They borrow a lot, pay a lot for college and then they have a lot to pay back, but for the most part have a high salary to pay that back with," said Akers.

In some cases, people with lower income wouldn’t have payments affected at all by lower interest rates because their payments are constrained by how much they make. Akers said it also raises questions as to whether students would have access to the same safety nets offered by the federal government. For example, a person who loses a job could go on income-based repayment and have their monthly payment reduced.

"It’s not a crazy idea for a state to say that we want people in our state to have access to a more robust set of safety nets, but I think the motivation of giving lower interest rates to borrowers is probably not the right one," she said.

Blagg noted that research by think tank New America found households would save on average about $8 per month with student loan debt refinancing. She also added that federal unsubsidized loans have fixed interest rates around 5.05 percent for undergraduates while graduate students pay a slightly higher rate of 6.6 percent on unsubsidized loans.

"Our concern is that there are lots of protections embedded in the federal system in terms of being eligible for income-based repayments," she said.

Barnes said student debt refinancing is an issue on which Wisconsin has an opportunity to take the lead. "We can’t leave anything to the federal government right now," he said. "Not if we want to see something get done."