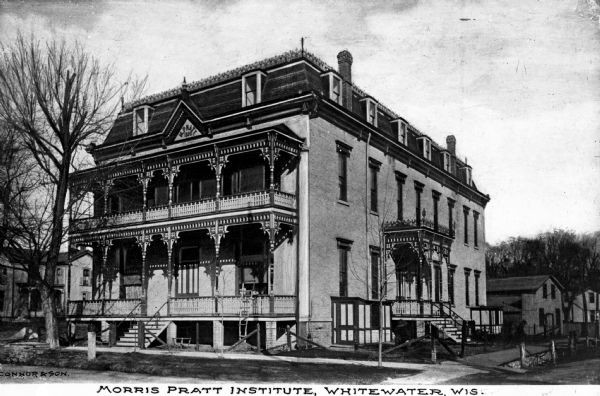 The world’s first school of spiritualism, the Morris Pratt Institute, was incorporated Dec. 11, 1901 in Wisconsin. Its founder, Morris Pratt, used his fortune to fund a school for the scientific teaching of spiritual truths.

Morris Pratt was born in New York and moved to Wisconsin in 1840 as a young man with his three brothers. He built a successful farm and soon became active in spiritualist circles in southern Wisconsin.

Spiritualism began in upstate New York in the 1840s and became extremely popular in the mid-19th century, particularly during and after the Civil War in the northeast and Midwest. Among its beliefs was the idea that people could contact the spirits of the dead. These spirits were thought to live closer to God so communing with them would help the living understand God’s purpose. Spiritualists believed strongly in science, arguing that the spiritual world was subject to the same natural laws as the earth. 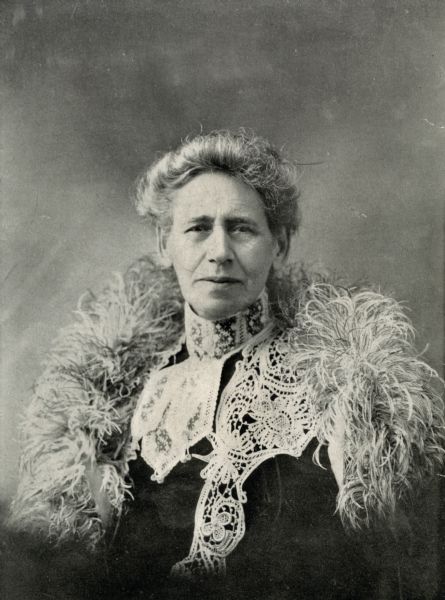 Pratt remained a fervent believer and practitioner of spiritualism throughout his life. In the 1880s, he met with well-known Wisconsin medium Mary Hayes-Chynoweth, who used her skills for psychic healing but also gave financial advice. Under the guidance of her controlling spirit, a long dead German professor, she told Pratt to invest in land in northern Wisconsin. It turned out to have some of the richest iron ore in the state and made Pratt incredibly wealthy.

Pratt had promised that if he ever became wealthy enough he would invest in the teaching of spiritualism. True to his word he began building his "Temple of Science" in Whitewater. The residents of Whitewater had another name for it — "Pratt’s Folly."

The building was finished in 1888 and spiritualists from around the United States and Canada came to its opening ceremony. Pratt’s institute operated throughout the 1890s but was not formalized into the Morris Pratt Institute with an official slate of classes until after Pratt’s death in 1902.

Courses at the school fell into two areas. The first consisted of courses found at any school like grammar, history, oratory, math, and geography. The second area, open only to practicing spiritualists, consisted of psychic research, mediumship, and the science of séances, among others. The school dedicated itself to rejecting "nothing because it is new and unpopular; it accepts nothing because it is old and popular. It seeks only truth."

The school was open to both men and women, and its general education courses could be taken by anyone in the community. Still, many people in the community weren’t sure what to make of the school, and it was often referred to as the "spooks temple." During the Depression, the school suffered financially like many other businesses, closing for three years and eventually moving to the Milwaukee area.

The Morris Pratt Institute still exists today in Wauwatosa. It remains one of the few places in the world dedicated to the study of spiritualism.