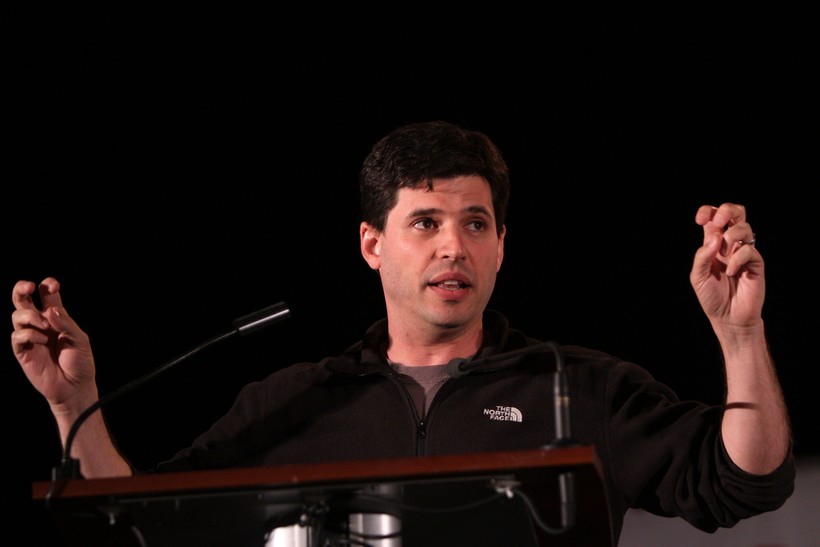 “Even if the catalyst, the enemy, is fictional, which is zombies, the preparation is very real. You know, people ask me if I have a zombie preparedness kit, and I say yeah, it’s just my earthquake kit,” said Max Brooks on Friday. Photo: Gage Skidmore (CC-BY-SA)

In a time when real-life horror stories like Ebola outbreaks and journalist beheadings dominate the news, it might seem like people no longer need fictional scary movies or books.

But according to Max Brooks, the author of “World War Z” and the comic series “The Extinction Parade,” people need horror now more than ever. He said that whereas real-life horror might lead people to put up their psychological defenses, fictional horror is a little more digestible.

“I think it’s human nature that when a threat is too real, such as Ebola or (the Islamic State Group), people tune out,” said Brooks. “They don’t want to hear it. It’s too scary. But if you present these facts with the veneer of science-fiction or horror, then it allows people to still sleep at night and hopefully, hopefully, digest some of the lessons from the real world,”

One of the lessons that Brooks said he’s trying to teach in “The Extinction Parade” is that when people get things handed out to them in life, they are unprepared for adversity. The series is about a zombie outbreak, told through the eyes of vampires. The vampires have been on the top of the food chain for centuries and aren't ready to deal with the consequences of the outbreak.

Brooks said that with this work, he wants people of every generation to understand the power of struggle and how failure makes someone stronger. He said that today, especially children, often don’t have the opportunity to fail and pick themselves back up.

“I grew up seeing what happens to the kids who had it easy, and they do not make for good adults,” he said.

Of course, preparing for adversity might be different for people who don’t have a horde of zombies chasing after them. Brooks said that it’s all about taking risks and viewing failure as a chance to get smarter and stronger.

“The truth is, it’s not about how awesome you are. It’s how resilient you are,” he said.