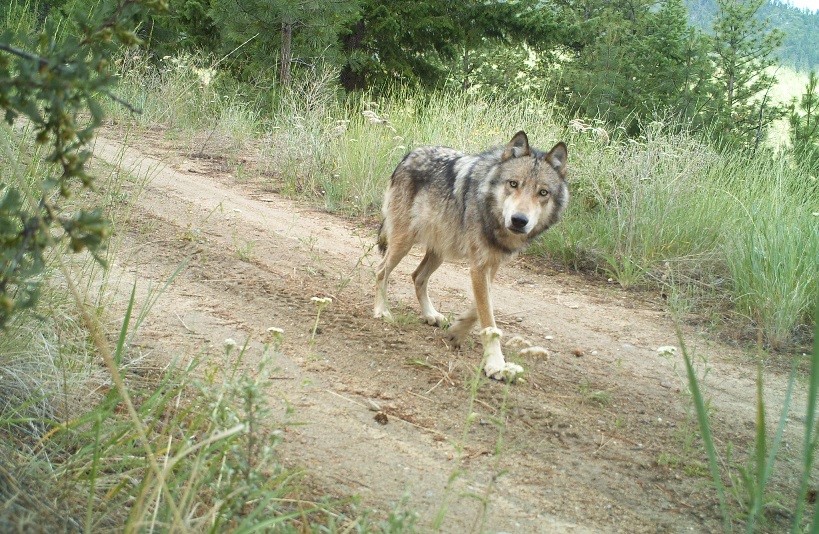 Speakers at a "wolf summit" in northern Wisconsin say the state's wolf population is out of control and Congress must allow a hunt to protect livestock, dogs and residents.

The presentations called for Congress to pass legislation overturning a 2014 federal judge's decision to place gray wolves in the Great Lakes states of Wisconsin, Michigan and Minnesota back on the endangered species list after it had been de-listed in 2012. Many of the speakers focused on what they called negative impacts of keeping wolves on the list, which included stories of unchecked wolf packs killing livestock, hunting dogs and pets.

Mahler, who heads the police force in Michigan's Upper Peninsula town of Marenisco, said wolves have become so prevalent that they've killed dogs in back yards and stalking residents and children.

"If I get a call and there’s a wolf and it’s a threat to a child or someone in my community I will shoot that wolf. Plain and simple," said Mahler.

That line drew strong applause from an audience full of livestock owners and bear hunters, some of whom testified about losing animals to wolves. Mahler suggested that if Congress doesn't allow hunters to kill wolves and control the population, more people will be forced to shoot them illegally.

Douglas County Board Chair and Wisconsin Farmers Union member Mark Liebaert raises grass-fed beef and said he's lost calves to wolves but can't do anything to stop them.

"The farmers up there have no options anymore," Liebaert said. "If my neighbor’s dog comes over and starts chasing my cattle, state law allows me to shoot that dog, yet I could have a wolf attacking my calves and killing them and I can’t even confront it in a manner that would even make a problem for it. I can’t shoot it, I can’t harass it and that is unacceptable."

Texas attorney Ted Lyon began his speech by highlighting successful efforts to get wolves off of the endangered species list in western states like Montana. He then discussed what he called myths spread by environmentalist-extremists.

"What's really interesting is that people were told wolves don't attack people," said Lyon. "Wolves do attack people. They do and they do it regularly."

He backed up his claim with a list of three people killed by wolves in Alaska and Canada since 2005.

Lyon rounded out his presentation, as did others, with a call for action. He encouraged attendees to pressure U.S. Sen. Ron Johnson and representatives, including House Speaker Paul Ryan, to pass pending legislation that would de-list wolves and allow states to set up hunting seasons.

Wisconsin's wolf hunting season ran from 2012 to 2014 with hunters taking 374 wolves overall. More than 16,000 hunters applied for wolf tags during that time.

Of all the speeches, PowerPoints and testimony, none called for keeping federal protections of gray wolves in the Great Lakes region. In fact, groups opposed to wolf hunts like the Humane Society of The United States said they offered to speak at The Great Lakes Wolf Summit but were denied. State Director Melissa Tedrowe, who did not attend, suggested the event was more about politics than ecology.

"I’d say the goal of today’s summit was to showcase a minority opinion that’s totally out of step with the majority of Wisconsinites who appreciate wolves, who understand their ecological role and who want them protected and managed in a reasonable way, which wasn’t happening under state management," said Tedrowe.