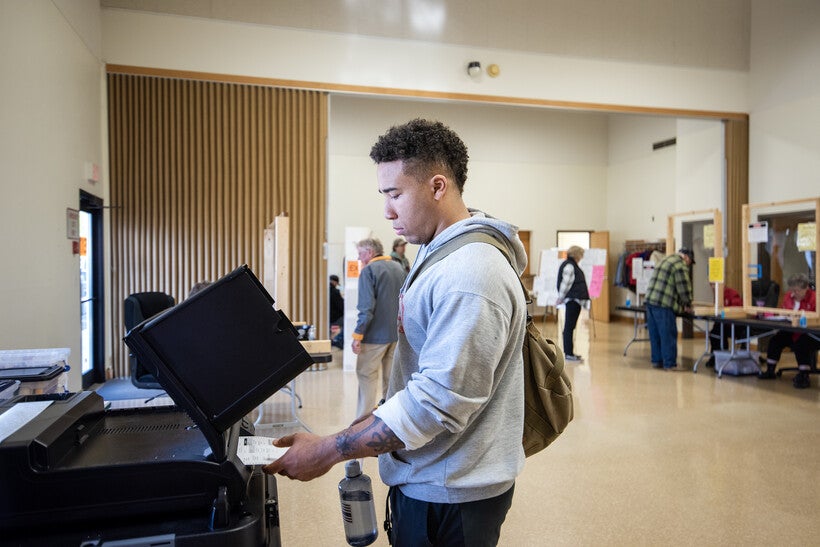 Wisconsin's voter turnout was high in this November's election, but still lower than 2018

Turnout in last week's election appears to have been exceptionally high for a midterm, although it was still outpaced by Wisconsin's record voter participation four years ago.

Statewide turnout was higher this fall — both in terms of absolute numbers and as a percentage of eligible voters — than any other midterm election going back decades with the exception of 2018, according to the Election Commission's data.

In 2018, Wisconsin turnout smashed records for a year without a presidential ticket on the ballot, when 59.43 percent of eligible voters cast ballots in Wisconsin's race for governor, in which Democrat Tony Evers narrowly won his first term and unseated Republican Gov. Scott Walker.

Barry Burden, a political science professor at the University of Wisconsin-Madison, attributed high turnout in recent congressional elections in part to the effect of former President Donald Trump, who was elected in 2016.

"Increasing turnout everywhere, not just in Wisconsin, really is a phenomenon that happened after Trump took office," said Burden, who directs the university's Elections Research Center. "He's no longer in office, but I think is enough of a presence in American politics and it was enough of a factor in this year's elections that it continued to bring out lots of Democratic voters and lots of Republican voters."

Although vote totals are unofficial until they're certified in the coming weeks, numbers tallied from The Associated Press as of Friday indicate at least 2.65 million Wisconsinites voted in this fall's race for governor.

That's close to 19,500 fewer voters compared to the number that cast ballots in the 2018 race.

By early Wednesday morning it was clear that Gov. Tony Evers had won his bid for a second term, and the Democratic Party appeared to be in a position of strength for pivotal elections next year and beyond.

Vos reelected Assembly Speaker, says it's time for GOP to move on from Trump

After spending the past year at odds with Donald Trump, Robin Vos will be Speaker of the Wisconsin Assembly again. And Vos thinks it's time for Republicans to move on from the former president.