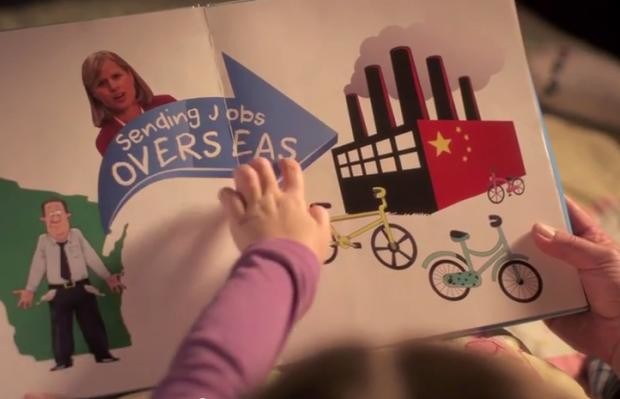 Wisconsin's Political Ads Have Been Most Negative In Country, Find Media Scholars

The campaign ad war in Wisconsin's race for governor is shaping up as the least positive in the country, according to new data from an organization that tracks political commercials.

The Wesleyan Media Project report found that during a two-week span from mid- to late September, just under 4 percent of the ads in the Wisconsin's governor's race were positive. Roughly 35 percent were “contrast ads” that say something nice about one candidate and something bad about the other. Nearly 62 percent of all campaign ads were strictly negative.

Wesleyan Media Project Co-Director Erika Franklin Fowler said it should be no surprise that the ad war is so negative in a closely divided state like Wisconsin.

“I know citizens don't like it, but if you think about the pure positive spots, they often include a lot of flags, a lot of puppies and a lot of families, which don't give you the sort of substantive information that you would need to distinguish candidates on the important policy issues,” said Fowler.

Fowler said whether negative ads increase or drive down turnout can depend on when voters see them. For voters who have not been paying a lot of attention to a campaign, Fowler said negative ads can trigger anxiety.

“And so it can be good from that perspective — if you know citizens don't necessarily pay a lot of attention, a little anxiety can be a good thing in driving information seeking. But after you have chosen a candidate, if you're exposed to negativity about that candidate, it makes you less likely to turn out because you're not going to change your candidate choice,” said Fowler.

While Wisconsin had the distinction of being the least positive governor's race, Maryland's contest did have a higher percentage of strictly negative ads.

The Wesleyan Media Project is the successor to the now defunct Wisconsin Advertising Project, which tracked political ads from 1998 to 2008.