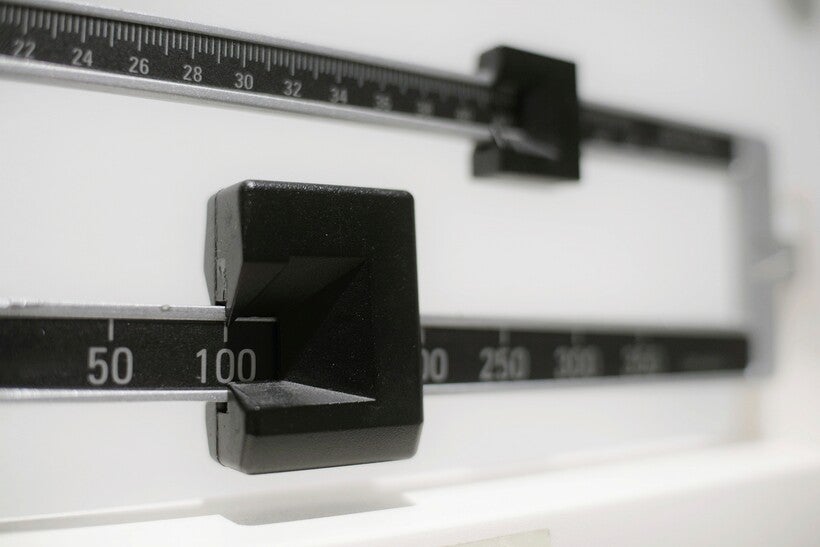 This April 3, 2018, photo shows a closeup of a beam scale in New York. Patrick Sison/AP Photo

Report By Trust For America's Health Shows Nearly A Third Of Residents Are Obese
By Shamane Mills
Share:

Federal health data shows obesity rates went up in 33 states last year. Wisconsin remained stable with 32 percent of the state's residents qualifying as obese — a number above the national average of nearly 31 percent.

"These latest data shout that our national obesity crisis is getting worse," said John Auerbach, president and CEO of Trust for America’s Health which compiled a report using the federal statistics.

A number of health providers and advocacy groups in Wisconsin have put out recommendations to curb obesity which increases risk for Type 2 diabetes, high blood pressure, stroke and many types of cancers.

The Wisconsin Medical Society called obesity a "major public health epidemic" in a policy paper which calls for changes to increase physical activity and healthy food.

But a 2016 survey of Wisconsin doctors indicated only 31 percent reported having sufficient tools to assist patients with obesity counseling.

The report by Trust for America’s Health — a Washington, D.C.-based health policy organization — makes 31 policy recommendations to reduce obesity. They include making access to nutritious food a priority in food-assistance programs and including increased taxes on sodas and sugary drinks.