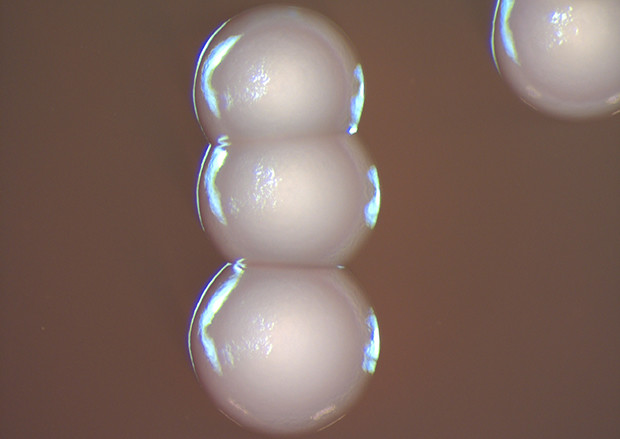 Dozens of cases of Elizabethkingia infection have been identified in Wisconsin.

Over the winter of 2015-2016, public health officials identified an outbreak of blood infections in Wisconsin caused by the bacteria Elizabethkingia anophelis. On March 2, the state's Department of Health Services announced officials were investigating a series of infections by the bacteria among 18 patients. Between Dec. 29, 2015 and Jan. 4, 2016, the agency's Division of Public Health was notified of six potential cases of Elizabethkingia infection, and initiated a statewide disease surveillance plan on Jan. 5. Upon initially identifying infections in Wisconsin, DHS officials coordinated with health care providers to locate and treat additional cases. The agency also called in help from the U.S. Centers for Disease Control and Prevention, which is assisting with the identification of infections and determination of a potential source for the outbreak.

"Determining the source of the bacteria affecting patients in Wisconsin is a complex process," said Wisconsin state health officer Karen McKeown in a March 2 press release. "While we recognize there will be many questions we cannot yet answer, we feel it is important to share the limited information we have about the presence of the bacteria, as we continue our work to determine the source."

Since this initial announcement, officials with DHS confirmed 63 cases of Elizabethkingia anophelis infection occurring between Nov. 1, 2015, and June 29, 2016. There are also four additional cases where patients tested positive for Elizabethkingia infection, but specimens in these cases were not retained and therefore could not be tested for the outbreak strain. Most individuals who have been infected are older than 65, and all were already experiencing at least one other major health issue. As of June 29, a total 18 people in Wisconsin with confirmed infections have died, and there has been one other death in one of the unconfirmed cases. "It has not been determined if these deaths were caused by the infection or other serious pre-existing health problems," reported DHS. Additionally, multiple Illinois residents infected with Elizabethkingia anophelis have died, though only one with the strain causing the outbreak in Wisconsin.

State and federal health investigators are looking into multiple other potential cases, and the number of confirmed cases may increase, with DHS announcing new figures each Wednesday. Several of these other cases have tested positive for Elizabethkingia infection but cannot be confirmed as the same strain of anophelis, noted the agency, "because the outbreak specimens are no longer available to test."

"Most of the time we'll see very sporadic cases, maybe one or two a year if that," said Safdar in a March 9 interview on Wisconsin Public Radio's "Central Time." "And most of them are in the context of some association of the health care facility. Here, many seem to be occurring in the community. It's single-state but yet multicounty outbreak, and it's the largest of its kind thus far."

"This is probably the largest (outbreak) we've seen," concurred Dr. Michael Bell, deputy director for the Division of Healthcare Quality Promotion at the Centers for Disease Control and Prevention, in a March 11 interview with Wisconsin Public Television's "Here And Now."

In its search for a source, the CDC initially suspected tap water, reported Wired, but that did not turn out to be the culprit. And as reported by the Wisconsin State Journal, investigators have also tested skin care and other personal care products, as well as over-the-counter and prescription medications, focusing on health care facilities and patients' homes. Overall, investigators have been trying to collect as much information as possible from patients to identify potential overlaps that might point to a single source for the outbreak.

Safdar says the outbreak is not of concern to people who are not facing challenges with their immune systems. "I think the general public need not worry about it because even though it's (Elizabethkingia) everywhere in the environment, it infects a very small proportion of people," she told WPR. "I think the action really needs to be on the side of health care providers and facilities to immediately detect and identify it, and then report it to the Division of Public Health to aid them in their investigation."

Meanwhile, more infections are being identified in other states. On March 17, the Michigan Department of Health and Human Services announced that a resident from the western part of the state had an infection linked to Elizabethkingia anophelis and subsequently died. This patient was an older adult with existing health conditions, a background similar to those infected in the Wisconsin outbreak. The CDC informed the MDHHS on March 11 that it had matched the bacteria sourced from this infected patient to the strain identified in the Wisconsin outbreak.

A CDC spokesperson told the Associated Press on March 17 that the agency did not know how the Michigan patient was infected. "(I)t shouldn't be assumed that this person has been in Wisconsin because it’s the same geographic region," Melissa Brower told the AP.

The state of Michigan responded to a CDC alert seeking potential cases of Elizabethkingia infections. As a result, the MDHHS communicated with medical providers and laboratories via its Michigan Health Alert Network to review records for any identifications of the bacteria since Jan. 1, 2014. On Feb. 29, 2016, the Michigan Bureau of Laboratories identified Elizabethkingia in a recent blood sample and sent it to the CDC for confirmation.

"Michigan has worked closely with the CDC and Wisconsin Health Department to alert our provider community about the Wisconsin outbreak and to ensure early recognition of potential cases in our state," said MDHHS chief medical executive Dr. Eden Wells in a March 17 press release. "Timely diagnosis is key to ensuring patients receive appropriate treatment, and we will continue to provide updates and guidance as additional information becomes available."

The state of Michigan announced it will continue to work with the state of Wisconsin and the CDC to search for additional cases of infection and identify the source or sources of the outbreak.

On April 12, the Illinois Department of Public Health announced that it confirmed a resident of the state was infected with the same strain of Elizabethkingia anophelis responsible for the Wisconsin outbreak. The department issued alerts in February and March to hospitals in the state to report Elizabethkingia infections and save tissue specimens for possible testing.

"llinois is working closely with the CDC and Wisconsin and Michigan health officials to investigate this outbreak and develop ways to prevent additional infections," said the department's director Dr. Nirav D. Shah, in a news release.

The Daily Herald reported April 13 that the Illinois resident died subsequent to being infected with the bacteria, and identified the patient as a 52-year-old resident of Lake County, which is located across the Wisconsin border. Illinois Department of Public Health spokesperson Melaney Arnold confirmed that the patient died, and said this person did suffer from an underlying health condition. Arnold confirmed that the infection was in northern Illinois, but did not say in which county or confirm media reports' information about the patient's age and location.

On April 20, the Illinois Department of Public Health announced it had identified a cluster of Elizabethkingia anophelis infections around the state, though the specific strain of bacteria is different from the one responsible for the Wisconsin outbreak and the previously identified case in Lake County. Working with the CDC, the department identified a total of 10 infections in Illinois, with a total of 6 patients having since died. As is the case in Wisconsin, most patients are over 65 years old and had underlying health conditions.

Illinois health officials are continuing to investigate Elizabethkingia infections, working with the CDC and their counterparts in Wisconsin and Michigan.

Editor's note: This report has been updated with new information from the Wisconsin Department of Health Service, Illinois Department of Public Health, and Centers for Disease Control and Prevention. It includes state health department reports on Elizabethkingia infections through June 29.