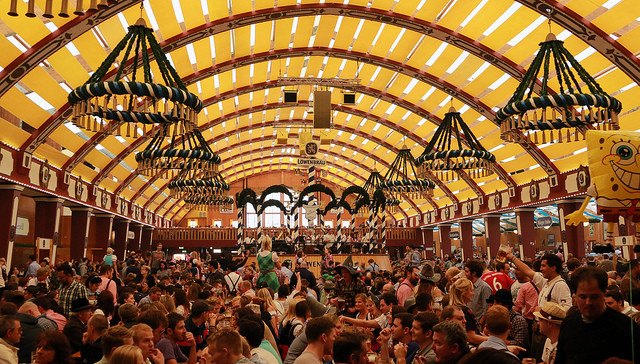 When it comes to alcoholic superlatives, Wisconsin sweeps the rest of the country: Compared to every other state, it has the highest percentages of people who are drinkers, binge drinkers and drunken drivers.

According to Julia Sherman, the coordinator for the Wisconsin Alcohol Policy Project in Wisconsin, pointing to German ancestry is a cop out.

“It’s been too many generations,” she said. “Germany has passed from the living memory of Wisconsinites.”

Sherman said there are examples throughout Wisconsin history that demonstrate ancestry isn't behind the state’s drinking culture. In 1838, the Wisconsin territorial legislature created a dry county in Walworth, in the southern part of the state. Moreover, Wisconsin had a thriving temperance association long before it had any commercial breweries.

Sherman also pointed to New England to disprove the German-heritage theory. That region also has high levels of alcohol consumption, but its German heritage is proportionally much smaller.

Sherman suggested that a more likely factor behind Wisconsin’s drinking culture is race.

“The white population has a higher rate of drinkers than any of the other racial groups,” she said.

Sherman said that besides race, there are four main reasons for Wisconsin’s high rates of alcohol consumption. She calls them “the four As”:

Availability: “Alcohol is literally everywhere. It is sold in far more locations in Wisconsin that in other places,” said Sherman.

Affordability: “We have some of the lowest alcohol prices in the country,” she said.

Attractiveness: “There is a tremendous amount of alcohol advertising,” said Sherman. She pointed to the commonplace alcohol advertisements on public transit in the state as an example.

Acceptability: “We have very relaxed social norms,” said Sherman. “There is an expectation that we will all drink.”

Editor's Note: This story is the first part of a week-long series, “On the Rocks: A Look At Wisconsin's Alcohol Culture" on WPR program, "Central Time."