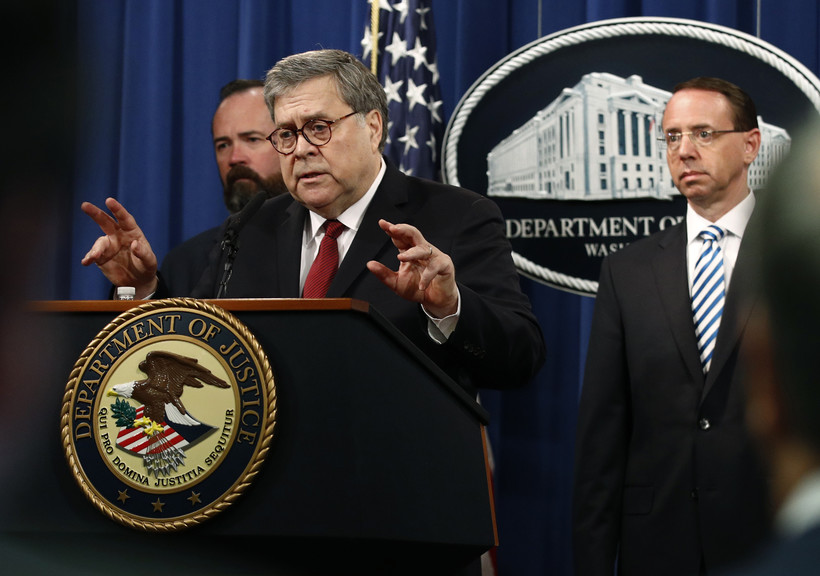 Wisconsin’s congressional delegation is weighing in on the release on Thursday of a redacted report on special counsel Robert Mueller’s investigation into Russian interference during the 2016 presidential election.

Some Republicans, like U.S. Rep. Sean Duffy, said the report confirms there was no collusion between Russians and President Donald Trump’s campaign.

But Democrats, like U.S. Rep. Gwen Moore, said the U.S. House Judiciary and Intelligence committees should be able to see a full, unredacted copy.

"Just the few excerpts that I was able to read, it said that there was substantial evidence that the president attempted to prevent the investigation into his campaign and into his own conduct," Moore said in an interview with WPR on Thursday.

Moore added she’d like to hear from Mueller himself. (U.S. Rep. Jerry Nadler, N.Y.-D, and chairman of House Judiciary Committee, said he will issue a subpoena for the full report and has asked Mueller to testify before the committee by May 23.)

Democratic U.S. Rep. Mark Pocan said there were at least 10 instances that occurred were the president’s conduct could have been considered potential obstruction. However, he said people involved refused to violate ethics and the law, such as allegations by James Comey, former director of the Federal Bureau of Investigation.

"But, we still know the president asked people to break the law, and I think that’s relevant," said Pocan. "In some cases, there’s a question I think of whether or not the Department of Justice was given a directive that you can’t indict a sitting president — if that had an influence on the decision, which is all the more why having Mr. Mueller appear before a committee will give us the most clear picture."

Republican U.S. Rep. Bryan Steil said in a statement that he has consistently called for Mueller’s report to be released to the public.

"The American people deserve transparency," said Steil. "Like many Americans, I am now reading through the details of the released report."

A spokesman for Democratic U.S. Rep. Ron Kind said in an email Thursday, the congressman will not form an opinion on Mueller’s findings until he has read through the 448-page report.

"We've known for several weeks there was no collusion, and it's important for us to learn how the special counsel arrived at this conclusion," said Gallagher. "In contrast to the politicians and pundits who made up their minds before this 400-page document became public, I look forward to taking the next 72 hours to thoroughly review the full report. Those who used their platforms to mislead the American people during the last two years would be wise to do the same."

U.S. Sens. Ron Johnson and Tammy Baldwin agreed Thursday that Americans aren’t getting the full story on the results of the special counsel’s investigation. However, Johnson — a Rebpulican — told WPR’s "The Morning Show" that he thinks redactions made to the report about grand jury testimony and classified information are probably appropriate. However, he added that doesn’t mean it won’t be frustrating to sift through and interpret Mueller’s findings.

"We’ll see whether the American people get the full information here. I kind of doubt they will. It’s one of the reason I never really supported a special counsel being appointed right up front," said Johnson. "I think that should’ve been the last step in the process. We should’ve concluded congressional investigations, which are always hampered when there’s an ongoing criminal investigation."

Baldwin, a Democrat, tweeted that she will give a thorough look at the redacted report.

I will thoroughly review what has been released & I believe it will make a strong case for AG Barr revealing to every member of Congress what he withheld. President Trump has not been exonerated; he is not cleared of wrongdoing. We need the full Mueller report, the full truth.